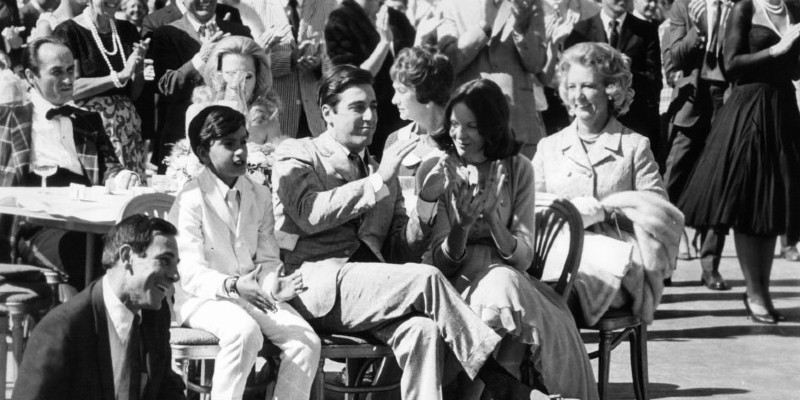 Mark Seal, author of a new book on the making of The Godfather, looks at the story's influence on David Chase's masterpiece.

Like all of my mob-drama-obsessed brethren, I anxiously awaited The Sopranos prequel, Many Saints of Newark, which aired on HBO on October 1. Not for the blood or the body count but for what has elevated the mob canon of books, film and television since Mario Puzo published his novel The Godfather in 1969: Family. 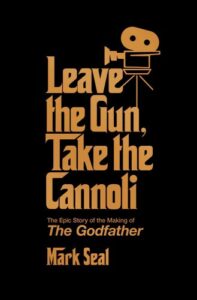 Sopranos creator David Chase became transfixed with the Corleones while studying for his master’s degree in film at Stanford. “I was just ready for that book,” he would tell Stanford magazine of Mario Puzo’s Biblical novel. Decades later, battle-scarred from toiling on TV shows like The Rockford Files and Northern Exposure, Chase embarked upon the road to creating The Sopranos.

David Chase’s Sopranos conjured up Mario Puzo’s Godfather in portraying its characters as a family unit, just as Puzo had in writing the novel that he hoped would become the life raft to his near bankrupt existence, Puzo knew that creating the Corleones as family men, instead of mere brutes, was the doorway to his reader’s hearts. He had written two previous novels for art, and both had left him broke and disillusioned. Now, he was doing it for money, determined to produce a bestseller that would rescue him from his gambling debts and near financial destitution, which of course The Godfather delivered so many times over.

As I wrote in Leave the Gun, Take the Cannoli, my new book about the making of The Godfather, Mario Puzo’s family Corleone took the world by storm:

“On September 21, 1969, after twenty-six weeks on the bestseller list, The Godfather reached No. 1, where it would remain until it was dethroned by The French Lieutenant’s Woman on February 8, 1970. The novel went through reprint after reprint, as bookstores rushed to keep up with the demand. In modern-day parlance, Puzo had discovered a way to make mobsters relatable. ‘It was Puzo’s genius to turn them into family men,’ observed author Maria Laurino in the Wall Street Journal. “All those elaborate passages in The Godfather which describe the family patriarch presiding over weddings and baptisms and then ordering murders gave a new dimension to the image of the Italian father. Movies had always shown the murders but never told us that these men had daughters and godchildren.”

The Sopranos, both the series and the prequel, picked up where Puzo and Paramount and later films left off in playing the Mob Family trump card. Of course, Paramount, and its dashing head of production Robert Evans, were resistant to even turning The Godfather into a film, despite the novel’s raging best seller worldwide rise. Then, Evans’ right-hand man, Paramount’s vice president of production Peter Bart, suggested giving the project to the young Italian-American director Francis Ford Coppola, who didn’t want to do it until he read beyond the novel’s lurid sex and blood and found the key: “one of a classic succession concerning a great king with three sons, each of whom had a single element of what made the king great,” Coppola said, later adding, “The oldest was given his passion and aggressiveness, the second his sweet nature and childlike qualities, and the third his intelligence, cunning, and coldness.”

The rest, of course, is cinema history, which David Chase recognized long before he created his mob family TV drama which would transfix its HBO audience over six seasons and 86 episodes. He originally envisioned the series as a film whose “central dynamic” would be Tony Soprano’s rocky relationship with his mother, he told The Guardian in 2019, “the mother who was problematic and sent to a nursing home; she was his real enemy.”

Mario Puzo also had a problematic mother, who, while illiterate, wielded language like a weapon. He used her as the model for his matriarch Lucia Santa in his 1965 autobiographical novel, The Fortunate Pilgrim. In one scene, Lucia rebukes her son for not doing his share of chores and disappearing from the house, ready to smash him with a rolling pin. “By Jesus Christ, I’ll make you visible,” Lucia Santa threatens. “I’ll make you so black and blue that if you were the Holy Ghost you could not vanish. Now, eat. After, wash the dishes, clean the table, and sweep the floor.”

Some of the  most memorable lines uttered by Vito Corleone, in both novel and film, came from the mouth of Puzo’s bombastic mom, he would say, including “Revenge is a dish that tastes best when it is cold,” and “a man who doesn’t spend time with his family can never be a real man.”

As for David Chase, his agent told him “mob comedies weren’t happening,” he said—just as Paramount in Puzo’s day believed that mob films didn’t play, because of the studio’s 1968 Kirk Douglas mob bomb called The Brotherhood.

But Puzo and Paramount trudged forward, as did Chase, who was asked to create a TV version  of The Godfather, which Chase declined. At the time, he was in psychological therapy, and out of the therapy sprang an idea. “I was thinking, not The Godfather, but I have that thing about the guy going to therapy,” he told The Guardian. “Maybe I’ll try that.”

Thus came Jim Gandolfini as Tony Soprano, pouring his hardened heart out to Dr. Jennifer Melfi, played by Lorraine Bracco, as his tyrannical, ever-complaining mother, Livia, brought to cantankerous life by the late Nancy Marchand, who rages about her wayward son with fire and brimstone in her signature New Jersey whine: “Depressed? My father came to this country with seventeen cents in his pocket and never made a peep. What’s he got to be depressed about? Nobody threw him into the glue factory, and sold his house out from underneath him!”

Also following The Godfather tradition, which helped invent the sequel and then the prequel, The Sopranos prequel Many Saints of Newark takes us back to 1967, when Tony was a teenager and the family’s crooked future was unfurling.

“Tony Soprano, the mob boss in ‘The Sopranos,’ was many things: husband, father, animal lover, lady-killer, sociopathic capitalist, pop culture sensation,” began The New York Times September 29, 2021 review of Many Saints. “Americans like their villains on the soft side, and Tony famously suffered from inner turmoil, manifested in panic attacks, to go with the blood on his hands. A mobster in therapy – with a sexy female shrink, no less – generated bountiful narrative tension, as did his overlapping gangland and extended families.”

That of course is the secret of success: that these mobsters, these killers, are fathers and grandfathers, uncles and brothers, cousins and friends, a magic trick, first performed by Puzo and later by David Chase, that transformed the mob into myth. Like almost everyone who watched the series, I felt I knew Tony Soprano, so much that when I saw the actor who played his television son, A.J., alone in the sun at a Mexico resort, I wanted to go over and ask how he had been faring since his television father Tony’s 2013 real-life death from a heart attack.

I felt exactly the same way about the Corleones, emerging from a theater after first watching The Godfather in 1972, still a college freshman but now, having seen the movie, no longer a kid. The Corleones weren’t mere fictional characters; they were real. And through the wizardry of words and celluloid, that mob family became my family, our family, an integral part of the American family, which endures, from The Godfather to The Sopranos and forever more.

Mark Seal is the author of the new book, Leave the Gun, Take the Cannoli: The Epic Story of the Making of the Godfather, now available from Gallery Books. Seal joined Vanity Fair as a contributing editor in 2003, covering stories as varied as the Bernie Madoff scandal, Ghislaine Maxwell, Tiger Woods, the fall of Olympian Oscar Pistorius, the making of classic films such as Pulp Fiction, and many more. His 2016 Vanity Fair article "The Over the Hill Gang," about a gang of retired thieves who pulled off the biggest jewel heist in British history, was the basis of the 2018 film, King of Thieves, starring Michael Caine. In addition to Leave the Gun, Take the Cannoli. he is the author of the books Wildflower and The Man in the Rockefeller Suit. His website is Mark-Seal.com. 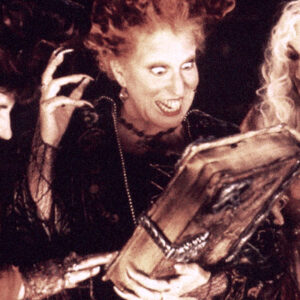 You may be thinking, lately, "what's with all the horror content on CrimeReads? This is a crime fiction site!" And yet, like...
© LitHub
Back to top