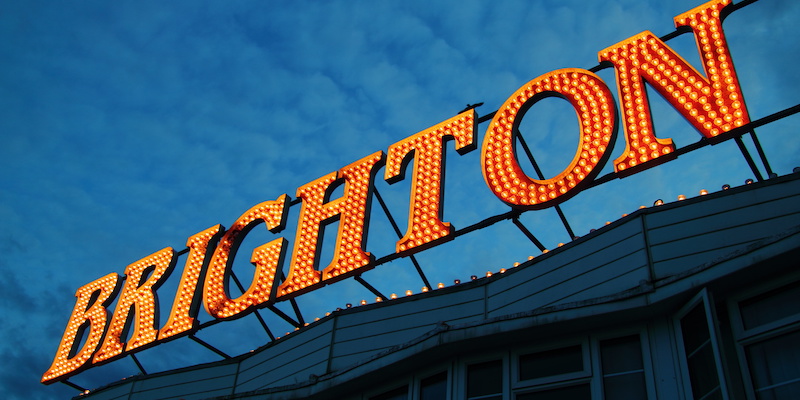 Writing Assassin’s Lullaby, a high-octane story of a former Mossad operative who has become a highly skilled contract killer in New York, meant taking a journey to some elements of the neighborhood of my past.

The story involves a former Mossad operative who is now a contract killer working for various factions of the Russian-Ukrainian mob in New York City. He risks his life by floating anonymously between factions who are occasionally at war with each other.

An integral part of the story revolves around events taking place in Brighton Beach, Brooklyn. While I’d left Brooklyn years earlier, I had memories and an affectionate attachment to the old neighborhood.

As such I drew on these elements in constructing the storyline of Assassin’s Lullaby. I also had become friendly with an Israeli who’d had some tangential connections to the Mossad when he’d lived in Israel.

Having lived in Manhattan Beach, Brooklyn (the neighborhood right next door to Brighton Beach) I became aware of Brighton Beach’s slowly changing demographics over the course of a number of years. At some point in the late 1980s I began hearing more Russian and Ukrainian being spoken in various stores and restaurants, and saw the widespread proliferation of Russian and Ukrainian restaurants. That meant, among other things, tasting Russian dishes such as borscht, pelmeni, blini, shashlik, and smetana.

In addition to learning about Russian-Ukrainian food, I also became aware of various mob activities reported in newspapers and on television. Mob-related names like Marat Balagula, Boris Nayfeld, and Evsei Agron became frequent topics in the news.

Eventually, feuds erupted between the Balaluga and Agron mob factions for control of various criminal activities. At times, the streets were blood-soaked. Newspaper and television stories covered these events, and I learned that the Russian/Ukrainian mafia was regarded as one of the most influential types of organized crime coming out of the former USSR after its collapse in 1989.

For one thing, following the breakup of the Soviet Union, large stockpiles of lethal arms were left in Ukraine. These weapons began disappearing from their storage depots and thus arose the illicit trafficking in these arms throughout the world. It was eventually  learned that between 1992 and 1998, some $32 billion in military material disappeared from military depots in Ukraine. They were eventually traced to West Africa and Central Asia as part of the international trade in war materials. Such weapons often ended up in the hands of insurgents as well as established governments.

Soon afterwards, the crime syndicate began trading in illegal drugs and became a major player in the narcotics traffic from Central Asia (among other locations, Afghanistan) to Central Europe and beyond.

At one time during the decade of the 2000s The Ukrainian mafia cooperated with the Neapolitan Camorra in the cigarette smuggling business. They’ve never missed an opportunity to expand their business activities to areas beyond the borders of Ukraine or Brooklyn, New York. The Bratva also teamed up with other criminal organizations and has been heavily involved in human trafficking throughout Europe and the Middle East.

This eventuated in a widespread network of brothels populated by women forced into years of sexual servitude. According to various sources, when the women grow older and are no longer sexually marketable, they may be killed so their organs can be  distributed as part of the organ trafficking trade.

The most famous of the Russian and Ukrainian crime organizations is the Odessa mafia, named after the Black Sea port city of Odessa.  When Odessans and other Russian-Ukrainian refugees began migrating to New York City, specifically to Brooklyn, they brought many of Odessa’s most infamous criminals along with other people having nothing to do with crime.

The Odessa mafia is based in the Brighton Beach section of Brooklyn. It is regarded as the most powerful post-Soviet criminal organization in the U.S. Over the years, it’s expanded its operations to Los Angeles, Miami , and the San Francisco Bay areas, where it’s established connections with local Armenian and Israeli crime figures.

They are now far more powerful than the Italian mafia and because of language differences along with the secretive nature of the organization, the federal government has not been able to penetrate them in any substantial way.

The Odessa mafia is known to be involved in protection rackets, loan-sharking, murder-for-hire, human and narcotics trafficking (especially in the distribution of Ecstasy), and is infamous for fuel tax fraud.

Vicious feuds erupted in the 1980s and 1990s between Odessa gangsters such as in the internal war between the Balagula and Agron factions and later, between the Nayfeld brothers and Monya Elson’s faction.

In writing Assassin’s Lullaby I tapped into some of those neighborhood legends in which one faction led by a pakhan (a faction leader who is equivalent to an Italian mafia Don) plans the assassination of the pakhan of another faction, (reminiscent of the fraternal wars depicted in Mario Puzo’s The Godfather) thus causing  a war to erupt in which both sides must “go to the mattresses.”

Despite the current war between Russia and Ukraine, the Odessa mafia is a well-entrenched organization with a generous intermingling of both Russian and Ukrainian criminals. For the Bratva, as it has always been, it’s still business  as usual.

It strikes me that while I was writing pure fiction and incorporating elements of the Mossad and the Odessa mafia into the story, a substantial portion of Assassin’s Lullaby is based on real life events.

It seems clear that at times, the line between fiction and real life can indeed be blurred. 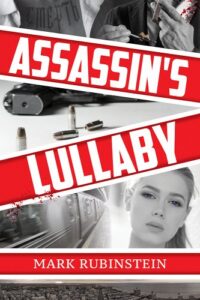 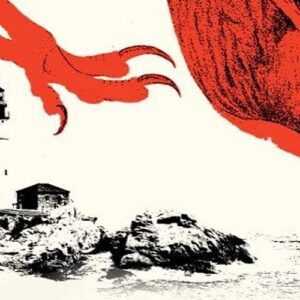 Another week, another batch of books for your TBR pile. Happy reading, folks. * Sarah Vaughan, Reputation (Atria) "Vaughan...
© LitHub
Back to top