Welcome to Graphic Content—an irregular interview feature here at CrimeReads where I’ll sit down with some of the best talents in the graphic novel medium to talk about their love for crime fiction and how it’s influenced their work. My 2018 interview with Ed Brubaker can be considered a spiritual cousin to the series, if you want to hop there after reading this one.

Howard Chaykin doesn’t mince words. Some who know him might say that’s an understatement. His critics would choose other words to describe the versatile and sometimes controversial writer/artist.

The acclaimed—and, he’d probably tell you “acclaimed” is another term for “low-selling”—comic book creator of independent series like American Flagg!, Power & Glory, Black Kiss, and Hey Kids! Comics!, not to mention beloved stints on a myriad of corporately owned characters like The Shadow, Batman, Wolverine, Star Wars, and more, was a hardscrabble kid raised in Brooklyn and Queens with a passion for art and comics. Chaykin was a student of comic book art legends like Gil Kane, Wally Wood, Syd Shores, and Jack Abel before pivoting quickly into his own career, due in part to a few bits of work with superstar comic book creator, Neal Adams, who connected him with the folks at DC Comics.

From that point in the early seventies until today, Chaykin has worked steadily in comics, aside from a handful of years spent writing for television. One thing that remains consistent across his various gigs is a fearless, brutally honest look at the human condition, and an undying passion for all things crime and noir.

Though some might think Chaykin was a lifelong reader of noir or pulp novels, the discovery came later. Mostly sticking to sci-fi and comics as a kid, it was the efforts of two DC Comics editors that turned him on to some of the great works of the genre. 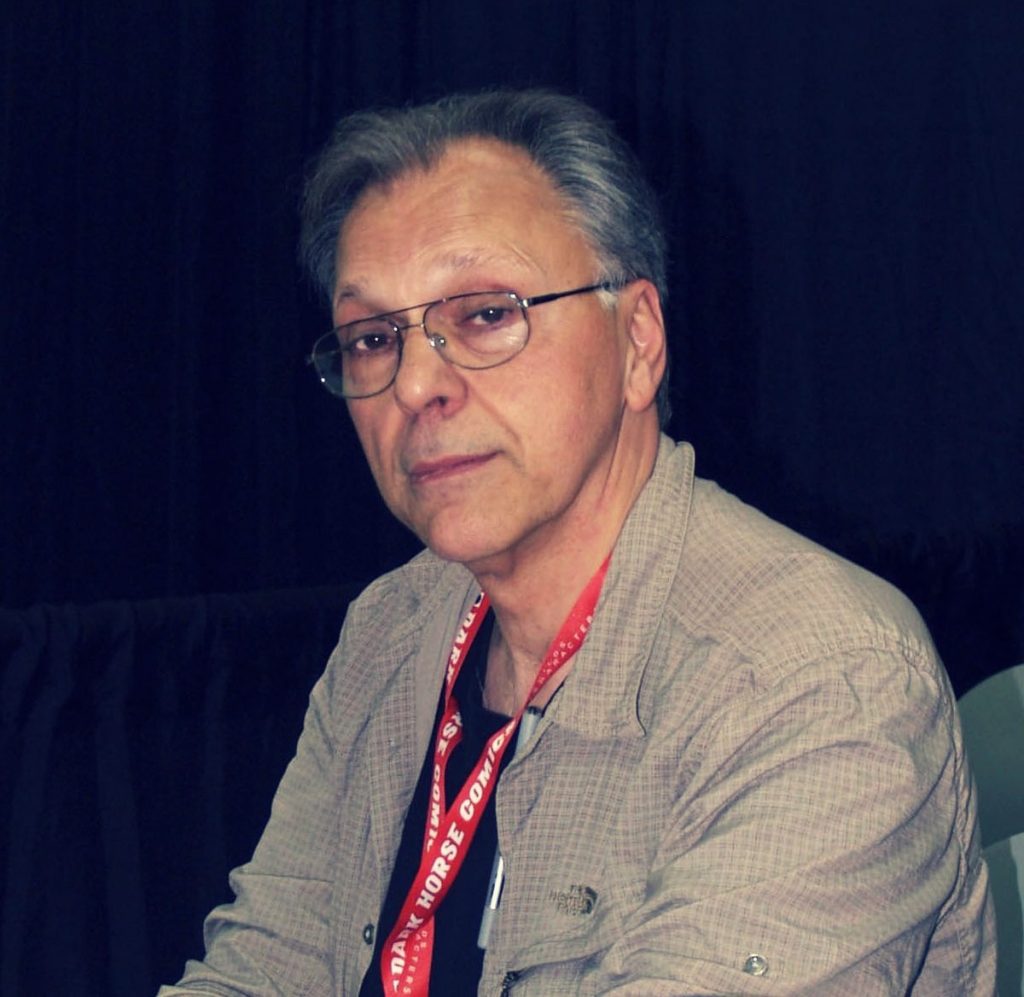 “To a profound extent, it was [DC Comics editor] Archie Goodwin who first shoved me towards crime fiction,” Chaykin said. “I’d read shallowly in Hammett and Chandler, but his influence led me to completism in both their catalogues. He also handed me the Richard Stark Parker novels as well as Rex Stout’s Nero Wolfe novels.”

A few years later, while trying to collect a debt, Chaykin found himself being paid off in books.

“In the early/mid 1980s, Andrew Helfer, then an editor at DC comics, owed me some money, and in lieu of cash, he used a credit at Otto Penzler’s store,” Chaykin said with a laugh.  “He had a pretty clear idea of where my tastes stood, and he introduced me, mostly via the Black Box series, to Burnett, McCoy, Goodis, Thompson, Ellroy, Charyn and Behm, the latter three the only authors on the list still alive back then—and, perhaps not so coincidentally, they all ended up being profoundly influential on my work in that decade.”

The suggestions started Chaykin on a lifelong obsession—one that would feed into his comic book work almost immediately, blending with other passions, like, jazz, sci-fi, pulp, and sex, to create Chaykin’s signature style of graphic storytelling. Like many, he feels the term “noir” has become overused, and holds firm to a much clearer definition of what makes a story truly “noir.”

“Noir is, to my mind, a narrative form in which moral acuity is nowhere to be found,” Chaykin said. “The protagonist and antagonist are frequently interchangeable, interacting in a bleak landscape that is often a visual metaphor for the character’s internal emotional and spiritual damage. The word is too often applied to anything that feels vaguely and romantically retro, mostly based on costume and lighting, as opposed to clashes between damaged men and women fighting over scraps of dignity.”

Like the world of comics, crime fiction is littered with the work of the underrated, overlooked, and ignored. Chaykin is quick to point to a few that are deserving of more readers and attention.

“The Black Mask boys I mentioned seem to have slipped away from public consciousness, and all deserve to be better remembered,” Chaykin said. “I’m also a huge fan of Marc Behm, in this particular regard The Eye of the Beholder, and the still with us Jerome Charyn, who has veered away from his crime novels and become a master of historical narrative—with his Isaac Quartet, a perfect legacy of crime narrative with a point of view unavailable anywhere else.”

Like most anything else he discusses, Chaykin doesn’t shy away from unpopular opinions, including how he feels about beloved crime fiction icons like Ross Macdonald, Mickey Spillane, and more.

“I don’t share many people’s enthusiasm for either of the McDonalds,” Chaykin said. “I find the Travis McGee novels painfully twee, and for all his pretensions, Ross McDonald wrote one good book and kept revising it under a different title. I also find Mickey Spillane unreadable…and in a perverse and odd way, I also can’t bear Agatha Christie, but I still hold Dorothy Sayers in some esteem. Go figure, right? And I guess Lawrence Block, along with Elmore Leonard, Ed McBain, and Donald Westlake are a generation and general sensibility unto themselves. These four men represented a great mid-century American way of thinking about crime, criminals, and the post war world.”

But Chaykin doesn’t just reside in crime fiction’s storied past—he considers himself an active and tuned-in reader of today’s best.

“I read a lot of contemporary crime fiction,” Chaykin said. “I am crazy about George Pelecanos, and have been since his first Nick Stefanos novel. It was Dennis Lehane’s second book, Darkness Take My Hand, that sold me on his Boston stuff. I first discovered Megan Abbott via her noir pastiches, and dug the hell out of them—and I continue to love her stuff. I also must mention Thomas Perry, Lee Child, John Sandford…as well as a few names that might not be so familiar…Chuck Logan, the late Gene Izzi, John Lawton…”

Comics are no stranger to the genre of crime. During the post-WWII years, the medium boasted a variety of popular styles and stories, unlike today’s more superhero-focused market. Crime and horror comics—most notably those produced by industry leader EC Comics—proved the most popular, and soon found themselves targeted by critics, like Frederic Wertham and, later, the U.S. Senate via hearings on the more tawdry books’ effect on children and teens. The fallout lead to not only the creation of a self-policing organization known as the Comics Code, which Chaykin points to as a main reason the audience for comics was ‘infantilized,” but also to the watering down of the violence, gore, and sexual content that made that era’s crime comics appealing to teens and adult readers. But it wasn’t the death knell for crime comics—just a setback.

“I was a part of that generation that discovered crime comics in the 1970s, in the reprints, first of no quality then abruptly with reverence,” Chaykin said. “Although EC’s CRIME SUSPENSTORIES was hardly a crime comic book—rather, it was a stream of variations on bad marriages where divorce was never considered as an option while murder was the obvious choice—still, the look of this material, in particular the brilliance of Johnny Craig, is deeply informed by the fatalism and nihilism of the novelists I’ve mentioned, as well as the sort of movies reflecting his outlook. His stuff owes an unacknowledged debt to Cornell Woolrich. And Wallace Wood’s rotting urban disturbia in SHOCK SUSPENSTORIES completely informs my mind’s eye view and understanding of Jim Thompson and David Goodis. In terms of more recent crime comics, I loved the first few arcs of 100 BULLETS.  I’m very fond of the CRIMINAL series, as well.”

While Chaykin is a practitioner of comics and an avowed fan of crime fiction, he’s avoided, due the volatile marketplace, doing a straight crime comic himself.

“It seems reasonable to point at my revival/reboot or whatever the fuck you want to call it of THE SHADOW back in the 80s as my first foray into making crime comics—although TIME(SQUARED) incorporates a great deal of imagery and mannerism from the world of crime fiction and films noir,” Chaykin said. “BLACK KISS and its subsequent sequels are inoculated with a crime comic book sensibility with pornography and a frisson of horror. SATELLITE SAM—which Matt Faction refers to as Howard Chaykin fan fiction—qualifies as a crime comic book, as does MIDNIGHT OF THE SOUL, which aims directly at that moral ambiguity that I love most in the work of say, Goodis, Thompson and the better Ellroy stuff.”

Like the best crime fiction, Chaykin’s work is well versed in the morally ambiguous protagonist, as opposed to the steel-jawed, superheroic superman.

“My work more often than not betrays that hero with a wound thing, with a protagonist who is far from morally sound—and informs my interest in telling stories without a hero who does the right thing, that right thing as defined by an audience trained to love this romantic vision of the world,” Chaykin said. “And don’t get me started with the “rich guy who had a bad day when he was eight and turns to wage war on crime” model, either.”

As noted earlier, Chaykin’s blunt demeanor—as a personality and in aspects of his work—hasn’t always avoided controversy. This was most recently seen in the critical response to his 2017 series The Divided States of Hysteria, which sparked a heated discussion over the book’s portrayal of victimhood, specifically graphic scenes involving trans and marginalized characters. He has remained steadfast in his defense of what’s most important to him—the work.

“The ‘response,’ I’d like to point out—came from critics who hadn’t bothered to actually read the book, presuming a foreknowledge of intentions,” Chaykin said. “And also by a clique of morally performative and self serving colleagues who are now dead to me. It’s also worth noting that none of this criticism has been directed at me in any of my various personal appearances. It is, rather, a phenomenon solely and of course, typically, only available on social media.”

Chaykin continues to produce at a pace that would be impressive for someone half his age. His latest story, Hey Kids! Comics! serves as a fictional history of the comic book business, which, inadvertently, leads one back into the realm of crime.

“I’m working now on the second arc of Hey Kids!,” Chaykin said. “Not to be too reductive, but at heart, this is Mad Men in the comic book business, and although not in any way a crime comic book, any actual knowledge of the curious history of our odd and peculiar medium leads to the inevitable understanding of its debt to organized crime in its wonder years. Again, a narrative featuring a slew of liars, cheats and outright thieves, seeking attention from an audience that, only this morning, was arguing about Batman. To paraphrase Super Chicken, ‘I knew the job was dangerous when I took it.’” 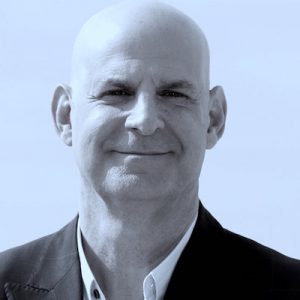 Harlan Coben has been a leading voice in the crime writing world since his first thriller came out in 1990, and he's entertained...
© LitHub
Back to top