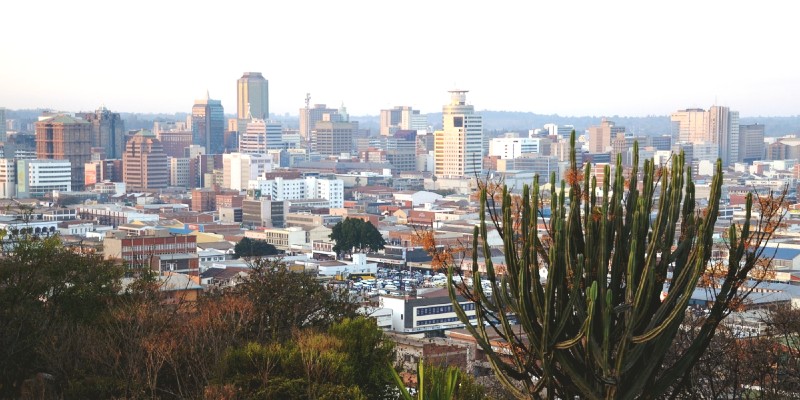 An African capital with turbulent politics and an impressive literary output.

Harare, known back in the British colonial days of Rhodesia as Salisbury, and now the capital of Zimbabwe with over two million inhabitants. Harare and Zimbabwe have gone through a few problems post-independence – an initial economic boom tailed off in the 1990s with economic stagnation and rampant inflation. In 2009 Harare was voted the toughest city to live in according to the Economist Intelligence Unit’s livability poll and life has remained pretty tough even as the city has continued to expand. Robert Mugabe ran the country and the city for 30 years until 2017 and his death shortly afterwards. Much contemporary writing from Harare, of whatever genre, deals with the Mugabe years and his contested legacy.

Let’s start with a highly praised and terrific overview of the city’s criminal underworld and its struggling justice system. Pettina Gappah’s Rotten Row (2016). ‘Rotten Row’ is the slang name for the Criminal Division of Harare, and the courts and the criminals who pass through it. It’s a collection of stories encompassing race, gender, class, sexual politics, and the flash points of modern Harare life. Guppah is a well-known short story writer in Zimbabwe, who also happens to be a lawyer, which has clearly been an inspiration to her writing. Her 2010 novel The Book of Memory (2015), was a fictional testament of an imprisoned albino woman on death row at the Chikurubi Maximum Security Prison in Harare. The novel looks back at her story moving between the townships of the poor and the flash suburbs of the rich. Gappah’s work is undoubtedly the place to start to try and understand the underbelly of Harare, the social divisions of the city and those struggling to survive in the metropolis.

C.B. George’s work also ranges across a variety of people and social classes in modern Zimbabwe. Perhaps not pure crime stories as such, but certainly tales of people in peril, intersecting with worlds totally different to their own and trying surviving the complexities of the city. The Death of Rex Nhongo (2015) is a story of five marriages and one gun in 2011 Harare. A British couple remain behind the walls of their guarded compound fearful of the vibrant and wild streets outside; an American expat suspects the city is having an adverse effect on his wife and family; a young intellectual finds only disillusionment wherever he looks; an Intelligence Officer loses a crucial piece of evidence that may cost him his life; and a taxi driver and his wife, living on the knife-edge of poverty, find a gun in the back seat of the cab.

Also, reasonably contemporary is Stephen Atalebe’s The Hour of Death in Harare (2014), a thriller with plenty of political intrigue. A Zimbabwean agent in Prague discovers a plot to assassinate President Robert Mugabe. The action rages across Prague, London and Lusaka in Zambia as well as Harare. A thriller, but one that raises major questions – is it ever right for a foreign country to order the assassination of the leader of another country? Was the long-reigning Mugabe, no lover of democracy perhaps, guilty of human rights violations that would warrant assassination, and also mentions many of the touchpoints of the final years of Mugabe’s rule (he died in 2019) – lack of gay rights, economic mismanagement, curtailed human rights, the lack of free and fair elections, etc.

Pauline Henson’s Case Closed: A Detective Story Set in Zimbabwe (2002) features Chief Inspector Caleb Dube and his assistant, Sergeant Musindo. Chief Inspector Dube is driving from Harare to Gweru (a city in central Zimbabwe) one Sunday evening and discovers the body of a well-dressed man in a storm drain at a turn-off. An investigation is launched and then unfolds in classic procedural style. Pauline Henson lives in Zimbabwe and is a part-time tutor at the Zimbabwe Open University, where she teaches African literature in English. There are now five books in the Dube series, though they are quite hard to find outside Zimbabwe. Dube is forced to spend some time in the UK as the series progresses, though Dube and Musindo are still together investigating in Going Home (2005). Again, hard to find, but well worth the search.

C.M. Elliot’s Sibanda and the Rainbird series features Detective Inspector Jabulani Sibanda, a “bush-savvy policeman” stationed in a large village on the borders of a national park in rural Matabeleland, Zimbabwe. In Sibanda and the Rainbird (2013) a horribly mutilated corpse is discovered in the park near the luxurious Thunduluka vacation lodge. Sibanda and his trusty sidekick, Sergeant Ncube, set out to investigate. These are great mysteries, while Detective Inspector Sibanda’s love life is extremely complicated and he has a very temperamental Land Rover, called Miss Daisy. Sibanda and the Death’s Head Moth (2015) sees Detective Sibanda and Sergeant Ncube return, this time investigating two corpses on the banks of the Zambezi. The third book in the series, Sibanda and the Black Sparrow Hawk (2017) finds a dead body discovered on the side of the railway line deep in the Matabele bush. Sibanda, Sergeant Ncube and his troublesome Land Rover, Miss Daisy, head into the bush to investigate. C.M. Elliott was born in England, but moved to Zimbabwe in 1977, in the middle of the Zimbabwean War of Liberation with her game ranger husband living in the Hwange National Park and pioneering eco-tourism at a time when it seemed unlikely the newly-independent Zimbabwe would have much of a tourist industry.

And, as usual, a finally. This time it’s Brian Chikwava, a Zimbabwean writer and musician who was born in Victoria Falls on the Zambezi River, went to school in Bulawayo (Zimbabwe’s second largest city), and then to university in England, where he has largely lived ever since. His first novel, Harare North, was published in 2009 to rave reviews. The twist of course is that “Harare North” is what many Zimbabweans call London, referencing the number of Zimbabwean immigrants who chose (or had little choice) to leave Mugabe’s Zimbabwe and were obliged in the English capital (by the way, Johannesburg is known as “Harare South”). The reality of Harare North for Chikwava’s asylum-seeking narrator is a not-so-lovely Brixton squat in South London. Perhaps not a classic crime novel as such, but it reveals tensions between pro- and anti-Mugabe factions overseas, and plots to use prostitutes to discredit people. Some of the characters, such as Shingi, are trying hard to survive and to maintain their activism while others take more criminal routes – Tsitsi rents her baby out to women defrauding the government Social Services. Harare North is a tough novel, showing a granular London stripped of its tourist niceties and that is often far from friendly to the refugee, the exile and the immigrant.

Brian Chikwava’s novel of Zimbabwean immigrants is as detailed and gritty as Pettina Gappah’s on-the-ground stories of Harare life. And this is what links many writers based in, or writing the city, in whatever genre – Harare is a tough town, but a vibrant and fluid one too. Capturing that duality is the essence of Harare crime writing. 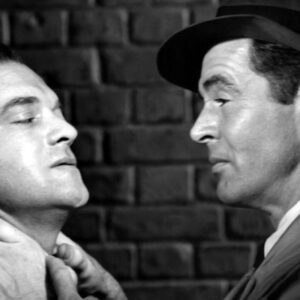 “Poets,” wrote Percy Shelley in 1821, “are the unacknowledged legislators of the world.” That is, if a vision were...
© LitHub
Back to top