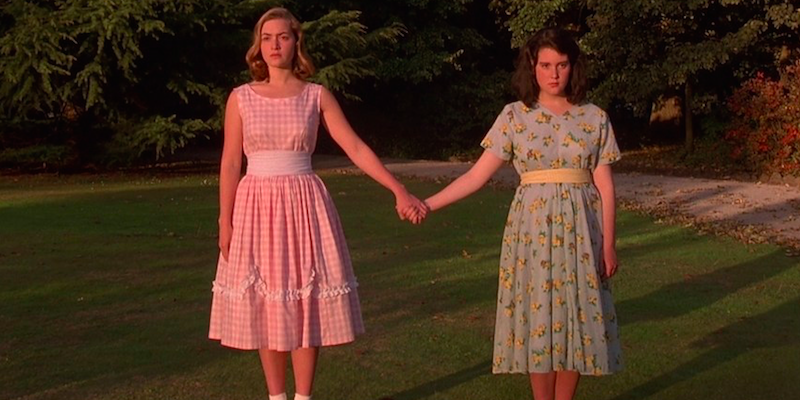 Twenty-five years ago this November, the release of Heavenly Creatures hit theaters, bringing to life an infamous murder from Christchurch, New Zealand in a coming-of-age story marked by love, obsession, and bloodshed. Directed by future Lord of the Rings auteur Peter Jackson, the film about two teenage girls who kill the mother trying to keep them apart saw Kate Winslet’s debut and earned an Academy Award nomination for Best Original Screenplay. But the release of Heavenly Creatures would also have an unintended and unanticipated consequence, sparking a chain of events that would lead to the identification of an English crime writer as one of the notorious teen killers.

The movie was based on the June 22, 1954 murder of Honora Parker (known as Honora Rieper) by her 16-year-old daughter Pauline and Pauline’s best friend, 15-year-old Juliet Hulme. The two teenagers had met in the early 1950s at Christchurch Girls’ High School on the east coast of New Zealand, and quickly formed a deep and at times, obsessive, friendship. Though the girls initially bonded over their shared medical history, as Pauline had suffered from osteomyelitis, a bone marrow infection, as a child, and Hulme from tuberculosis, the girls ultimately became soldered together thanks to their shared creative interests. Pauline and Juliet became inseparable, spending hours writing stories, books, and plays, inventing fantasy lives, and developing their own personal religion, moral code, and version of heaven, which they called The Fourth World.

Both families eventually became concerned that the girls might be getting too close or spending too much time together. When Juliet was once again hospitalized for tuberculosis, her parents hoped it’d do the girls some good to spend time apart. But their friendship continued both during and after Juliet’s hospital stay; when she was released and the two girls picked up where they left off, Pauline’s parents brought her to see a psychiatrist who informed them he suspected that Pauline and Juliet were engaged in a homosexual relationship. At that time in history, homosexuality was still considered a mental illness, and homosexual acts were criminalized in New Zealand until 1986.

Around the same time in 1954, the two girls’ increasingly intense friendship was further threatened when Juliet discovered her mother in bed with a suitor. Juliet’s parents subsequently separated, and it was decided that Juliet would leave New Zealand with her father, who was to drop her with a relative in South Africa. Juliet and Pauline, desperate to stay together, decided the only solution was for Pauline to move to South Africa, too. While the girls, likely inaccurately, seemed to think Juliet’s parents could be convinced, both felt that Pauline’s parents—specifically, her mother Honora—would certainly stand in their way.

By April of that year, Pauline was writing about killing her mother and making it look like an accident or natural death in her diary. By mid-June, Pauline had not only shared her idea with Juliet, but the two girls had formulated a plan to carry out the murder of Honora. In the days leading up to the crime, the girls put on an act, pretending to have come to terms with their pending separation. On the 22nd of that month, the two girls arranged to take a walk with Honora in Victoria Park. While walking a remote stretch of the path, Juliet dropped a pink stone—and when Honora, predictably, reached down to pick it up, Pauline to hit her mother with a crude weapon the girls had made with a brick and stocking. In total, it took 45 blows delivered by both girls to kill Honora. Though the girls went in search of help, claiming Honora had fallen and been hurt, their story quickly unraveled and the two girls were charged with murder.

During their trial, the girls testified that they considered themselves “Heavenly Creatures” because of their access to The Fourth World, and were thus exempt from normal rules of law. Though both Pauline and Juliet were convicted of murder in August 1954, they only spent five years in prison since they were under the age of 18. Upon her release, Pauline would go on to move to England, where she eventually settled in a small village near Kent teaching horseback riding lessons to children under a new name. Meanwhile, Juliet had disappeared completely from the public sphere, her location and status unknown. That is, until Heavenly Creatures was released in 1994.

In fact, it would soon be revealed that Juliet had been hiding in plain sight, living under a new name as successful English crime novelist Anne Perry. The truth about the author’s identity as the former teen criminal came out in The Search for Anne Perry: The Hidden Life of a Bestselling Crime Writer, a 1994 book written by Joanne Drayton, a biographer who spent many of her formative years in Christchurch. As is detailed in the book, Juliet moved back to England after being released from prison in New Zealand, where she became a flight attendant before later moving to the U.S. and converting to Mormonism. Juliet eventually returned to the UK, settling in the Scottish Pormahomack and assuming the pseudonym of Anne Perry, taking her stepfather’s surname. She published her first novel, The Cater Street Hangman, in 1979, and went on to become an extremely prolific, award-winning, and international best-selling writer. Today, Perry has published more than 60 novels, novellas, YA books, and writing manuals and has more than 20 million copies in circulation worldwide.

In the years since her identity was revealed, Anne Perry has continued to publish works of Victorian crime fiction, including her popular Thomas Pitt and William Monk series. In what limited media statements they have made, both women have expressed remorse and regret about the murder of Honora Parker and a desire to move forward with their lives. And though Anne Perry had admitted her friendship with Pauline was obsessive and unhealthy, she has denied that there was anything sexual or romantic about their relationship.

Of course, that hasn’t stopped people from believing what they want—and continuing to find fascination in the story of two teen girls who believed they became heavenly creatures. 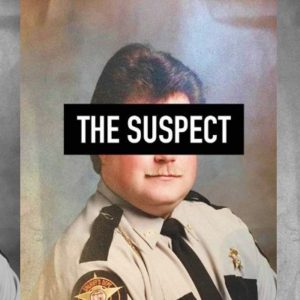