Alas, Not All Books Stand The Test of Time

If you’re a longtime fan of crime novels, you’ve probably already experienced the cringing feeling of a bad re-read. It starts with a book you’ve held in your heart for years. One day, in a fit of nostalgia, you decide to dive back in. But the book you find this time around isn’t the book you remember. Suddenly there are glaring…differences. Details you didn’t pick up on when you first fell in love. Offensive stereotypes or casual misogyny. Troubling racial overtones or a private investigator you once found dashing who now strikes you as, ew, a sexual harasser.

Not all books stand the test of time. As social attitudes and cultural norms shift, so does the way we read. Crime fiction, concerned as it is with issues of right and wrong, is particularly vulnerable to changes in our collective views on morality. Of course, a disappointing re-read doesn’t mean we have to toss our old loves completely to the wayside—but it may complicate our initial enthusiasm.

If I’ve learned one thing, it’s that nothing changes the lens through which you read quite like being a parent. With an eight-year-old who is now wading into chapter books, I’ve already come to re-evaluate a lot of classic children’s lit. Charlie and the Chocolate Factory, for example, went down a little differently when I noticed the strong whiff of British colonialism surrounding those Oompa-Loompas.

Revisiting books with my children brought me to an interesting question: if Pippi Longstocking, Babar, and Little House on the Prairie could all be so problematic, how would the mysteries I read as a kid hold up? For me, the issue was not just academic. I am a suspense writer. From the ages of eight to eleven, I encountered some of the mysteries that would come to shape me most as an author. What kinds of hidden values were embedded in these early influences? I decided to find out.

Below, I’ve compared my kid versus adult impressions of five all-time favorites. How do your old loves rate? 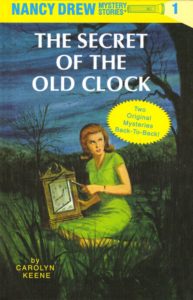 The Secret of the Old Clock by Carolyn Keene

THEN:  Ah, the summer I discovered Nancy Drew. I read a book a day, biking a mile and a half to the library for more each time I finished my latest haul. The plots never really stuck with me from book to book, but intrepid Nancy, with her loyal friends, hot boyfriend, and cool car sure did. She was so obviously the kind of girl you wanted to be.

NOW: Wowza. I should’ve just picked up the sanitized 1959 version of Nancy’s first great adventure (which is probably the version I read as a child). Instead, I chose the re-released 1930 edition. All I can say is, ouch. Nancy’s classist obsession with keeping the new money Tophams in their place was hard enough to swallow, but the drunk black caretaker character and his over-the-top dialect made my skin crawl. Did the original text offer an eye-opening history lesson? Absolutely. But probably not one I’d share with my elementary schooler.

LITERARY LESSON: If I was on the fence about updating books to eliminate their less PC elements, The Secret of the Old Clock convinced me. Such edits can extend the life of a beloved character for generations to come. 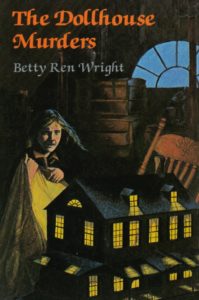 THEN: The story of a haunted dollhouse that reenacts a decades-old unsolved double murder each night terrified me as a kid. And I loved the protagonist’s enterprising use of microfiche to uncover her family’s terrible past, which cemented my belief in the power of libraries.

NOW: Microfiche may not possess the same allure today, but otherwise, the 35th anniversary edition holds up nicely. Granted, the Midwestern world that heroine Amy occupies seems pretty darn white, but Wright gets points for her representation of a character with a disability. On the one hand, Amy resents having to babysit her mentally disabled sister, Louann. What really impressed me, though, was the way both Amy and her mother feel just a little threatened when Louann finally takes some steps toward independence. The family dynamics of living with someone mentally impaired were complex and believable, which helped make up for a resolution to the mystery that was markedly less satisfying as an adult.

LITERARY LESSON: With no gore and no real physical danger to the main character, this supernatural mystery demonstrates that the biggest and best scares come from a young reader’s fertile imagination. 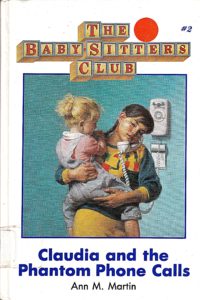 Claudia and the Phantom Phone Calls (the Babysitters’ Club #2) by Ann M. Martin

THEN: In the late 80s, the twelve-year-old girls of the Babysitters Club were models of how to be mature and responsible tweens. In my friend circles, Claudia and the Phantom Phone Calls was the clear favorite of the series. The spooky story of a serial burglar who calls each house before he robs it left us breathless, and Claudia’s crush, Trevor, was the boy-poet we all dreamed of.

NOW: As a kid, I never stopped to think about narrator Claudia Kishi’s significance as a Japanese American character. As an adult, however, I uneasily recalled several of the books fixating on her hair and “almond-shaped eyes.” Would BC #2 exoticize her appearance or culture? Nope! (At least not in the 2010 reprint edition.)

Some of the messages about gender did read as dated, however. Case in point: babysitter Kristy learns that a boy from school has been prank-calling her, stealing her personal belongings to monitor her whereabouts, and prowling around the yard of a house she was babysitting at. Kristy is understandably upset with the boy…until he asks her to a dance. Presto! All is immediately forgiven. Kristy decides her mom is right, that boys bother girls simply because they like them. She tells Claudia that while she knows the guy is “kind of a jerk” he’s also “sort of cute.” Claudia doesn’t question Kristy’s logic. She affirms the importance of male attention, and smiles as she notes that “’it’s pretty nice to be asked to a dance, isn’t it?’” Ugh. Now, I get that the boy in question is only in middle school, but letting a stalker off the hook because, hey, he likes you! is an idea we might be ready to move beyond.

LITERARY LESSON: With its blend of suspense and romance, this book was not afraid to mix genres. It’s a nice reminder that there is room in life, and books, to pine for that cute poet boy and freak out over the possibility of a home invasion. 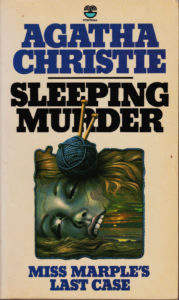 THEN: I found this one on my parents’ shelves and was immediately down with the premise: a young bride moves into a house and has what seem like clairvoyant flashes of the home’s history. Turns out, she’s not psychic, just experiencing some repressed childhood memories. When she remembers a young woman getting strangled on the staircase, the novel took my kid brain to all kinds of dark and delicious places. Sleeping Murder kicked off a year-long infatuation with Agatha Christie, during which I read dozens of her novels.

NOW: These days, I’m a little wary of Dame Agatha. Prior to this re-read, I hadn’t touched her books in ages—but I had read analyses of racism and anti-Semitism in her work. There’s nothing quite like learning that your absolute favorite mystery as a kid, And Then There Were None, originally contained a racial epithet in the title. Fortunately, Sleeping Murder holds up pretty well. There is some overt racism (hello, n-word) and xenophobia, but it’s presented through dialogue or as a character’s thoughts—and the characters espousing these views are elderly or uneducated, not the characters we are meant to admire.

LITERARY LESSON: An orphan with disturbing visions, a house with a hidden history, an unsolved murder from decades past, and a family member descended into madness…is this a cozy or a Gothic novel? 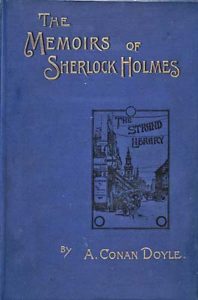 THEN: I resisted my father’s two ponderous red volumes of The Complete Sherlock Holmes for as long as I could, but at age eleven, I had to see what all the fuss was about. In the end, I was forced to admit Dad was on to something. The short mysteries were way better than the Encyclopedia Brown tales I’d devoured years earlier. Amongst the fifty-some Sherlock stories, “The Yellow Face” was the one that stayed with me most. Not only was it one of the few cases that stumped the great detective, but its domestic focus and ultimate message of acceptance appealed deeply to me.

NOW: There are plenty of articles that detail the racism and imperialist attitudes in Conan Doyle’s work. I never consciously noticed any of that as a kid, but that knowledge made re-reading “The Yellow Face” an interesting experience. The story, after all, centers on race and the prevailing cultural attitudes towards miscegenation. After bracing myself for the worst, I instead found a fairly sympathetic view of an interracial marriage and mixed race child. And I won’t lie: seeing the smug Holmes proven wrong about a woman’s motives still satisfies me after all these years.

LITERARY LESSON: Every now and then a re-read will surprise you for the better. It helps to go in with realistic expectations.

Hester Young is the author of The Gates of Evangeline and The Shimmering Road. Her third novel, The Burning Island, is now out from Putnam. She holds a master’s degree in English with a creative writing concentration from the University of Hawaii at Manoa, and her work has been published in literary magazines such as The Hawaii Review. Before turning to writing full-time, she worked as a teacher in Arizona and New Hampshire. Young lives with her husband and two children in New Jersey. 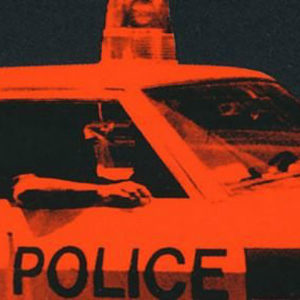 There are so many books that inspire me, but only a few that I go back to and read again, and again. I rarely read books...
© LitHub
Back to top