Fighting for Equality, from a Kansas Campus to the South Side of Chicago

VIA UNIVERSITY OF CHICAGO PRESS

I was ten when I read my first work of history: Mark Twain’s Personal Recollections of Joan of Arc. True, it’s a romantic and sentimental version of the saint, but Twain did read all the original source material. His passion for Joan spoke to my own young experience and yearnings. Personal Recollections didn’t make me want to be a historian, but it did make me long for a vision as great as hers and the passion to see it through to the end, even—or especially—if the end were a pile of faggots in the old market of Rouen.

Almost everything I’ve ever written has been part of this thirst for a vision, what the physicist Frank Wilczek calls “a longing for the harmonies.” It’s the feeling you get from looking at the night sky, if you’re lucky enough to see the stars hang down like living jewels, when you long to reach up and become part of that infinite jeweled space. The intensity of the feeling is part of adolescence, but the yearning has never completely left me, even in later age.

V.I. Warshawski, the detective I created in 1982 and who appears in 17 of my novels, is a woman of action, but hers is an ardent spirit. Her passion for trying to right wrongs comes from a deeper thirst for creating a just world, a world of harmonies. In the novels, people mock her as “Doña Quixote,” or as Joan of Arc, but I don’t write about her mockingly. She is the mirror of my own desires.

My novels also reflect another aspect of my life: the struggle to find a voice of my own, and to help other women gain the power to speak and to take up public space.

How the dissertation I wrote in the 1970s fits into the larger body of my postgraduate writing is a question that I’ve had to think hard about. I came to the liberal theologians at the Andover Theological Seminary (today the site of Phillips Andover Academy) for a number of reasons. In part, I was drawn to religious thinkers because the saints and ascetics of Christian history seemed to have the same longings that I did. As an undergraduate, I used to study in the underground stacks in my university’s library. In that cave-like, quasi-monastic atmosphere, I read Calvin’s Institutes of the Christian Religion, the biographies of early Reformers like Thomas Cranmer, and the sermons of John Donne.

Still, why did I write a dissertation about men struggling with intellectual challenges to their religious beliefs? Why not take on Teresa of Avila, for instance, or, in the secular world, someone like Elizabeth Barrett Browning?

I grew up in eastern Kansas in a family that valued the written word above almost any other good. We also were hearty eaters, so very often we read and ate at the same time.

I also grew up in a family that did not think the accomplishments or dreams of girls and women were worth attending to. I had four brothers whose education was important, but the expectations for me were limited to an old-fashioned model of circumscribed domesticity. I was expected to stay home to care for the house, the parents, the small brothers, and, despite winning a number of important scholarships, was essentially commanded to attend the University of Kansas.

I decided if I had to stay in Kansas for the academic year, I’d spend my summers elsewhere. I was as tired as Charlotte Brontë of a life “confined to making puddings and knitting stockings.”

The summer of 1966, I came to Chicago to work for the Presbytery of Chicago as a volunteer in the Civil Rights Movement. That was the summer that Martin Luther King, Jr., and his family moved into a tenement on the South Side while they tried to pry the city of Chicago out of its entrenched racist housing, employment, and other policies (these included barring blacks from most of the city’s public beaches).

With two other college students, I was assigned to a mostly Polish and Lithuanian neighborhood only a few blocks from where Dr. King was living. We found ourselves with a front-row seat to some of the most violent confrontations of the Civil Rights Movement.

We were working with kids aged seven to eleven, and we took them all over the city by the L train, to the museums, the beaches, the ballparks. After hours, we were sent to meetings of the local white citizens council, the local alderman’s constituency meetings, Black Power meetings, and to schools and stock exchanges and slaughter yards.

Although it was a summer of violence, it was also a time of hope: the possibility of change seemed real and exciting. Our work that summer and our engagement with the city gave me a deep attachment to Chicago. When I finished my undergraduate degree in January 1968, I came back; Chicago has been my home now for almost 50 years.

Because of my experience of Chicago during the race riots of 1966, I wanted to earn a PhD in US history. I wanted to try to understand the background of the violent divisions in the country. I had applied to a number of universities, but in 1968 I had taken a job as a secretary in the Social Science Division at the University of Chicago. Thanks to Emma “Bickie” Pitcher, with whom I worked, I received a Ford Foundation Fellowship and started graduate work at Chicago in the fall of 1968.

“In a meeting of entering students, we were told that women could memorize and parrot things back, but that we were not capable of original work.”

In Kansas, as an undergraduate, I was becoming a feminist. I started school a few months after the Civil Rights Act of 1964 became law. Our dean of women, Emily Taylor, was a strong feminist who made the best use of Title VII legislation to promote the position of women in Kansas. Later, as the director of the Office of Higher Education in the Department of Education, Dr. Taylor mentored women administrators, grooming them to become university presidents.

Under Dr. Taylor, I chaired the first University of Kansas Commission on the Status of Women. Our research was cited by the Department of Labor’s Office of Federal Contract Compliance as they established guidelines for universities.

When I began graduate school, it was without the support of the people and institutions that had helped me begin to find a voice. My choice of dissertation topic was inevitably guided by the faculty, and the faculty’s interests were largely intellectual and extremely misogynist: women played almost no role, either in their own scholarly work or in their vision of the history profession.

In a meeting of entering students, we were told that women could memorize and parrot things back, but that we were not capable of original work. Like the other women in the room, I sat meekly, not reacting. (The following spring, I wrote a play that my fellow students acted out for the faculty, satirizing their confused reaction to women students, so I can’t have been totally passive. As a result of that drama, the history graduate students elected me as their president, figuring I was reckless enough to speak up for all the students, men as well as women. Some years later, a member of the European field committee told me I frightened the faculty, but unfortunately their fear made them dig their heels in rather than change their attitude toward women.)

The misogyny was relentless. We women students formed a caucus that tried to persuade the faculty to consider women scholars for assistant professor openings. The department chairman told us the history department would not “dilute its standards” by adding women to the faculty. The search committees refused to read books or articles by potential women candidates, to attend lectures these women gave at meetings of the American Historical Association, or even to look at the vitae we Chicago students prepared. Some of the junior faculty applauded—the efforts of our graduate student women’s caucus, but, without tenure, there was little they could do beyond offer moral support.

Women’s history was in its infancy in the late 60s and early 70s; no one on the faculty wanted to supervise a dissertation in that area. When Hilda Smith boldly wrote about 17th-century English feminists, one department member actually went to her dissertation defense in order to harangue her committee into failing her. Her friends sat on the floor outside, waiting for the verdict. When she passed, we could hardly believe it.

At the end of my first year, the dozen or so other women who had started the American Field Committee program with me dropped out. I persevered not because I was better or more dedicated, but because I didn’t have a default plan for my life—I wanted to be a scholar and a university teacher.

While I was completing my dissertation, I was also looking for jobs. The department provided no help in the job search. I arranged only one interview on my own, which didn’t pan out. After graduation, I worked in the corporate world for ten years.

My reading-eating family all had a passion for crime fiction, which I shared. While I was selling computers to insurance agents, I kept reading crime fiction. I grew weary of the depiction of women in most English language mysteries as either vamps or victims, and I began to dream of a detective who would reflect the experience of my generation: women doing jobs that only recently had opened for us. Women who could have a sex life without it defining them as wicked. Women who could solve their own problems. Five years after I got my PhD, I published my first detective novel, Indemnity Only.

V.I. Warshawski brings together the many different strands of my life—the struggle for justice, the struggle for a voice, the struggle to have my work and other women’s work treated with respect. At the same time, the process of thinking and writing about her allows me to go into what Melville called “the silent grass-growing” space where creativity thrives. In that space, he added, you can “spread and expand yourself, and bring to yourself the tinglings of life that are felt . . . in the planets . . . and the Fixed Stars.” 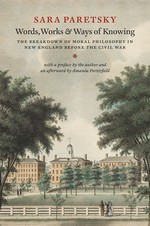 Adapted from the foreword to Words, Works, and Ways of Knowing, by Sara Paretsky, courtesy University of Chicago Press.

Sara Paretsky is renowned as the creator of the VI Warshawski series of detective novels; her 2007 memoir, Writing in an Age of Silence was a National Book Critics Circle Award finalist. 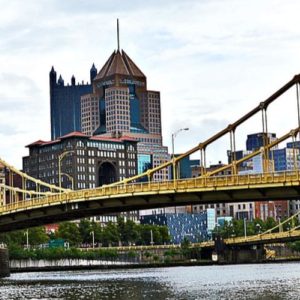 I’m convinced that a man who lives in my neighborhood is hiding someone inside his basement. Nobody else thinks this except...
© LitHub
Back to top