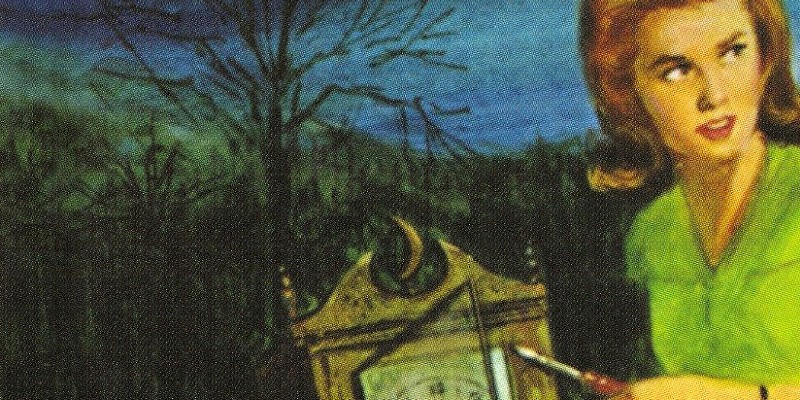 In the summer of 2019, I read only mysteries. I was trying to finish a book about American girlhood that I had begun writing four years earlier, on the cusp of an election that I foolishly expected to end well. I had underestimated the racism and misogyny of white voters and overestimated nearly as extravagantly my own ability to finish a book about American girlhood. In hindsight, and among many other things, I found my naiveté of 2016 both hard to believe and to stomach. 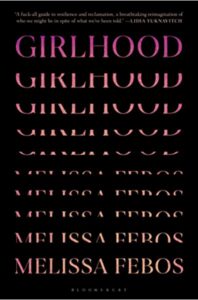 In the summer of 2019 I was a year beyond my deadline, paralyzed by the simultaneous enormity and narrowness of my subject. Every essay I began seemed impossible to complete without a PhD in gender studies, without a different timeline for our country. I didn’t suffer from writer’s block; I suffered from writer’s torment. I wrote, seething with self-doubt and despair. Then, I collapsed into the insensate relief of mystery novels.

Part of the problem was that the book I had promised my publisher was about surviving girlhood, solving the problem of how to recover from having grown up female under patriarchy while still living under it. What had seemed possible in 2016 when I wrote the book proposal now—months after the confirmation of Brett Kavanaugh to the Supreme Court—seemed impossible. The premise of my book, which detailed the devastating and ordinary harms done to girls in this country and aspired to answer them with strategies of undoing that harm, had become an unsolvable mystery. I knew who the perpetrator was, but not how to stop or outpace him. The harm, it now seemed, could not be undone faster than it was perpetuated.

Mystery novels, on the other hand, were the antidote to this conundrum. Like my own book, every mystery began with harm, but by its ending the perpetrator was always stopped. The canny female sleuth figured it out every time.

As a kid, I hungrily read every Nancy Drew novel, and then The Nancy Drew Files—the slightly racier 1980s follow-up series. I loved everything about those books: their power to transport me, the predictable reintroductions to the details of Nancy’s life—her red hair, her dull boyfriend—the way she looked like a different person on every book cover, but never ever failed to solve the mystery. All books, but especially these, felt like a salve for all that was unsolvable in my own girlhood, all the unavoidable lessons I was learning about what it meant to be female.

By my mid-teens, however, I forbade myself such pleasure reading. As a high school dropout who wanted to be a writer and all-around serious intellectual, I couldn’t afford to indulge the equivalent of literary junk food. Though I worshiped female novelists—Jeannette Winterson, Dorothy Allison, Gloria Naylor—serious reading still meant mostly white men. If only I could trade all the afternoons I spent reading the Beats for an earlier introduction to Kathy Acker or Audre Lorde.

Not until a few years after I graduated college were there social media platforms on which to observe the reading habits of writers I admired (which I now know have always included mysteries), or to find aggregated lists of highbrow page-turners. There was no Amazon algorithm to spookily track and predict my affinities. So, aside from a rapacious binge of all Raymond Chandler and Dashiell Hammett novels, which I’d learned of from the geeky hipster boys in my writing workshops and thus carried enough status to be permitted by my staunch standards of serious books, I deprived myself of actual mystery novels.

I didn’t come back to them until 2010, after my first book came out. Maybe I felt I had reached some threshold over which I had to be taken somewhat seriously, but I’m not certain, because it wasn’t a conscious decision. The summer after my debut was published, I spent five weeks at an artist residency in New Hampshire. One evening, after working on my novel-in-progress all day, I purchased the e-book of Tana French’s In the Woods on a whim. It was the first e-book I had ever read and when I finished it, I bought another. It was a sumptuous reading experience, though still I felt a tinge of guilt afterward.

That feeling increased when I moved on to other critically approved mysteries. It wasn’t just that old worry that mysteries weren’t intellectually nutritious enough. Mysteries by men often left a bad taste in my mouth. The crimes in most mysteries, I found, were done to women and solved by men. The bodies of women were the objects around which these plots unfurled, and sometimes they also served as distraction, but they were never imbued with the humanity of the grizzled private eye with his drinking problem, painful history, and guarded heart.

Tana French’s novels did not counter this model in all ways, but in many. Eventually, conversations about her books led me to Denise Mina, which led me to Laurie R. King and Ruth Rendell, and then Elizabeth Hand, Attica Locke, and Sara Gran. These books and others gave me the same pleasure that Nancy Drew had, but with the added satisfactions of good writing, queer and Black characters, and layers of smartly delivered cultural critique.

As a recovered heroin addict, I knew that following my pleasure had not always been good for me, but I finally understood that not doing so in reading was a deprivation that served not my health, but some internalized patriarchal authority to which I was no longer loyal.

The list—titled, “Febos’s Mysteries for Feminists with High Standards”—started as a branch of the catch-all list of to-read books in my phone. When the subject came up, and a woman recommended a mystery or its author, I noted it. There were too few who met all of my criteria to risk forgetting one. At some point, I wanted to share the list with a friend, so I transferred it to a Google Doc. I have since lost count of how many friends I’ve shared it with, or how many they have passed it on to, but I like to think that it has spurred a similar realization in other women—that not only can we indulge in pleasure reading, we can reframe that reading as restorative.

I did learn things from all those years of reading men, some more valuable than others—like how to turn a clean phrase, write economical dialogue, and depict a female character compellingly in two dimensions—but nothing useful that I wouldn’t have also learned from reading women. Only a little of it was truly harmful but the worst wasn’t in the lessons of any particular book. I cannot measure the effect of conditioning my mind to empathize with male narrators, of spending countless imaginative hours in worlds where misogyny was dead center; or of reading story after story in which they triumphed, or got the girl, or killed her, but I’m doing my best to undo it.

While I did not find the solution to writing my book in the pages of Louisa Luna or Flynn Berry, I did bulk up my belief in women’s power to solve things. And, in the year that followed that summer, I solved my book. I have recognized this phase of believing I am unqualified for my own work as a corollary to the belief that my pleasures are inferior to those of men, in reading, and all other aspects of life. It is a psychic spasm, a common symptom seen in women who are recovering from patriarchy while still living in it. To shake the feeling, I just have to remember that no one is better equipped to solve my own mysteries than I am.

Attica Locke: The Cutting Season, and basically all of the rest of hers

Flynn Berry: Under the Harrow, A Double Life

Kate Atkinson: Case Histories (Jackson Brody series, though I do find them a little slow)

Susanna Moore: In the Cut

Tana French: The Secret Place, In the Woods, The Likeness, & every single other book but start with those

Megan Abbott: The End of Everything, Dare Me, The Fever, Give Me Your Hand, You Will Know Me

Sara Gran: Claire DeWitt & the City of the Dead (series)

Sarah Waters: The Paying Guests, The Little Stranger, and basically all of hers

P.D. James: An Unsuitable Job for a Woman, The Skull Beneath the Skin

Cara Hoffman: So Much Pretty

Erin Kelly: He Said She Said

Celeste Ng: Everything I Never Told You

Alyssa Cole: When No One is Watching

Joanna Briscoe: Sleep With Me

Elizabeth George: The Edge of Nowhere

Ruth Ware: (I once referred to these as “British sorority girl mysteries,” so do with that what you will) In a Dark Dark Wood, The Woman in Cabin Number Ten, The Lying Game, The Death of Mrs. Westaway, and others

Laura Lippman: After I’m Gone, What the Dead Know, Lady in the Lake, & many more

Rosalie Knecht: Who is Vera Kelly

Melissa Febos is the author of Whip Smart, Abandon Me, and the essay collection, Girlhood, which will be released on March 30. She welcomes recommendations for well-written, feminist, antiracist, and queer-centering mysteries. You can find her on Twitter @melissafebos and melissafebos.com.
http://melissafebos.com 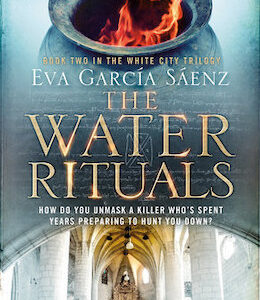 Monday, June 29, 1992 A girl with dark brown hair jumped off the train at the same time as the four young men from the San Viator...
© LitHub
Back to top