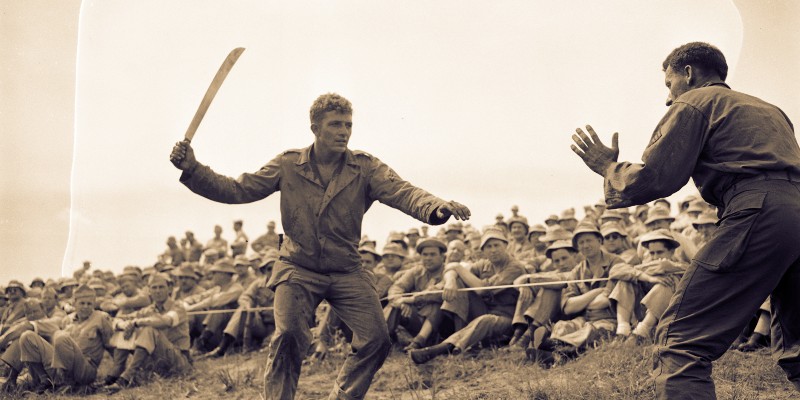 “All fiction arises from conflict,” a professor once told me, and I believe that’s true. If the conflict in a story rises to the level of physical violence, writers have a responsibility to get it right, for verisimilitude, certainly, but because—and this is just my opinion—because portraying it lightly or failing to show its effects on real humans is morally irresponsible and risks glorifying violence.

If you write about struggle and are going for realistic, if you want to portray real human beings caught up in or even perpetrating violence, it may help to keep these few things in mind.

Here is retired Marine Randy Hoffman describing combat to young men and women in training. “Your heart rate is uncontrollable,” he tells them. “Your pulse goes up so much that your ears kind of stop up. Everything goes kind of in slow motion. Your brain focuses on minute details to help you get through engaging the enemy before he can kill you.” [Wall Street Journal, December 13, 2019]

There are also delayed physiological effects. Here is the late Paul Russell, a combat medic in Vietnam, describing his reaction after he crawled under incoming fire to rescue wounded GIs, an action for which he would be awarded the Silver Star. “I threw my guts up all the next day. Adrenaline.”

And yet, in so much fiction we see the protagonist battling and even killing multiple attackers without breaking a sweat, and then calmly sitting down to order drinks with a love interest. This is fine for James Bond—whose story is always a little campy—but chances are your character is going to perspire, fidget, hyperventilate, maybe feel some shaking in the knees and hands.

Only a sociopath has no reaction to inflicting violence. In Silence of the Lambs, a doctor tells Agent Clarice Starling how Hannibal Lecter—perhaps the most frightening villain in popular fiction—chews off the face of an attending nurse while he is hooked up to a pulse monitor. His heartbeat barely registers a change. Lecter is an anomaly, a rare human being. Unless your character is sick enough to find pleasure in inflicting pain, he or she certainly will have a physiological reaction and perhaps be haunted by a psychological reaction.

A character in my World War Two fiction shoots a young enemy soldier in a sudden kill-or-be-killed moment. Although the killing was justifiable—even necessary to save the GI’s buddies—it haunts him. Years later and still troubled, he says, “I’ve shot that boy in a thousand nightmares.”

The actor Joe Pesci has played a lot of unhinged bad actors. For me, one of his most frightening scenes is one in which he never gets out of his chair or raises a hand.

“Funny how?” Tommy asks. When Henry can’t explain it further, Tommy presses him.  “Like I’m a clown to you? I amuse you?”

Pesci is brilliant as he turns the formerly friendly conversation into something closer to the fraught few seconds before two gunfighters, squared off in a dusty street, reach for their weapons.

Consider putting your character in a menacing situation that stops short of violence. Make him suddenly aware of how vulnerable he is, how his escape routes are closing off, how his antagonist has suddenly stepped closer.

Psychologist Dave Grossman, in his thoughtful On Killing: The Psychological Cost of Learning to Kill in War and Society describes the difficulty of training soldiers to overcome the normal revulsion to taking a human life, which is stronger the closer the victim is to the perpetrator. Stabbing someone is both more gruesome and more difficult—psychologically and physically—than shooting someone at a distance. And victims bleed a lot: there are 1.2 to 1.5 gallons of blood in an adult body.  Not all of it will come out, but big wounds—multiple gunshots or a long gash with an edged weapon—are going to make a mess.

In a World War Two-era book on hand-to-hand combat, one of the techniques illustrated is how to gouge out an enemy’s eye.  In this book for combat soldiers, where illustrations of how to bayonet a person are clinical, technical and explained in bland language, this particular move called for special additional text. The reader is warned, This won’t be easy. You will recoil, you might get sick, but in a life or death struggle, it may be necessary.

Even violence that is justified is going to elicit a response in the perpetrator. If you put a character in a knife fight, if your character clobbers someone with a blunt object, be sure the attacker reacts to her own fear and to the sight of what she has done.

Watch CCTV footage of fistfights, especially between more-or-less equally matched opponents—two drunk adult men—and you’ll note that most people are more interested in not getting hit than they are at hitting an opponent. They stay at arm’s length; they do not close with their adversary. They lean back and carry their weight on their heels, which is the opposite of what one does to throw an effective punch.

Before real fights come to blows, there is often a lot of posturing and threats, sheer bluster that comes from fear and in the hopes of making the other person back off.  So unless your character has been trained to fight and has some experience, an altercation is likely to result in more smack-talk than blood.

Often, big people—especially big guys—intimidate with their size and have never actually been tested. They’re surprised when someone stands up to them. If you have a diminutive character—a petite female Private Eye, for instance—take on a male nightclub bouncer, the bouncer’s complacency may work to his disadvantage. Remember, though, if she suckers punches him, she should probably run.

Sometimes when opponents are unevenly matched, the element of surprise might restore balance. Remember the scene where Indiana Jones is facing a giant, sword-wielding assailant who silences the entire marketplace by slicing the air with his scimitar? Jones shoots him.

Maybe your protagonist took a hand-to-hand combat course twenty years ago; unless she’s been practicing—a lot—she is unlikely to call up those skills. There may be some dormant muscle memory, but no one is going to mistake her for Jason Bourne. Unless your character is a robot or was a professional MMA fighter who still spars regularly, don’t flash back to decades-old Green Beret training.

Chances are better that your character will throw sloppy, poorly timed punches; that he will trip over his own feet; that he will drop a weapon when he needs it or wrench his back grappling with an opponent.

“A dozen off-duty soldiers from Fort Lewis engaged in a 30-minute gun battle last weekend against a group of alleged drug dealers. Hundreds of rounds from handguns, shotguns and semiautomatic weapons were fired, witnesses said, but no one was hurt.”

The soldiers were from the US Army’s elite 2nd Ranger Battalion. They train all the time with their weapons and are as prepared as soldiers anywhere in the world for the stress of a gun battle. And yet no one on either side was hurt.

Can your character get off a lucky shot at extreme range that saves the day? Sure. Just keep in mind that most people, even at a short range, are going to miss much more often that they hit the target. Someone who has been trained—such as law enforcement or the military—and is in a life-or-death gun battle is going to keep shooting until the target is down or the ammo is gone. If you’re striving for realism, your character will run out of bullets at some point and will have to do something to get more.

When threatened, people can find previously untapped strength: they run, they crawl, they kick, scream and fight back. When cornered, even mild-mannered people are capable of fighting. Real people—like your characters—sometimes escape from their kidnappers, they surprise their attackers by refusing to submit, they use ordinary household items as weapons.

Let’s say your character is a mother who has never been in a fight (let’s discount wrestling with the nosy brother she catches reading her teenage diary): if her child is threatened, almost any physical reaction will be plausible. She may be glad she’s the one still standing at the end, but she will still have an adverse reaction and may be horrified—in the moment or later—at what she has done.

If you want to create compelling, believable characters that readers care about—and isn’t that every writer’s mission?—and if you then put those characters in violent situations, give them plausible, human reactions. 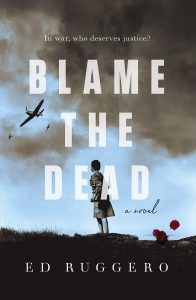 ED RUGGERO is a West Point graduate and former Army officer who has studied, practiced, and taught leadership for more than twenty-five years. His client list includes the FBI, the New York City Police Department, CEO Conference Europe, the CIA, the Young Presidents Organization, Forbes, among many others. He has appeared on CNN, The History Channel, the Discovery Channel, and CNBC and has spoken to audiences around the world on leadership, leader development and ethics. He lives in Philadelphia. His latest book is Blame the Dead, now available from Forge Books.

She Lover of Death 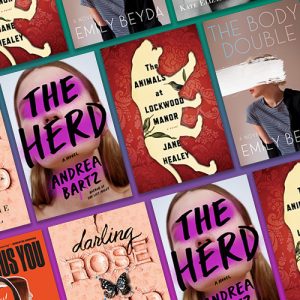 Is it spring yet? It's time to pick up a good crime novel and wait till later in the month to answer that notoriously difficult...
© LitHub
Back to top