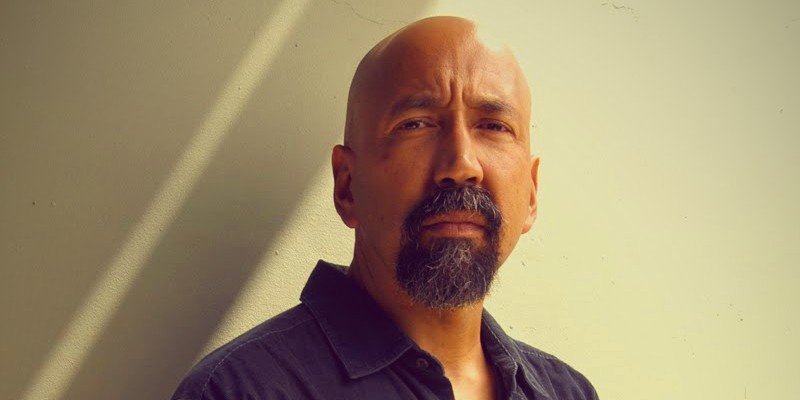 One of the first things I did upon moving from Los Angeles, California, to Denver, Colorado, last July (a long story for another day) was pay a visit to the Tattered Cover, my local independent bookstore. Imagine my surprise upon learning that Robert Crais—a good friend and a terrific writer—would be signing there in a matter of days. Of course, I attended the event, sitting way in the back here Bob couldn’t see me while he discussed his latest Elvis Cole/Joe Pike novel, A Dangerous Man.

At some point, Bob recounted how he’d been asked at a previous signing why he keeps writing about Elvis and Joe—eighteen books in, shouldn’t he be tired of these guys by now? And Bob’s answer was: He writes about Elvis and Joe because he likes them. He enjoys their company, and like his readers, he can’t wait to find out what they’re going to do next.

That’s precisely how I feel about Aaron Gunner.

My own fictional private investigator has been featured in only seven novels so far, with Good Man Gone Bad being the latest, but I’m no less anxious to discover where Gunner goes from here than Robert Crais is to chart the future exploits of Elvis Cole. A great deal of thought goes into an author’s invention of a series character, and much of that thought is devoted to creating someone you actually want to spend time with. Over the course of six novels and five short stories, prior to my writing Good Man Gone Bad, Aaron Gunner had become one of my favorite people, despite his being a mere figment of my imagination.   And no wonder.  Gunner represents everything I’ve ever wanted to see, from a reader’s standpoint, in a fictional private investigator.

I wrote Fear of the Dark, my first Gunner mystery (1988), because the hardboiled private eye I most wanted to read about—black, flawed, living and working out of contemporary South-Central Los Angeles—did not exist. Walter Mosley’s Easy Rawlins had yet to make his debut in Devil in a Blue Dress, and he would come to operate not out of present-day Los Angeles, as I preferred, but the City of Angels in the late 1940s.  So I was moved to invent Aaron Gunner. Not to work a single case in a standalone novel, but to star in a series of books that wouldn’t end until I no longer had the strength to strike a laptop key.

I held the mantle of “Lone Black Contemporary Crime Novelist” for about the time it will take you to read this sentence. Mosley and Easy made the scene within months of Fear of the Dark‘s publication and blew the gates of mainstream publishing wide open for others to pass through: Gary Phillips, Paula Woods, Eleanor Taylor Bland, Barbara Neely, Valerie Wilson Wesley—the list goes on and on. My seat at one table had suddenly become many seats at several, and in this new, highly competitive literary world, both Gunner and I had to fight to keep our place in it. Which we did for a while. But nothing matters more in an author’s career than momentum, and mine slowly, inexorable petered out. I write at a snail’s pace, and by the time G.P. Putnam’s Sons published Gunner #6, All the Lucky Ones Are Dead, the series was more than twelve years old. St. Martin’s appetite for Gunner had been sated after three books, Putnam’s after three more, and no Dear John letter ever written could have made the message clearer to me that it was time to pack Gunner up in a trunk and move on down the road.

That’s pretty much what I did, and what I’ve been doing, ever since. Writing standalones and short stories, some of the latter with Gunner in the lead, some not. I began to wonder if there’d ever again be any point to writing another full-length Gunner novel.

Well, it turns out, there is such a point.  To find out what happens to him next.

No matter how much effort a writer initially puts into the development of his protagonist’s personal history, he can never know everything there is to know, and part of the joy of writing a mystery series is learning things about your character, piece by piece, of which you’d never before been aware.

For instance, I always used to think that Gunner had been drafted into the Vietnam War, but in Good Man Gone Bad, I found out he enlisted of his own accord, and that he participated in one of the conflict’s most infamous fiascos, the battle for Firebase Ripcord. And such discoveries aren’t limited to Gunner alone. Practically every time Lilly Tennell, the proprietor of Gunner’s favorite watering hole, the Acey Deuce, opens her mouth, she reveals something about her past—and often Gunner’s as well—I’d never known before. So just the general desire to be surprised in this way was motivation enough to go back to Gunner after a nineteen-year layoff.

Also, creating new characters with which to populate and complicate Gunner’s world has always been fun, and I missed it. The names, the stories, the personal quirks—who’s going to walk into the Acey Deuce, or Mickey Moore’s Trueblood Barbershop, where Gunner conducts his business, next?  I could only find out by writing Gunner novel Number Seven.

And then there was sheer hubris: I was certain my best Gunner novel had yet to be written. I may be declining in a variety of ways as I pile on the years (and pounds), but no one will ever convince me that my writing is worse today than it was yesterday. I wanted to write another Gunner just to prove—to myself if no one else—that the seventh in the series could be just as entertaining as the first six.

But deciding to revisit Gunner was the easy part. Deciding how to do it was a little harder.

Nineteen years is a long time. I’d always written the Gunners to take place in present day, which essentially kept him aging at my own rate. This means he was in his mid-forties when we last saw him in All the Lucky Ones Are Dead. A character in his mid-forties can chase down a teenage thug or scale a chain-link fence without arousing too much of a reader’s skepticism, but one nineteen years older, doing those same things, would surely be stretching the envelope of what that same reader can accept as believable. This left me with an uncomfortable choice: Keep Gunner in his mid-forties and write all his future adventures, including Good Man Gone Bad, as flashbacks to his past, or age him by those nineteen years and accept all the physical limitations that would come with them.

I chose the latter.

It was a decision that had its pluses and minuses. Writing about a younger Gunner in an earlier time, I would have been free to have him engage in all the lovemaking and fisticuffs he could stand without rendering him cartoonish, and there’d be no cell phones around—just to name one aspect of modern technology that complicates a mystery author’s life today—to ruin every chance he might have of getting into the kind of trouble from which there is no easy escape.  Writing about an older Gunner in the present, however, would afford me the challenge of working within the confines of his limitations, as well as lend me the opportunity to confront Gunner with relevant societal issues as fresh as tomorrow’s “breaking” news. Such issues and their impact on his predominantly African American community have always provided the underpinning of every Gunner novel, and I was eager to see him take on a few new ones. The revitalization of open racism and the decimation of the American middle class, both either driven or ignored by a U.S. President of unprecedented moral bankruptcy, were two prime examples.

As for the cases Gunner works in Good Man Gone Bad, these too are a product of the times in which we currently live. One involves an Afghan War veteran, accused of murder, who suffers from the debilitating effects of PTSD. The other revolves around Gunner’s cousin Del Curry, whom the police believe committed suicide after trying to murder both his wife and only child. By all accounts, two good men who should have been incapable of the crimes of which they stand accused. But something happened to both, they wilted under the pressures exerted by war and financial uncertainty, and Gunner fears these same pressures may work their dark magic on him before they’re through. It’s his worst nightmare: becoming one more good man gone bad.

As writing experiments go, I’d say my seventh Aaron Gunner mystery has already been quite a success. The book was a blast to write and it seems to be pleasing more reviewers than it’s annoying. It includes a number of new characters I find rather fascinating and would love to know more about. And I guess we’ve seen what happens when a character piques my interest.  It may take me a while, but eventually I sit down at my computer and do some investigating of my own to find out who this person is and what kind of trouble he or she is about to get into.

In other words, yes: There will most certainly be a Gunner Number Eight. 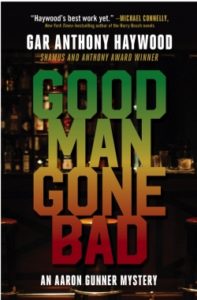 Gar Anthony Haywood is the Shamus and Anthony Award–winning author of twelve crime novels, including six featuring African-American private investigator Aaron Gunner. His novels have been praised by the New York Times, earned starred reviews from Kirkus and Publishers Weekly, been optioned by such filmmakers as Spike Lee, and held spots on the Los Angeles Times Bestseller List. The Los Angeles resident has written for both the Los Angeles Times and the New York Times, as well as teleplays and screenplays for such series as The District. He is a former president of the Mystery Writers of America’s Southern California chapter. His latest novel is Good Man Gone Bad. 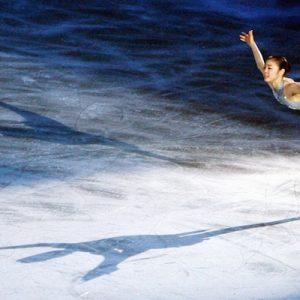 I have a deep, dark secret that I am now forced to share: I am obsessed with figure skating. As in OBSESSED in ALL CAPS. I...
© LitHub
Back to top