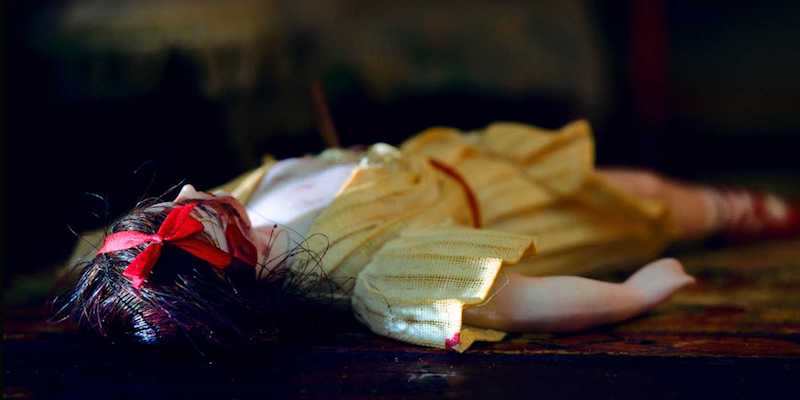 "Why shouldn’t there be something creepy in us?
The world is creepy."

During a panel at the recent Texas Book Festival, I laughed along with the rest of the (mostly female) audience when Rachel Monroe, author of Savage Appetites, joked that she knew what “auto-erotic asphyxiation” meant before she’d even gotten her first period.

It was from Patricia Cornwell’s Kay Scarpetta novels, she explained. She tells the anecdote in her book as well, illustrating the strangeness of being a 12-year-old girl: you’re young enough to still consider Leonardo DiCaprio your one true love, as Monroe’s friend Mary did, yet old enough for a businessman in Washington D.C. to hiss, “Nice tits” as you walked past.

“I was beginning to realize that I was on the cusp of coming into a terrible kind of power,” Monroe writes, “a power that was also a vulnerability, and that being in the world would soon feel very different.”

Most women can probably identify a similar disconcerting moment of in-betweenness.

Most women can probably identify a similar disconcerting moment of in-betweenness. I still remember the flush of humiliated pleasure when a “model scout” pressed a business card into my hand at the mall, telling me what hotel he was staying at. I must have been about 12, all braces and chicken legs and Tweety Bird diary pages filled with detailed descriptions of crushes I was too shy to talk to.

Maybe, Monroe reflects, that’s why she was drawn to the Cornwell books: “They acknowledged the sexualized menace of the world, but also offered a way to navigate it. In the room with a corpse—a dead woman, naked, her neck purpled by ligature marks—Cornwell has Scarpetta peer closely at her skin, looking for fibers. In the face of paralyzing horror, she’s active instead of passive. She’s got a job to do.”

The “detective” Monroe profiles is Frances Glessner Lee, a patrician grandmother who painstakingly constructed miniature crime scene models as a teaching tool for police in the ‘40s and ‘50s. In The Victim, a woman obsessed with the Manson murders embeds herself with Sharon Tate’s family. The Defender is Lorri Davis, who fell in love with a man on death row, convinced he was wrongfully convicted during the Satanic Panic. And the killer—or would-be killer—is a Columbine fangirl whose Tumblr included “images of a swastika made of cute cat faces, and a gaggle of My Little Ponies embracing Hitler.”

The Tumblr description—that unsettling mash-up of the childish and the predatory, innocence and evil—is an apt metaphor for the complexity of women’s desires that Monroe thoughtfully explores. Why are women, in particular, fascinated with stories about violence, particularly when these stories often disproportionately situate women as victims? (Only 25 percent of homicide victims are women, Monroe tells us, a statistic that gave me a jolt of cognitive dissonance.) Even “mystery-solving women in crime procedurals and crime novels are often saddled with tragic, explanatory backstories.”

But Monroe suggests it may not always be our own history, personal or collective, of violation that draws us to stories about violence. “A different, more alarming hypothesis was the one I tended to prefer: perhaps we liked creepy stories because something creepy was in us.”

I, too, like this explanation—because why shouldn’t there be something creepy in us? The world is creepy. Perhaps this is why I’ve been particularly drawn lately to stories about women who—like Monroe says about the four she profiles—take things too far. Women whose “creepy” desires are best described as appetites, rather than hunger. Hunger is lack, yearning, passive wanting. Appetite is brazen, unapologetic, grabby. If violence is ultimately about maintaining power, and we are most often presented with women as victims—frequently as the driver for the male protagonist to seek justice or revenge—what does it look like when women take that power back?

Perhaps it looks like Oyinkan Braithewaite’s My Sister the Serial Killer, which recently won an Anthony Award in the “Best First Novel” category. In the novel, responsible, fastidious Korede is very much her younger sister Ayoola’s keeper—and if she can’t keep Ayoola from killing the men she dates, she can at least keep her from getting caught. Things get (more) complicated when the man Korede is secretly in love with falls for Ayoola instead. Ayoola is, after all, the beautiful one, accustomed to being adored. She also might be a sociopath.

The first time, Korede was willing to believe her sister had stabbed her boyfriend with the nine-inch curved blade of their father’s knife in self-defense. Ayoola was 17 then, and when Korede arrived to help, “[Somto’s] trousers were around his ankles and the shock on his face mirrored mine.” But by the third time, Korede has doubts—particularly because the stab wound is in the victim’s back.

Part of what makes the dark humor in My Sister the Serial Killer so successful is how recognizable these women are, and how Braithwaite slyly, incongruously pairs cozy domestic details with the specter of violence. Korede, who uses cleaning as a stress reliever, takes pride in her expertise with bleach (her crime scenes are impeccable); sitting across from her crush, Tade, she thinks, “I could help Tade bleach his whites, if he would let me.” And Ayoola, who craves admiration, has to be admonished by Korede not to post on Snapchat or Instagram until a suitable time after her most recent murder. She is supposed to be grieving.

Although Ayoola’s boyfriends may not have threatened or harmed her, the possibility of male violence is the background hum in every woman’s life; for Korede and Ayoola, it began with their (now dead) father. We see it in an act as simple as Korede organizing her handbag: there are “two packets of pocket tissue, one 30-centiliter bottle of water, one first aid kit, one packet of wipes, one wallet, one tube of hand cream, one lip balm, one phone, one tampon, one rape whistle. Basically, the essentials for every woman.”

In Devotion, the brilliant, unsettling debut by Madeline Stevens, the theme of women’s appetites emerges both metaphorically and literally. When the story begins, 26-year-old Ella is so broke she’s faint with hunger: “I was so weak. I was evaporating.” At a bar, she meets a police officer who buys her dinner, and she doesn’t hide the ferocity of her hunger, spitting chicken bones into her hands; she “didn’t give a shit what [she] looked like to this cop, since he’d already paid for all this good food.”

The cop tells Ella about a man called “Rev.” LeRoi, a cult leader, con artist, and serial killer who “chopped up the bodies of the ‘nuns’ who wanted out—‘nuns’ who were murdered while the rest of the women sang hymns to cover up the sounds of the screams.” Ella becomes obsessed with the story, which should come as no surprise: she has an affinity for horror movies. “I like the way the body is treated with reverence by the camera during its destruction.”

LeRoi is dead now, but his family lives just down the street from Ella, and she walks by their house more than 50 times in the summer she nannies for an Upper East Side couple named Lonnie and James. One night a man in the doorway tells her, “You’re pretty, you know? You shouldn’t be out here.”

Ella is shaking, her heart pounding, but her fear is tinged with pleasure, potent and undeniable. When the man goes back inside, Ella “felt the interaction must foretell some violence . . . I felt deflated when I reached my front door without incident.”

Ella is not an unreliable narrator. She is, on the contrary, refreshingly frank about her ambivalence, about the way she can feel intensely contradictory desires at the same time: fear and pleasure, fullness and emptiness, love and hate. As a friendship develops between Ella and Lonnie, Ella’s hunger—the dark wanting we see in her obsession with Rev. LeRoi—becomes a gaping maw.

She begins reading Lonnie’s books, stealing trinkets, and memorizing Lonnie’s diary entries, recreating them once Lonnie has mysteriously disappeared. She discovers Lonnie’s affair, listening to Lonnie have sex with the other man and fantasizing about having sex with him herself. She reads notes Lonnie saved between herself and school friends, in which “. . . Lonnie’s girlfriends were repeatedly taken advantage of. They never said ‘rape,’ they never seemed to think these instances were anything more than annoying, but phrases like ‘I was too drunk to stop him,’ ‘I wouldn’t have let him sober’ were all over the place.”

Ella’s insatiable appetite eventually becomes a violence of its own—one in which we are complicit, much the way Korede is complicit in her sister’s murders, even if she is only responsible for erasing their aftermath. If Ella is a voyeur, so are we, driven to peer into the messy darkness.

After Lonnie disappears, Ella reflects on how her envy had turned into all-consuming lust, and how that lust was itself a desire to possess, to consume: “I’d wanted too much from her, wanted to conquer her, to become her, to encase her in my life in order to write her out of her own.” But Ella is ultimately left alone, trying hopelessly to reconstruct what is already gone. It reminds us of the truth of any appetite: it can only be momentarily sated. Soon, we all must eat again.

As Ella resumes walking past the LeRoi house, she thinks, “I maintain the belief that somewhere Lonnie’s bones are still together; however, if she had been born someone else that’s where she might have gone. That’s where the city’s lost girls went.”

The acts of male violence in the background of both My Sister the Serial Killer and Devotion are reminders of the world we live in, in which, according to Savage Appetites, two thirds of the women who are murdered knew their murderers. But the fact that they’re never centered in the novels is crucial. It retrains our focus on women’s appetites, and the violence—that is, the power—they hold.

Katie Gutierrez has written for the Washington Post, Longreads, Lit Hub, Electric Lit, and more. She lives in San Antonio, Texas, where she is working on a novel about two women who take things too far. Find her on Twitter @katie_gutz. 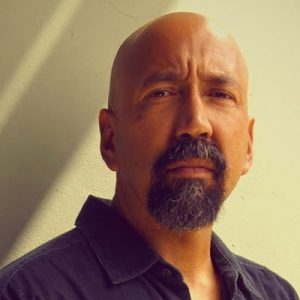 One of the first things I did upon moving from Los Angeles, California, to Denver, Colorado, last July (a long story for another...
© LitHub
Back to top