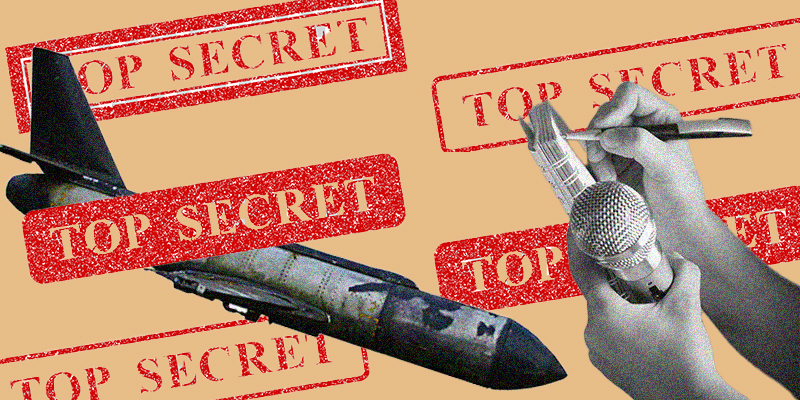 On Ian Adams, who bridged the gap between literature and espionage, even as he stood up for journalistic principles.

Literature and espionage have long had a close relationship, from writers who were spies, such as John le Carré, to the CIA’s manipulation of literature during the Cold War. One of the most fascinating chapters in this relationship, however, is the story of Ian Adams, a man whose fiction was so true to life that he was sued for libel by a real-life spy and ordered to disclose his sources in a court of law.

Ian Adams was the author of books such as S: Portrait of a Spy and Agent of Influence, which was turned into a film starring Christopher Plummer. He was the first spy novelist to focus on Canadian espionage, and probably the most successful espionage writer in Canadian history (excepting John Buchan, who served as Canada’s Governor General from 1935-40). He was also particularly notable for his anti-establishment approach to the genre.

Before turning to fiction, Adams was a feared and respected investigative journalist. He made his bones covering state crimes—topics such as Canada’s residential schools and the dirty wars in Latin America. In 1967, he wrote a ground-breaking story for Maclean’s about an Indigenous boy who died running away from a residential school, becoming one of the first people to cover the government’s genocidal practice of forced assimilation. The deck read: “Chanie was 12, and Indigenous. He died as the white world’s rules had forced him to live—cut off from his people.”

At the height of the Cold War, mainstream media largely toed the official line. In fact, CBC, Canada’s public broadcaster, was specifically ordered to participate in the Cold War on behalf of Canada. This meant circulating propaganda. Despite this, there was no shortage of government activity worthy of critique. For instance, Canada was the site of a number of shocking experiments carried out by the CIA under the guise of anti-communist necessity. These included chemical weapons being sprayed over residential areas by airplanes and MK-Ultra mind control experiments carried out at McGill University.

As mainstream media turned a blind eye, the investigation of government malfeasance fell to muckrakers and activists. And, in his day, Ian Adams was one of the finest muckrakers in Canada. In fact, it has been claimed that his work actually led to the establishment of Canada’s spy agency, CSIS, when he exposed the RCMP’s incompetence in the field. Though he covered a range of topics, it was this entanglement with espionage and the RCMP that propelled Adams into the international spotlight.

In the mid-70s, while digging into Canada’s role in the Cold War, the journalist began to grow suspicious. He realized that the RCMP’s counterespionage unit had never actually caught an enemy spy. This was not only because the agency was corrupt and incompetent, he believed, but because it had actually been infiltrated by a Russian mole for decades. He even had sources who seemed to attest to the fact, off the record.

Wary of the restrictions that existed in the journalistic medium, Adams turned to fiction to explore his theory. He believed that fiction would allow him to speak truth to power with greater flexibility. Though his first novel, The Trudeau Papers, was released in 1971, it was not until the second half of the decade that Adams shifted focus entirely. His most famous, and most controversial, novel, S: Portrait of a Spy, was released by Gage in 1977. With it, Adams hoped to “demystify the RCMP” and help Canadians realize that the CIA was not alone in its Cold War criminality.

S: Portrait of a Spy, tells the story of a triple agent in the RCMP’s Security Services. The novel details the arrest (kidnapping, really) of S, a retired RCMP counterespionage agent in Australia, who is suspected of working for both the CIA and KGB. It examines a number of characters drawn from real life and explores the notion that the RCMP had been infiltrated by foreign agents for decades—a belief that Adams really held. Despite this, the book was fiction. It made no claim to actual factuality.

S was as an immediate success—the book sold 17,000 copies in just thirty days. But, the celebration was short lived. Within weeks, a Canadian spy sued Adams for libel, claiming that the main character bore a striking resemblance to himself. Though S was clearly intended to be him, he claimed, he had never been a mole. It was an unprecedented situation in the worlds of both literature and espionage. Gage, Adams’ publisher, panicked and pulled the book, and the novelist found himself on the wrong end of a $2.2 million dollar lawsuit.

Leslie James Bennett, the spy in question, worked his way through British and Canadian intelligence to become head of Canada’s counterespionage unit at the height of the Cold War. He was, as Adams later wrote, “our man against Moscow and the KGB.” In 1972, he was brought in for a covert four day interrogation in Ottawa. By the end of the interrogation, Bennett “went from being one of the most influential men in the Western intelligence community to a non-person.” Bennett himself revealed that this arrest was due to doubts about his loyalty to the Canadian government but the finer details of the investigation have never been revealed publicly.

Even in the face of a multi-million-dollar lawsuit, and with little support from his publisher, Adams did not back down. S was not intended to be Bennett, he stated, but a composite character drawn from a range of people. In fact, he argued, he knew very little about Bennett and had never even communicated with him. The real case was simply inspiration for his fiction. Unfortunately for Adams, Bennett had a lot of protection under the Official Secrets Act. Still, the novelist didn’t cave. The result was a complex legal case that was deadlocked for three years.

In 1980, as the standstill drew on, Adams was ordered by the judge to reveal his sources, becoming the first novelist in the English-speaking world ordered to do so. The judge argued that, unlike journalists, novelists were not protected from such orders under Canadian law. Adams refused. He saw it as a clear violation of his rights and bunkered down for an even longer, harder fight. Fortunately, support began to roll in internationally, both financially and otherwise. Attention to Bennett and his claims only grew.

For still unknown reasons, Bennett suddenly decided to drop the case before it went any further. Forgoing a potential $2.2 million, he told Adams that he would back down if Adams paid his legal fees and added a disclaimer to the beginning of the novel stating that the character S was not based on him. Adams took the offer and his book was re-released with more attention than ever. With an unusual disclaimer at the start of the novel, Bennett’s connection to the main character, S, solidified even further in the public imagination.

After S: Portrait of a Spy, Adams released four more novels, most of which deal with the largely unexamined world of Canadian espionage and its oversteps of power. His next book, End Game in Paris, is based on a true story of the RCMP’s infiltration of the Front de libération du Québec (FLQ), a Quebec separatist group. Fittingly, it also involves double agents and the CIA.

Adams’ final book, Agent of Influence, was turned into an award-winning film of the same name starring Christopher Plummer. It is based on the story of John Watkins, Canadian Ambassador to the USSR, who died during an RCMP and CIA interrogation in 1964. It was alleged that the KGB trapped Watkins in a honey pot scheme and blackmailed him, threatening to out him as a gay man. The truth about the case, and Watkins’ death, remains a mystery.

When it comes to the shadowy world of espionage, the long tendrils of state power tend to keep facts, particularly the shameful ones, wrapped up and hidden away from the public eye. Official narratives are often distorted or outright lies. Often times, those who attempt to expose these facts risk imprisonment. In other cases, state confidentiality simply keeps evidence out of reach of investigators until interest has waned. In such cases, as Adams recognized, turning to fiction can often be the only true way to get a sense of reality.

The novel exists in a precarious position. Fiction is a frame—an outline which instructs the reader as to the way in which they should interact with the text. It is a reference to a system of conventions, a method of approach. The best fiction, it is often said, is that which most closely represents experiential reality. A distorted authenticity that rings true precisely because we believe it to be false. Writing fiction is a balancing act. The case of S: Portrait of a Spy demonstrates just how unstable this balancing act can be.

Ian Adams died in November 2021. He earned his stripes as a muckraking journalist but he solidified his legacy in the realm of fiction. The novel was the medium that allowed him to explore the realities of espionage, and the Canadian state’s darkest secrets, most fully. Doing so, he laid out a too-oft forgotten foundation for anti-establishment spy writing in the north.

Luke Francis Beirne was born in Ireland and lives in Canada. His work has appeared in outlets such Strange Horizons, Hamilton Arts & Letters, and Counterpunch. His debut novel, Foxhunt, will release with Baraka Books in April 2022. He has an MA in Cultural Studies & Critical Theory from McMaster University and a BA in English Language & Literature from St. Thomas University. 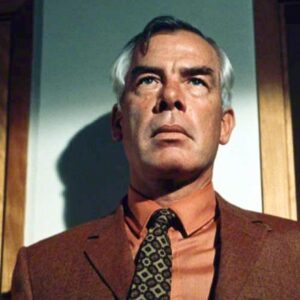 At first glance, it seems like the oddest possible pairing of artists and material: actor Robert Downey Jr. and writer/director...
© LitHub
Back to top