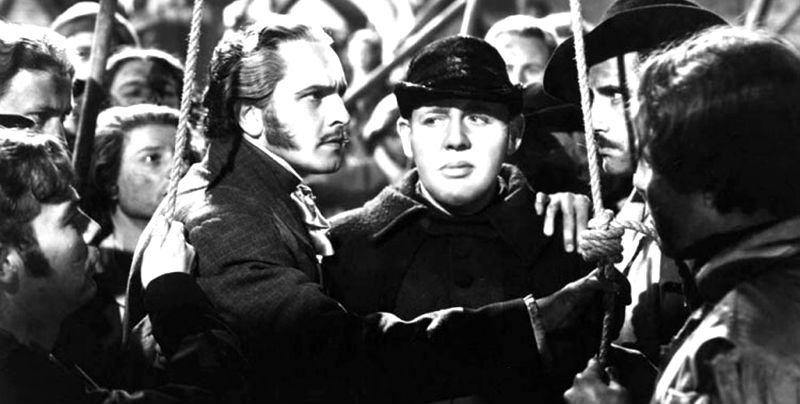 How Les Misérables Created a Model for Police Procedurals

The character of Inspector Javert in Victor Hugo’s masterpiece, Les Miserables, set the standard for the unyielding, driven law enforcement officer obsessed with justice. During his career of upholding the law, Javert was on a relentless pursuit of Jean Valjean, a former convict who broke his parole but moved onto a path of redemption.

To understand Javert, Hugo gives us a little insight as to the past that drives him.

Javert had been born in prison, of a fortune-teller, whose husband was in the galleys. As he grew up, he thought that he was outside the pale of society, and he despaired of ever re-entering it. He observed that society excludes two classes of men, those who attack it and those who guard it; he had no choice except between these two classes; at the same time, he was conscious of an indescribable foundation of rigidity, regularity, and probity, complicated with an inexpressible hatred for the race of bohemians whence he was sprung. He entered the police; he succeeded there.

Javert clings to the belief that individuals are completely responsible for their own behavior, regardless of poverty, starvation, or love. He follows this idea to the extreme. Javert consistently judges quickly, harshly and completely based on any crime committed. He behaves in a manner that respects the chain of command, and to him, God and the law are at the top of that chain.

In the novel, (and less visible in other adaptations) Inspector Javert is greatly feared. He is a known upholder of the law. When he happens upon a group of criminals they scatter in fear and armed men abandon their weapons when he speaks. He is a legend in the pursuit of justice reminiscent of other famous lawmen.

Javert prevailed despite the assumed challenges of his upbringing and chose the pursuit of justice above all other things. This is why in seeking justice, Javert denounces Valjean to his superiors. When he is incorrectly informed that he has wrongly denounced Valjean, Javert requests his own dismissal. Though his request is denied, his self-sacrificing behavior is for the act of justice alone. He recognizes that although it would be painful, the just solution is that he should be terminated. Javert embraces his own beliefs that humans should fully accept the consequences of their actions, no matter what they may be.

“Such kindness disorganizes society. Good God, it is easy to be kind, the difficulty is to be just.”

While his actions may seem hateful, condemning, and judgmental, Javert consistently chooses to pursue hard justice, regardless of what others might consider to be compassionate. After arresting a pitiful woman for assaulting a civilian, despite her pleas for mercy, he is questioned as to whether or not he as any kindness in his heart. He simply responds that “such kindness disorganizes society. Good God, it is easy to be kind, the difficulty is to be just.” Javert draws a thin line between what is just and what is immoral. In his mind, there is no moral gray area or ambiguity between right and wrong. He always chooses to pursue what he perceives as justice, regardless of the cost to himself or others.

This outlook becomes his undoing. At the barricade, Javert is captured by rebels and scheduled for execution. He fully accepts his fate, believing that criminals will always be criminals. When the rebels agree to spare him because they don’t wish to waste bullets, he challenges them to get a knife instead. He welcomes the idea of death, as to die for his beliefs, country and kind would be the noblest way to end his life of service. Despite this, he is shown mercy and released by Valjean, a convict he’d been obsessed with bringing to justice since the beginning. Valjean’s act of mercy completely destroys him. He threatens to arrest Valjean anyway, however, he is unable to bring himself to do so. Angry and confused, Javert’s whole world has tipped. He no longer knows who he is or what his purpose is.

“Javert’s ideal was not to be humane, not to be great, not to be sublime; it was to be irreproachable. Now he had just failed,” Hugo writes.

Javert wanders the streets, considering his next move. There is no negotiation that Valjean’s arrest is required, however, his conscience no longer allows him to do so. For the first time in his life, Javert’s relentless pursuit of justice has been interrupted.

“He had lost his bearings in this unexpected presence; he did not know what to do with this superior (convict); he who was not ignorant that the subordinate is bound always to yield, that he ought neither to disobey, nor to blame, nor to discuss, and that, in the presence of this superior who astonishes him too much, the inferior has no resource but resignation. But how to manage to send in his resignation to God?”

The most important aspect of Javert’s suicide is that it is portrayed as a willful decision in a misguided pursuit of justice. He is strangely heroic in his tragedy, plunging from success to death from a single act of kindness. He is, in that way, wonderfully consistent.

Javert is an original archetype of the relentless law enforcer, who has inspired numerous, richly drawn characters in books and film. His literary “grandchildren” include Deputy U.S. Marshal Samuel Gerard in The Fugitive, and Deputy U.S. Marshal Raylan Givens in Justified. The Shield’s Lieutenant Jon Kavanaugh of Internal Affairs also fits the archetype, suffering a downward spiral in his pursuit of his target, the show’s protagonist, Vic Mackey. Gerard in the 1993 film, The Fugitive, was written as a modern-day version of Javert. He doggedly pursues the protagonist, Dr. Richard Kimble, and considers the truth about Kimble’s conviction none of his business. Their chase through the storm drains is a direct parallel to Javert’s pursuit of Valjean toward the end of Les Miserables. Even the Dementors in the Harry Potter Series fit the trope, relentlessly pursuing their targets with cold, unbiased calculation and the inability to distinguish any mitigating circumstances. The brilliant depiction of Javert’s chase of Valjean is even reflected in such modern characters as Cha-Cha and Hazel in The Umbrella Academy, Hank Schrader in Breaking Bad, and Popeye Boyle in The French Connection.

The relentless law enforcer is unable, or unwilling, to recognize whether their target is either wrongly accused or has already been redeemed. For Javert, and those who were inspired by him, there is no moral gray area. There are only those who follow the law, and those who break it.

Stephanie Harris is the author of psychological thrillers, and she has a special affection for all things disturbing and uncomfortable. A life-long Midwesterner and a licensed professional counselor, she spends her free time writing, day dreaming, and pursuing atypical conversation. 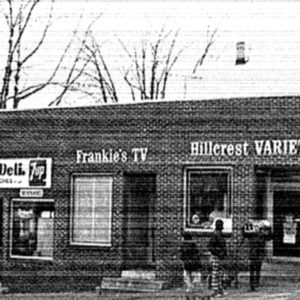