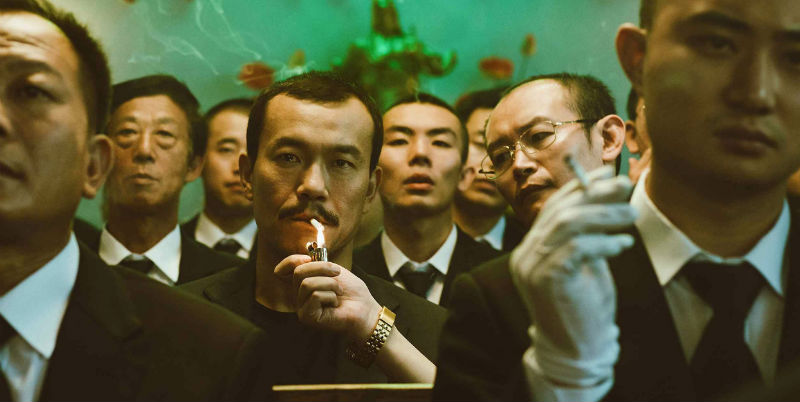 Is China About to Witness a Crime Wave?

Readers and audiences in China are showing an appetite for crime stories like never before. Are authors and filmmakers ready?

In China right now there appears to be a divergence between cinema and literature when it comes to telling crime stories. In amongst the saccharine historical soaps and nationalistic handsome-hero-saves-the-day movies that dominate the national Chinese state broadcaster and the multiplex moviehouse chains, there have lately been some serious filmic examinations of crime in contemporary China.

For example, director Guan Hu’s Mr. Six (2015) starring veteran Chinese actor Feng Xiaogang, and written by Dong Runnian, tells of a fifty-something Beijing neighborhood gangster whose son gets in a fight with a rival gang of youthful hoodlums. The two gangs—old school and new—clash with devastating results for them all and their community. Then last year there was Zha Jiangke’s film Ash is the Purest White. An unsophisticated mafia boss rules the mining town of Datong with his sharp-as-nails girlfriend Qiao. He too is threatened by a younger, more aggressive gang; she saves him, but pays a hefty price. The film moves across the last two decades of massive social change in China and, specifically, through gang life, gambling parlors and the Chinese prison system. Both movies are, in a way, quite remarkable in that they shine a light on the little reported or discussed underbelly of Chinese society. Both stories focus on China’s self-declared jianghu—outlaws, or denizens of the underworld. There is a total, and quite startling, absence of honest cops or virtuous party cadres as communist role models.

Yet these screen portrayals are not being matched in literature. Despite sizable audiences and good reviews for these movies, Chinese novelists appear less interested in criminal themes. Of course there are political reasons for this—the communist party has never been overly keen on representations of the darker side of Chinese society and the government is not eager to see social outsiders or rebels portrayed potentially as heroes. Added to this is the fact that authors do not want to write police stories. Although state TV is full of incorruptible and fair police, I’d venture that few ordinary Chinese citizens see the cops this way.

There are a few notable exceptions that can be read in English. A Yi’s A Perfect Crime (2015) follows a bored provincial teenager through his motiveless crime and subsequent murder trial. It is equal parts Camus and Kafka with a hefty dose of Jim Thompson thrown in—first person, sparse and uncompromising. I interviewed A Yi (himself a former cop) shortly after the book came out and he accepted all these comparisons as influences. Yet, though praised by many influential Chinese literary figures, including the influential poet Bei Dao, he’s yet to break through to the mainstream.

There are also the novels of He Jianhong, himself a former legal prosecutor in the Chinese system, whose crime novels set in the 1990s, Hanging Devils (2002) and Black Holes (2005) attracted some attention. Most recently the translation spotlight has shone on Zhou Haohui and his Chengdu-set novel Death Notice (2018), which features a vigilante murderer killing criminals the police apparently cannot, or will not, touch. Death Notice has sold over a million and a half copies in China.

And, speaking of Chinese crime writers reflecting back on the 1990s, I should mention Qiu Xiaolong’s successful ten book Inspector Chen series set in the Shanghai of that decade. However, Qiu lives and works in America as a T.S. Eliot scholar. He writes in English, though most of his novels have been translated (with only minor censorship, according to the author), and find a decent audience in China.

I sense that younger audiences in China are in fact hungrier for both crime writing and quality true crime than they have been previously. There was always an enthusiastic market for Sherlock Holmes and Agatha Christie, but now, I think, Chinese audiences are becoming more diversified in their crime tastes.

I’ve just returned from a couple of months in Shanghai and Beijing talking to Chinese audiences in various bookshops and at literary festivals. I write true crime set in the (fairly politically uncontroversial) China of the 1930s and 1940s and I do sense a new level of enthusiasm for crime writing in that my Chinese readership has grown significantly in recent years.

I’ll admit to having certain advantages in China—I lived in Shanghai for over ten years, and so have established Chinese bookshop and media contacts. I also have a great Chinese publisher (Oracle) who really knows how to design and market books. There are no doubt other factors such as good social media marketing, as well as a growing interest in my preferred historical period in China (the Chinese Republic of between the world wars) that was considered politically problematic by a previous generation. But I think the growing appetite is more due to a greater general interest level in the crime genre.

In the always lively Q&A sessions at events in China, I get asked my opinion on a significantly wider than previously range of crime writers—Chandler and Hammett, as well as Ellroy and Rankin. Chinese bookshops have beautifully produced box sets of Chandler and Hammett, while Shanghai Translation Publishing House has issued all of Ellroy’s oeuvre. Some Chinese crime fans have encountered a wider world of authors and sub-genres while studying abroad and, of course, have excellent English, iPhones and Kindles. Others are finding their way into crime through TV shows, DVDs and movies, then on to local authors and eventually to writers, perhaps like myself, who write crime set in China.

The other wave of success in recent crime writing with Chinese readers has been with Japanese authors. Keigo Higashino is a literary phenomenon in China. Both his Miracles of the Namiya General Store (2012) and Journey Under the Midnight Sun (2015) were massive bestsellers and among the most borrowed novels by foreign authors at the Peking University Library. Only George Orwell’s Animal Farm challenged Higashino’s domination of student reading. According to the China Daily newspaper, Higashino even outsells Haruki Murakami in China.

Article continues after advertisement
As ever crime writing opens up new perspectives on new worlds, a dark literary tourism though the underbellies of our planet.

Higoshino is scarily prolific—in his early 60s, he’s published well over sixty novels, a dozen short story collections, and about another fifty movie and TV show scripts. Higoshino’s success has been followed by many Japanese crime writers—old and new. Taro Hirai, whose penname Edogawa Ranpo is a transliteration of Edgar Allan Poe, was the country’ most prolific mystery writer from the mid-1920s to mid-1950s. Gosho Aoyama and his 96-book manga crime series Case Closed is also finding big sales in Chinese translation. Others may follow—David Peace, the British noir writer of the Tokyo trilogy (Tokyo Year Zero, 2007, and Occupied City, 2009, with the third to come next year), who lives in Japan, is now being translated into Chinese.

Of course censorship still prevails. Hideo Yokoyama’s internationally bestselling Tokyo policier, Six Four (2016) with its themes of police cover-ups and government corruption is, as one Shanghai publisher commented to me when I praised the book, a “non-starter for China.”

So, where does Chinese crime writing and the Chinese appetite for crime writing go from here? I’m not entirely confident that there will be significantly more crime writing from within China, certainly not true crime. Talking after events, and off-the-record, with Chinese readers they constantly suggest potential true crime narratives to me. You’ll know them if you read the newspapers—the fake baby formula disasters, the Snakehead people traffickers, blood plasma contaminated with HIV, the Bo Xilai political scandals and associated murders. Of course there have been books on these subjects—published outside China, but not imported or translated. Chinese author Yan Lianke’s Dream of Ding Village (2006) was based on the tainted blood sales in rural Henan province which caused a major AIDS crisis in China. The first edition sold out in China; then was promptly banned.

That Chinese audiences are dipping into everyone, from Holmes and Poirot, Philip Marlowe and Sam Spade, and now Ellroy’s “Buzz” Meeks and Gosho Aoyama’s Detective Conan, is fantastic. As ever crime writing opens up new perspectives on new worlds, a dark literary tourism though the underbellies of our planet.

It seems that, for the moment at least, Chinese filmmakers have found a way to talk about crime and to not (always at least) be censored. In the late 1980s, this was also true for Chinese literature. Cynical, vulgar liugang, or “hooligan” literature, from authors such as Wang Shuo, flourished. Those authors reveled in being amoral, anti-tradition, and featuring life outside the system, on the margins. Playing for Thrills and Please Don’t Call Me Human (both published in the cathartic, yet deadly, year of 1989) were perhaps Wang’s best known novels. Both were excellent noir writing providing cynical, morally ambiguous commentaries on 1980s Chinese society in that moment just before the Tiananmen movement burst forth. Inevitably in the mid-1990s, Wang, and other authors in the genre, fell foul of the censors.

Perhaps Chinese authors will find a new way round the censors to use crime and noir writing as a way to comment on Xi Jinping’s China in some way. In the meantime the increasing number of Chinese publishers acquiring Chinese language rights to foreign crime writing is set to provide Chinese readers with a fantastic education in the genre and hopefully go some way towards inspiring a surge of crime and noir writing on the mainland. 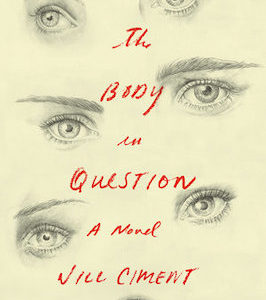 The jury box is now full, five women including C-2, and two men, F-17 and the twitchy alternate with the hectic buzz cut who doesn’t...
© LitHub
Back to top