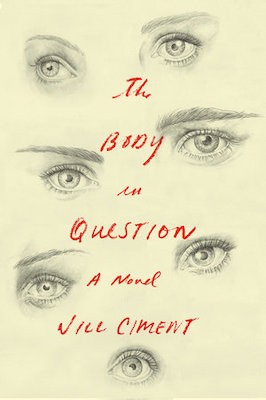 The following is an exclusive excerpt from The Body in Question, a page-turner by Jill Ciment about two of the jurors, Hannah and Graham, presiding over a sensational murder trial in central Florida. Isolated and immersed in the details of the case, they slip into a tangled affair, only to realize they have opposing stances on the crime.

The jury box is now full, five women including C-2, and two men, F-17 and the twitchy alternate with the hectic buzz cut who doesn’t pay attention when the judge explains what a voir dire is. The alternate is too busy admiring the defense counsel, the woman in her early thirties with the disruptively full figure. C-2 notes a shimmer when the young woman crosses her legs under the table. She is wearing nylons in August in Central Florida.

To C-2’s left, the woman in her mid-sixties who had identified herself as a homemaker and member of the First Calvary Baptist congregation raises her hand. “Where’s our other half?” she asks the judge. “Aren’t there supposed to be twelve of us?”

“Florida only requires a six-person jury in all but capital cases,” the judge explains.

The prosecutor, rotund, places both hands at on the table and jacks himself up. He struggles to button his suit, gives up, and then ashes the jury an aw-shucks grin to let them know he is a local boy, not someone hired from South Florida. He rifles through the questionnaires the jury had filled out earlier that day, with all their stats—profession, married or single, children, felonies—and asks if anyone has concerns about being able to wait until they’ve heard all the evidence before making up their minds.

C-2 has never had the patience to listen to someone else’s story and not try to guess the ending. But guessing the ending is different than calcifying into certitude. She would be willing to switch sides if persuaded, but that wouldn’t stop her from speculating. Who honestly imagines themselves to be that neutral and fair?

She glances around at the other potential jurors. They are all nodding affirmatively, certain of their neutrality and fairness, except F-17.

He raises his hand. “Isn’t the belief that you won’t rush to judgment proof that you will?” he says.

C-2 can see that he hopes his syllogism will get him dismissed.

But the prosecutor looks away, as if a new idea has just occurred to him. “Do you read the newspaper?” he asks the woman seated directly in front of C-2. The chairs in the back row sit on a riser. C-2 can see the woman’s scalp through her cornrows. The woman is white and the stalks blond. The ruts in between are sunburned.

“H-8,” the woman says. “I use the newspaper for my parrot’s droppings.”

“Let’s talk about doubt,” the prosecutor says. “Reasonable doubt versus an abiding conviction of doubt.”

The church lady raises her hand. “What does ‘abiding’ mean?”

“The court isn’t allowed to define terms,” the judge intervenes. “And you can’t look up the word on your smartphone tonight. You aren’t allowed to consider any information, including the definition of a word, outside this court. I dismissed a juror last year for looking up ‘prudent.’ ”

The prosecutor studies his polished shoes until the judge finishes. “Let’s talk about common sense,” he says, walking over to the church lady. “How did you decide what to eat for breakfast?”

“I looked in my fridge.”

“So you accepted the evidence before you and made a decision.”

“I had scrambled eggs.”

“Okay, let’s take a more important decision, one that you had to think hard about.” He looks over at F-17. “Are you married?”

“How did you decide to marry your husband?”

“Our accountant told us we would save money on taxes,” she says.

C-2 has never had the patience to listen to someone else’s story and not try to guess the ending.

They’d been living together for over five years. They loved each other. The money could be spent on a vacation, something they had never allowed themselves. They had traveled extensively on assignment, but only to places where the tourists had fled. This time they decided to go somewhere exotic where there wasn’t a war. But without a war, they almost killed each other.

“So you would say your decision making is more swayed by facts than emotion?” asks the prosecutor.

A hand goes up, the twitchy alternate’s. “Why are you asking us all these questions? Why don’t they have professional jurors?”

The defense counsel’s voir dire is calculated to give her a catbird seat.

“Have you heard of Stockholm syndrome?” she asks the jury. To those jurors who don’t nod yes, she explains, “Stockholm syndrome is a psychological term used to describe the paradoxical bond that develops between a captor and a hostage.

“Do you believe such a bond can exist?” she asks A-9, the chemical engineer and only African American on the jury.

“Which family members?” he asks right back.

He thinks before he answers, “Yes.”

“Twins?” she asks B-7, the middle school teacher dressed for an after-hours club.

The jury consultant signals the defense counsel back to the desk to confer. While they strategize, C-2 notices the defendant sneak a piece of chocolate from an open candy-bar wrapper on her lap.

The defense counsel returns to the jury box, walking the length of its wooden rail. “Do you personally know someone who would fall somewhere on the autism spectrum?” she asks no one in particular.

The church lady and the blonde with cornrows raise their hands.

The defense counsel glances over at her jury expert, who doesn’t seem concerned about the familial knowledge of those who lack emotional intelligence.

“Do you believe that innocent people are capable of false confessions?” she asks the church lady.

“What if that person is autistic and lacks the capacity to distinguish between falsehood and truth?”

“I guess” is her answer.

The defense counsel’s final question is for C-2: “Can you be objective about the death of a child and give it no more or less weight than the death of an adult?”

“Do you believe that innocent people are capable of false confessions?” she asks the church lady.

C-2 watches the defendant twist a shank of her harlequin hair. Is the pattern a calculated distraction or did they take away her black shoe polish when they arrested her and those are her natural roots? Markings always serve a purpose. The zebra’s stripes keep away the flies.

When C-2 had tired of photographing the human species, she started photographing animals—the work she is best known for. Her most reprinted series is about mothers trying to protect their young from predators. But rather than photograph the battle and kill, C-2 shot close-ups of the mother’s face at the moment she realized that her calf or fledgling or cub was doomed. Some of the mothers looked stricken, others hysterical.

For each expression she managed to capture, C-2 suffered weeks of bereavement. You don’t accidentally stumble across scenes like that: You track the mothers and infants for weeks. You get to know them as individuals. People think they understand what a kill is like because they’ve streamed a YouTube clip of a lion attacking a baby elephant. But a kill smells. You can hear chewing. Bones snapping doesn’t sound at all like wood cracking. And then there are the howls and caws and bellowing of the mothers.

C-2’s gaze moves to the middle-aged woman seated in the gallery, but she and the defendant’s prettier version have fled. The defendant also notices her family’s defection. She turns around in her chair, and C-2 can see her face again. On second look, the defendant’s face isn’t anything like a symmetrical how-to-draw face. One side of her lip is pulled up. Contempt? The only asymmetrical expression.

The defense counsel is waiting for C-2 to answer. She repeats, “Can you be objective about the death of a child?”

The potential jury, seven of them including the alternate, wait in the hall while the lawyers horse-trade.

The blonde with the cornrows says to anyone one who will listen, “What’s with the defendant’s hair?”

“Did you notice the twin?” asks the church lady.

“We’re not allowed to discuss the case,” says the schoolteacher.

C-2 walks over to F-17. She has always wanted to photograph a dissection, a contemporary cross between Rembrandt’s The Anatomy Lesson and Vesalius’s anatomical illustrations.

“If one of us gets tossed,” she says to him, “can I get your number and email?”

Before C-2 can finish her question, she realizes that F-17 thinks she is trying to pick him up. He looks surprised, but intrigued.

“I’m a photographer,” she explains. “Would it be possible for me to attend your class and photograph a dissection?”

The bailiff calls them back into the courtroom before F-17 can answer.

“The trial begins Monday morning at nine a.m. sharp,” the judge says after the six of them, and the alternate, are sworn in. “You are not allowed to Google or watch or stream or upload or read anything about this case. You are not allowed to discuss this case with anyone, including spouses and best friends who promise they won’t say anything. You took an oath.”

She reminds the jury to pack any medications they need in case of sequestration.

C-2 can’t help but wonder which meds her fellow jurors are on.

Excerpted from THE BODY IN QUESTION. Copyright © 2019 by Jill Ciment. All rights reserved. No part of this excerpt may be reproduced or reprinted without permission from the publisher.

Is China About to Witness a Crime Wave? 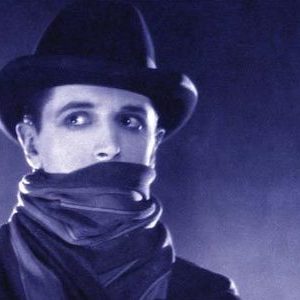