Is Mumbai the 21st Century Capital of Noir?

Mumbai (though still, and probably always, Bombay to the locals) was recently described in The Economist as having emerged as “the gritty, glamorous epitome of modern urban life, a capital of noir for the whole world to admire, or revile.” Is Mumbai a Los Angeles for the twenty-first century? Maybe: it is a vast and growing conurbation fueled by internal migration to the streets-paved-with-gold of India’s movie capital, thanks in large part to mafia financing. Though it’s not technically the political capital, it is where so much of the intertwined worlds of business, politics and crime sit down together and do their deals. But Mumbai is a complicated city—polyglot, multi-ethnic and a confusing hubbub of religions; of slums and dream palaces; of Bollywood style and caged prostitutes in back alleys. Where to start?

Actually that’s an easy question. Suketu Mehta’s non-fiction trawl through 18-million people strong Mumbai, Maximum City (2005) remains compulsive reading and explains the tangled webs of Muslim and Hindu crime gangs, hot men for hire, dancing girls and Bollywood corruption. Put that on the shelf next to Vikram Chandra’s Sacred Games (2006), a 900-page crime novel of gangs, corrupt cops and politicians, propelled by Bollywood greed and the desire to rise up from the slum streets to the gated villas.

All Mumbai life is contained within Sacred Games, the story of the interwoven fates of Mumbai detective Sartaj Singh and Ganesh Gaitonde, the most wanted gangster in India. Sacred Games really is that overused accolade in big novels, sprawling; it’s Victorian in its cast of characters yet page turning (robberies, assassination, real life religious riots) and revelatory about the city. Netflix India recently sought to capture some of the essence of the novel in a TV version that is worth watching. Its subject matter is still raw history for many Mumbaikers—the 1992 riots and the rise of Hindu nationalism (which saw the city name change officially from Bombay to Mumbai, after a Hindu goddess) also split the city’s crime gangs between Hindu and Muslim where before they had been far more integrated. This cleavage of a city into violent difference and a sort of self-imposed religious apartheid is at the heart of Sacred Games.

Jeet Thayil, whose novel Narcopolis (2012) is set in Mumbai, has said of the city: “Bombay seemed to me a city of intoxication, where the substances on offer were drugs and alcohol, of course, but also god, glamour, power, money and sex.” It certainly appears to be tricky to describe and explain Mumbai fully in less than 900 pages. Gregory David Roberts’s consistently strong selling Shantaram (2003) weighs in at nearly a thousand pages but what a story and it is, so he claims, Roberts’s own. In the book Lin, an escaped convict with a false passport, flees a maximum-security prison in Australia to disappear into the back streets of Mumbai. Despite being a foreigner he becomes associated with the underworld of beggars, gangsters, heroin dealers, extortionists, fake holy men, prostitutes, minor Bollywood celebrities and the city’s mafia. Of course the story is contested but Roberts did escape from an Aussie jail and did pitch up in Mumbai on a false passport with a new name, Lindsay Ford. Shantaram includes many detailed descriptions of the city and delves into its various communities. Lin encounters Hindu villains as well as dodgy expats and the locally based Afghan mafia in the city. Roberts descriptions of the vast Navy Nagar slum where Lin hides are based on his own experiences of living there.

Sacred Games and Shantaram will provide you with two thousand pages of Mumbai history, society, politics and crime, but if you still want more:

A lot of places that feature in Crime and the City have a pretty ambivalent relationship with crime writing. The authorities don’t like novels that perhaps show up their own greed, corruption and less than perfect justice system. Authoritarian regimes don’t like their police forces and judges being questioned. But India is the world’s largest democracy and Mumbai is India’s largest and most frenetic city. Indian writers are increasingly looking to crime writing as a way of understanding and explaining the city. Mumbai-based Jerry Pinto’s A Murder in Mahim (2017) is one such book. A young man is found dead and disemboweled in the Mumbai district of Mahim and a journalist and a cop team up to catch the killer. Pinto’s novel raises issues of loneliness in the city, troubled youth, and gay lives in Mumbai.

Lastly, there’s a true crime book that minutely reconstructs the horror of the 2008 terrorist attacks in Mumbai written by journalist team Cathy Scott-Clark and Adrian Levy, The Siege: 68 Hours Inside the Taj Hotel (2014). Anybody who has visited Mumbai can’t have missed the majestic Taj Mahal Palace Hotel, a Victorian edifice, know simply as the “Taj” to Mumbaikers, that is the city’s most luxurious place to stay and home to some of its finest restaurants and bars. On the night of November 26, 2008 Lashkar-e-Toiba terrorists attacked targets throughout Mumbai, including the Taj. For 68 hours, hundreds were held hostage as shots rang out and an enormous fire raged. When the smoke cleared, 31 people were dead and many more had been injured. Scott-Clark and Levy track the days events through the eyes of various guests and staff trapped in the hotel, the police, government and armed forces response and the wider city of Mumbai witnessing the violence at the Taj in the heart of their city. 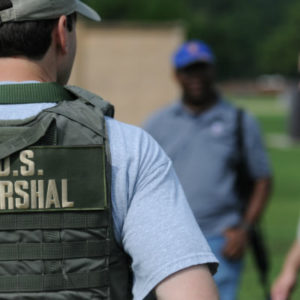 A few years ago, at my thirtieth high school reunion, my wife and I sat beside a friend of mine named Merri—a girl on whom...
© LitHub
Back to top