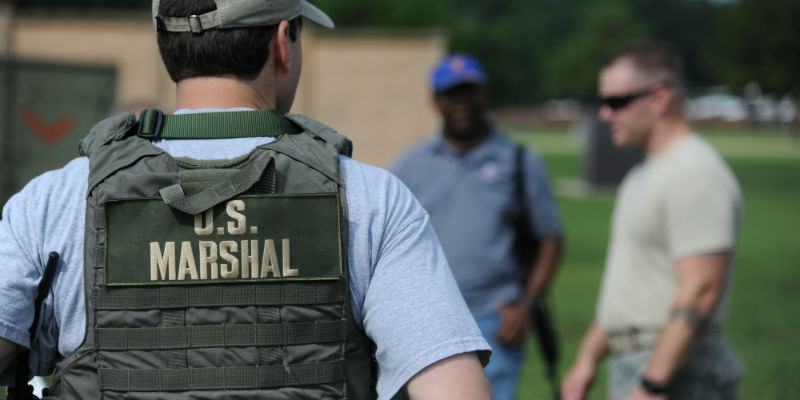 How a US Marshal Inherited an Iconic Spy Fiction Series

A few years ago, at my thirtieth high school reunion, my wife and I sat beside a friend of mine named Merri—a girl on whom I had a massive crush my freshman year.

“You know what I remember about Marc?” Merri said to my wife in her honeyed Texas accent.

“He always wanted to be a spy…”

Merri could have made a worse revelation. My wife already knew I was odd in college, so the fact that I was odd in high school was not news.

I can’t remember a time when I wasn’t reading, writing, or imagining adventure stories. My aunt sent me a box of Hardy Boys mysteries when I was eight, and I burned through those by the time I hit the fourth grade. By middle school, there was usually a Fleming or Forsyth on my nightstand—along with assorted notebooks filled with my attempts to write stories of my own. The Hunt for Red October came out about the time I joined the police department, and I quickly added Tom Clancy to my reading pile.

As a would-be writer, I read with a pencil, noting story structure and interesting turns of phrase. Plot ideas inspired by other books and my own work escapades filled countless legal pads. I felt certain that the fistfights, foot chases, and high-speed pursuits I was involved with would somehow, someday, end up in a novel.

When I was a green detective, a savvy Texas Ranger helping me with my first homicide investigation told me to write down everything I observed, even stuff that didn’t seem important at the time. It was excellent advice for a detective—and a writer. I chased bad guys during work hours and banged away on my Smith Corona typewriter during my off time. I’d piled up a sizable stack of rejection letters by the time I left the PD for a position as a deputy US marshal. Tom Clancy’s The Cardinal of the Kremlin had just come out in paperback and I took a copy with me for my four-month stay at the Federal Law Enforcement Training Center near Brunswick, Georgia.

I was twenty-nine years old, and though I missed my little family, Marshals Service training was incredibly fun—and provided even more grist for the writing mill than my time as a police officer. There was a lot of running, legal instruction, running, firearms training, defensive tactics, and Marshals Beach, which was essentially more running mixed with calisthenics in the sand. My wife was pregnant when I left home, and our youngest son was born while I was a thousand miles away on what the Marshals Service training cadre called a “fun run” through the pine forests of southern Georgia. The training cadre kindly picked me up and took me to call her, then drove me back to complete the last couple of miles of the run with my classmates. That son is a cop now himself—but that’s a different story.

Our accommodations at FLETC were like ratty versions of a Motel 6, with exposed radiator pipes and peeling paint. Those buildings have been razed now, making way for more modern condos. The new digs for incoming federal agent trainees are pretty plush, but I’m glad we got to stay in the old ones. They made it easier for me to envision the Spartan barracks of a KGB training center—while I lay in bed reading Cardinal of the Kremlin and trying to ignore my roommate’s snoring. I could imagine KGB officers Garasimov and Vatutin as they closed in on Jack Ryan’s mole, Soviet Colonel Mikhail Filatov.

Anyone who attended the US Marshals Academy in the eighties or nineties is still likely to feel a jolt of adrenaline at the mention of our defensive tactics instructor, Bob Natzke. He remains the stuff of USMS legend. Those of us who went through on his watch earned countless bruises and sprains in the mat room, kneeing, kicking, and elbowing each other with varying degrees of intensity. At that time, the Marshals Service had a full contact “kumite” fight that was the culmination of defensive tactics and our training program in general. Students from other agencies at FLETC came to watch us pair off and fight our assigned classmate. It made us inordinately proud that they had to have an ambulance standing by outside the gym for the inevitable torn shoulders, dislocated jaws, ruptured testicles…

During firearms training we shot tens of thousands of rounds through the weapons we’d eventually use on duty—at that time, revolvers, shotguns, UZI submachine pistols, and AR 15 rifles—along with a variety of other weapons for familiarization.

We learned to ram vehicles set up as a road blocks, used retired Border Patrol cars to chase each other around a snot-slick skidpan, and practiced Bootlegger and J-turns until we were dizzy. I can vividly recall driving down the long section of track, listening for the voice of the instructor over my headset as he said, “Ambush! Ambush! Ambush!”–the signal to execute whatever maneuver we happened to be working on at the moment.

We practiced surveillance by following various role players on foot and in vehicles through the Brunswick Mall and all over St. Simons Island. We rotated who had the “eyeball” and changed our appearance to keep the “rabbit” from identifying us. It was tense work, incredibly fun, and the experience came in handy over the years as I hunted fugitives—and wrote novels.

When I read about the FBI team in Cardinal of the Kremlin trailing the Soviet KGB operatives through New Mexico, I knew firsthand how difficult it was to execute a rolling surveillance. If things didn’t go as planned during a practical exercise (or later during stakeouts or undercover fugitive investigations), I got a small taste of what John Clark went through during the covert extraction in Estonia.

Riding around in a golf cart with a mini-Uzi in a briefcase looking for would-be attackers gave me lots of time to come up with scenarios that would eventually make it into novels.

Over the course of my career, I was fortunate to have several assignments with the Department of State Diplomatic Security Division (the guys who are killed outside Jack Ryan’s home during the climax of Patriot Games.) I worked the protection details of foreign ministers (akin to our secretary of state) from several different countries including Japan, China, and Egypt. Protective work is a what-if game: how will someone try and hurt my protectee? Is that window a good hide for a sniper? Is this intersection a dangerous chokepoint? How do we egress if we’re attacked? The same questions a writer asks when setting up a scene. Riding around in a golf cart with a mini-Uzi in a briefcase looking for would-be attackers gave me lots of time to come up with scenarios that would eventually make it into novels. Standing post in the background at state dinners, in the White House Rose Garden, and various foreign embassies let me to see first-hand the protocol and interactions of diplomats—and intelligence officers.

In between assignments and raising our family, I took flying lessons, honed my scuba skills, practiced martial arts, studied Japanese—and called it research for stories of my own. The assignments, the after-hours “smokin’ and jokin’” that deputies/agents do to blow off steam, the good guys and the bad, helped inspire plots and characters. Books by Forsyth, le Carré, and, of course, Tom Clancy, got passed around, discussed, and left in command posts for the next team that rotated in. The Hunt for Red October, The Sum of All Fears, The Cardinal of the Kremlin, and Without Remorse, all helped my friends and me get through graveyard shifts on dignitary protection and Witness Security assignments.

I’ve always had a vivid imagination, but I never imagined that I’d someday have the opportunity to carry on writing Tom Clancy’s iconic characters. One of the plots of last year’s Power and Empire let me explore what John Clark might do if faced with similar circumstances to those in Without Remorse.

In The Cardinal of the Kremlin, Clancy wove plenty of interesting technical information into the story, but Cardinal is at its core, a book about spies, the case officers who handle them, and the counter intelligence operatives who hunt them. My aim was to give Oath of Office that same flavor.

Over the years since high school, I was fortunate to have a job that let me drive fast, carry a gun, and fight a bad guy or two—experiences that were invaluable to my writing. Despite my dreams from back when I had that crush on Merri, I never did get to be spy. But, thanks to this new job writing about Jack Ryan, John Clark, Mary Pat Foley, and countless other Clancy characters, I get to come up with stories for some of the best.

Marc Cameron is the author of the Jericho Quinn series and Tom Clancy Power and Empire. A native of Texas, Cameron has spent over twenty-nine years in law enforcement. His assignments have taken him from rural Alaska to Manhattan, from Canada to Mexico, and points in between. A second degree black belt in jujitsu, he often teaches defensive tactics to other law enforcement agencies and civilian groups. Cameron presently lives in Alaska with his wife and his BMW motorcycle. His latest book, Open Carry, is now available from Kensington Books.
https://marccameronbooks.com/

Is Mumbai the 21st Century Capital of Noir? 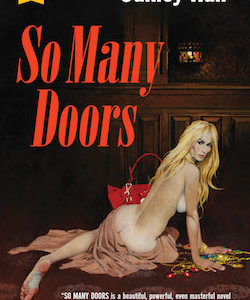 He had not liked Jack at first. He had already been in the CCC almost a year when Jack joined. Jack had been immediately...
© LitHub
Back to top