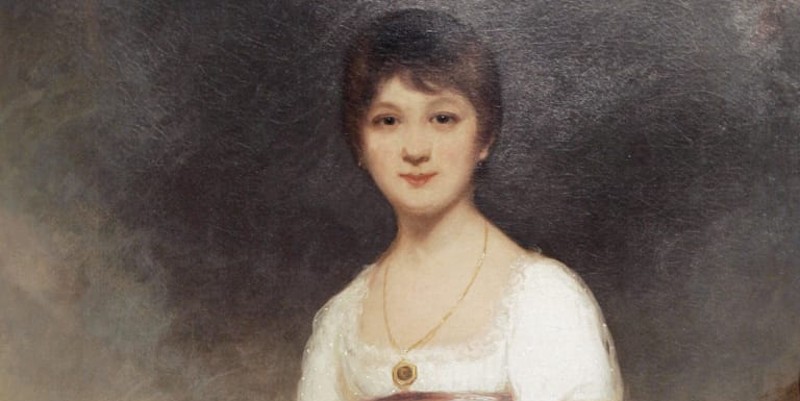 After decades of writing detective novels featuring Jane Austen, Stephanie Barron has developed a theory about the author's death.

For the past twenty-six years I have been writing a series of detective novels about English novelist Jane Austen, whom I unleash upon various blood-soaked criminals throughout the Kingdom, armed with her insatiable curiosity and her mordant sense of humor. The books begin in 1802 on the eve of her twenty-sixth birthday, and follow her life through various upheavals and calamities, both real and fictional, to her death at age forty-one in July 1817.

We’re not quite there yet, in my imaginative rendering—but the fourteenth book, Jane and the Year Without a Summer, brings us to the threshold of Jane’s mortal illness, in May, 1816. This was an epically awful spring, not just in the Austen family but throughout the world. The eruption of Mount Tambora, a volcano on the Indonesian island of Sumbawa, on April 10, 1815, was one of the most violent recorded in human history, and throughout the subsequent year the cloud of ash it threw into the earth’s atmosphere blocked so much sunlight it caused profound climatic change.

That winter of 1815 was particularly hard—the Thames froze completely in London, spurring one of the last Frost Fairs in that city’s history—and the spring of 1816 was stillborn. Crops died in the chill and flooded fields, so that both Europe and the Americas experienced famine. Coming on the heels of 1815’s Battle of Waterloo and the massive disruption of European economies caused by the cessation of warfare and the return of military conscripts to the employment rolls, the bank failures, slump in agriculture and subsequent spiraling food costs caused even worse privation and eventually, labor riots.

In fact, 1816 gave us the Year Without a Summer, as it became known, because temperatures remained so low and the weather so inclement. It also gave us Mary Shelley’s Frankenstein, as she sat mournfully by the fire at a rented villa on Lake Geneva with Percy Bysshe Shelley and Lord Byron, spinning ghost stories when they couldn’t bear to go outside.

In May of 1816, Jane Austen is coming off a rough winter. Her brother Henry’s bank has failed, and her brothers Frank and Edward are on the financial hook to cover a serious amount of Henry’s losses. Edward, the most financially stable of Jane’s five brothers, is being sued for wrongful inheritance by a family in Jane’s Chawton neighborhood. And her beloved younger brother Charles, like Frank a captain in the Royal Navy, has lost his ship in a hurricane—and is being called before an Admiralty Review Board for dereliction of duty. Everyone is stressed. Jane and her brother Cassandra have been entertaining everyone at their small cottage, including Charles’s motherless children, and it’s no wonder Jane’s health is impaired.

She’s feeling, as she might have put it, seedy: her back aching, her stomach and bowels unsettled, her sleep wretched and disturbed. She dips into her savings from the profits of Emma, published the previous January, and carries her sister Cassandra off to Cheltenham Spa for two weeks of rest and relaxation.

Naturally, while there, she stumbles over a mystery and a number of bodies. Cheltenham was a newer, rasher, and less genteel watering-hole in 1816 than neighboring Bath, although the Master of Ceremonies for all the amusements (pump room, balls, and concerts) served both towns. Jane can only afford rooms in a boarding house, where she and Cassandra are at the mercy of their landlady’s food and their fellow-guests. But Cheltenham was also known as the residence of Dr. Edward Jenner—a notable man of Georgian medicine, and an acquaintance of the Austen family.

One of the distinctive areas of Georgian medicine, I learned while researching Jane and the Year Without a Summer, was the oddly psychological characterization of “women’s ailments,” as they were called. Every sort of symptom a woman might experience, from headaches (a frequent complaint in Austen’s novels) to fatigue, to fragile nerves, to anorexia nervosa and infertility, was attributed to the debilitating influence of the uterus. The uterus, Georgian medical men—and they were all men—firmly believed, rendered women’s minds incapable of study; and indeed, if a woman exerted her mind in any capacity, she was liable to be unfit for childbearing—which was the sole purpose of women on earth.

Jane had exerted her mind to an outrageous extent, being the author at this point of four successfully published novels.

As I read about the medicine of the period (no pun intended), I began to wonder about menopause, and how the late Georgians regarded its effects. On a whim, I began to look for any possible link between Addison’s Disease and menopause.

Why Addison’s? Because it is generally ascribed as the cause of Jane Austen’s premature death at age 41 on July 18, 1817. Addison’s is also known as primary autoimmune adrenal insufficiency. Like the similar autoimmune disease of diabetes, which affects the pancreas and its production of insulin, Addison’s affects the adrenal glands. Whereas insulin regulates human sugar levels, adrenal hormones regulate equally critical sodium levels.

I had boned up on Addison’s for the subject of a previous book, Jack Kennedy, about whose disease and its eventual diagnosis and treatment I wrote in Jack, 1939, a World War II spy novel I authored as Francine Mathews. Present-day medical experts believe Jane suffered from the same illness starting in 1816, because of the symptoms she describes in her letters: backaches in the region of her kidneys (the locus of the adrenal glands), problems with her digestive tract, and a characteristic discoloration of her skin, particularly her face—which she described as “black & white & every wrong colour.” It’s possible she died of pancreatic or liver cancer, which might present similar symptoms. Austen’s biographer Claire Tomalin posits Hodgkin’s lymphoma. But I was nonetheless intrigued. If she had developed Addison’s suddenly at roughly forty years of age, what might have caused it?

I found one possible answer in a 2002 study by researchers at the National Institute of Child Health and Human Development (NICHD). The study found that women who experience early-onset menopause, or premature ovarian failure, are three hundred times more likely to develop autoimmune destruction of the adrenal glands—or Addison’s Disease.[1]

Early-onset menopause is defined as occurring before the age of forty. Jane was forty years and six months old when she traveled to Cheltenham spa.

I have no idea whether I’m correct in my suspicions of how or why Jane died an early death. But the situation of so many women in the period she lived—consigned to childbearing as their primary function, treated as immature children controlled by the influence of their sexual organs, denied parity with men in intellectual endeavor, and frequently disregarded as independent agents of their own lives—has certainly influenced how I depict her as a character. Jane’s force of personality and mind blaze through the intervening two hundred-odd years since her death; they are the chief reason we continue to find her novels so compelling. I, for one, am sad to see her go. 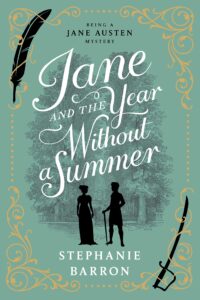 Stephanie Barron was born in Binghamton, New York, the last of six girls. She attended Princeton and Stanford Universities, where she studied history, before going on to work as an intelligence analyst at the CIA. She wrote her first book in 1992 and left the Agency a year later. Since then, she has written twenty-nine books, including the critically acclaimed Merry Folger series, which she writes under the name Francine Mathews. She lives and works in Denver, Colorado

A Roundtable Discussion on The Long Path Towards Justice In Publishing 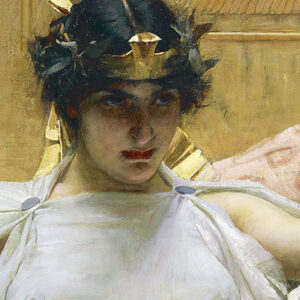 Honestly, I think historians are all mad. —Josephine Tey, The Daughter of Time Full disclosure: I’m not an historian....
© LitHub
Back to top