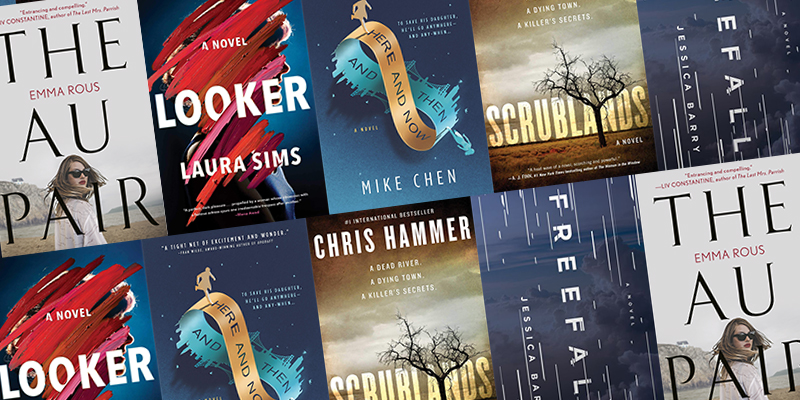 5 New Authors Breaking into the World of Crime

Breaking into the crime game isn’t easy, but every month, a few brave and talented souls make a go of the mystery and thriller racket. For readers, there are few experiences so thrilling as finding a new author whose career is just beginning and whose work promises years of enjoyment to come. But it’s sometimes hard to find those debuts. That’s where we come in. We’re scouring the shelves in search of auspicious debuts and recommending the very best for your reading pleasure. 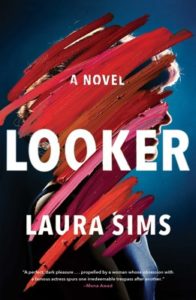 This debut is a penetrating and unsettling psychological thriller. A woman’s fixation on her neighbor, a well-known actress, goes from unhealthy to something far more sinister after the women meet at a summer block party. It’s a novel about identity, appearances, and envy, and it’s one of the season’s most timely reads, an innovative experiment in what a thriller can be. 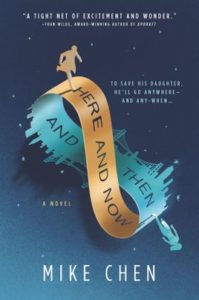 Mike Chen, Here and Now and Then (MIRA)

This tale of time-traveling investigators stuck in a Grandfather Paradox from newcomer Mike Chen is hard to pin down, but we’re claiming it for the crime corner anyway. Kin Stewart is a seemingly normal IT guy, hanging out with his wife and child in the San Francisco suburbs, when he receives a visit from his past—and from the future. Turns out,  Stewart is a time-traveling secret agent, and he’s supposed to head back home after nearly 20 years stranded in the past. But Stewart, emphatically, does not want to go home. Do we root for his happiness, or do we get super-worried about the time-space continuum and hope there’s a convenient way to get rid of him? Chen’s level of creativity belies the debut status of his new book, and we’re excited to welcome a bold new voice to the world of genre crossovers. 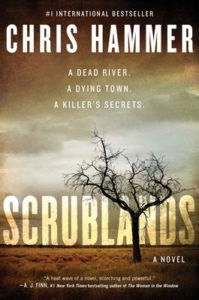 A rural outpost in the rugged Australian countryside is the setting for this powerful, atmospheric debut from longtime Australian journalist, Chris Hammer. A town is haunted by a mass killing by the local priest as the anniversary of the massacre approaches; a reporter who’s sent to write about how the town is coping with the trauma begins to suspect that the company line about what happened there isn’t true. New murders arise and secrets intersect as Hammer builds the tension and points toward a chilling conclusion. Scrublands is a thrilling, confident crime debut that will have readers all over the world taking notice. 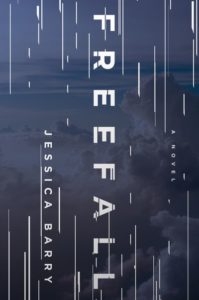 Freefall is a mother-daughter thriller and an impressive debut for Barry. Widowed Maggie Carpenter lives in a small town in Maine, where she and her late husband raised their daughter, Allison. Ally, now living in San Diego, and Maggie have been estranged for years. When Ally is supposedly killed in a private plane crash where her fiance was the pilot, Maggie sets out to find out who her daughter became—and what happened to her. 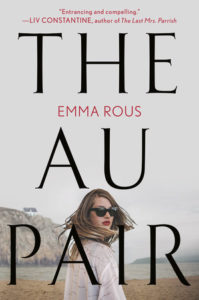 If you like vaguely gothic books set at big rambling estates on the English coast, The Au Pair is the book for you. Twins Seraphine and Danny are twins who along with their older brother, Edwin, will someday inherit Summerbourne, the luxurious home where they spent most of their youth. There is tragedy, though, associated with the twins’ birth and with Summerbourne, as their mother flung herself off the cliffs soon after she gave birth. When Seraphine finds a family photo of her mother holding only one baby, she begins to investigate exactly what happened that day, and her family’s lives and lies slowly unravel. 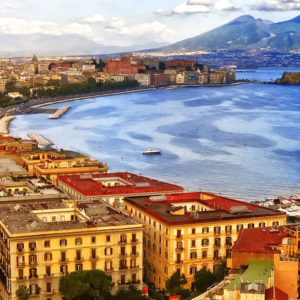 Napoli—Italy’s third largest city; four million or so people in the city and suburbs; the country’s major port; the birthplace...
© LitHub
Back to top