Napoli—Italy’s third largest city; four million or so people in the city and suburbs; the country’s major port; the birthplace of pizza; and, of course, home of the Camorra mafia. The Camorra are not new, but the work of Roberto Saviano has brought their criminality and violence into the twenty-first century: first with his non-fiction account of the Comorra’s disastrous effect on Naples, Gomorrah (2007), and then with his recent novel The Piranhas (2018). Gomorrah described “The System,” the network of gangs and mafia, families and clans, teenage boys on motor scooters and dons in restaurant back rooms, that form Naples organized crime today. It showed how they facilitate the import of trafficked women, Chinese-made counterfeit goods, and toxic waste through their control of the Port of Naples. And his work shows just how violent they are too—Campania, the region of Italy of which Naples is capital, has the highest murder rate in all of Western Europe and, thanks to their importation and subsequent dumping of toxic waste, cancer levels there have skyrocketed in recent years. If you ever doubted that the mafia were parasitical then Saviano puts you straight on that point. Gomorrah became first a movie bringing international attention and notoriety to the vast Scampia housing projects that hide many of the local gangsters, and then a successful TV series (season four is now filming; season five being written).

The Piranhas, which opens with an incredible scene of a gang leader defecating on a gang member and then uploading it to Facebook to punish him, centers on a group of Neapolitan dialect-speaking Naples teens. They are small fry in The System, but aim through dealing and violence to soar much higher. Along the way we encounter Godfathers-turned-informers, Naples-style bling mafia weddings, gun-running Chinese, gypsy encampments, and Albanian dope smugglers. The young comers communicate on Facebook and Whatsapp to dodge the Carabinieri cell phone taps.

Saviano’s writing, whether fiction or non-fiction, is of the highest order. His descriptions of his hometown of Naples are simultaneously tragic and elegiac; he neither condemns unthinkingly nor excuses. As his disclaimer to The Piranhas says: “The characters and events that appear here are imaginary; what is authentic, on the other hand, is the social and environmental reality that produces them.” And Saviano’s work is accurate, so accurate and so damning that since the publication of Gommorah in Italian in 2006 Saviano has lived under a death threat from the Casalese clan of the Camorra. For Saviano the decision to write true crime has been life changing in a terrible way: since October 13, 2006, he has lived under constant police protection. He remains under close guard by the Direzione Investigativa Antimafia (the DIA, Italy’s Anti-Mafia Investigation Department). That close protection is not likely to end anytime soon—Camorra longevity rates may be stunted by machine pistols; but their institutional memory is long indeed.

Locally-born author Maurizio de Giovanni created the Commissioner Ricciardi procedural series, set in 1930s Naples. There are eleven books in the series in English, thanks to the good people at Europa Editions (who translate so much high quality crime from many languages into English). Ricciardi’s Naples is fascist-controlled with a façade of peace and prosperity hiding the crime and poverty underneath. Where to start? All the books are so good and quintessentially Napolitano. Blood Curse (2013) is set in 1931 amid the poor and overcrowded tenements of the old town; Nameless Serenade (2018) among the wealthy echelons of the city; Everybody in Their Place (2013) takes us into the heart of the city’s fascist elite; while By My Hand (2014) has some of de Giovanni’s best descriptions of the back streets of Naples. More recently de Giovanni has begun The Bastards of Pizzofalcone (2016) books, a distinctly more noir and contemporary series. A new group of supposedly incorruptible cops is assigned the Pizzofalcone precinct of Naples and a high-profile murder case. In book two, Darkness for the Bastards of Pizzofalcone (2016), a child is kidnapped and in book three, Cold for the Bastards of Pizzofalcone (out in spring 2019), a double murder investigation leads to the heights of Napoli politics. De Giovanni claims the inspiration for his Bastards of Pizzofalcone series was Ed McBain’s classic 87th Precinct books that ran from the mid-1950s to McBain’s death in 2005 and defined hardboiled crime fiction for a generation.

Jan Merete Weiss grew up in Puerto Rico, but obviously has a bit of thing for Naples. Her contemporary Captain Natalia Monte of the Naples Carabinieri series starts with These Dark Things (2011). A student is dead but who is to blame—her professor, a monk she knew, or the Camorra in the midst of a war to control the garbage collection rackets across the city? The second book in the series, A Few Drops of Blood (2014) mixes the lowlifes of the Naples mafia with the high life of the city’s art cognoscenti and the local gay underground.

Michael Pearce is the author of the “Dead Man” series, set just before the First World War, in which members of Britain’s diplomatic corps turn up dead in various locations. Book six in the series is A Dead Man in Naples (2010)—it’s 1913, a minor British official is dead and the investigation leads Special Branch detective Sandor Seymour towards professional cycle racing, gambling and, of course, the Camorra.

Neil Griffith’s Betrayal in Naples (2013) is bang up-to-date with an Englishman adrift in the city, seeking out a former girlfriend who is now the wife of a top Naples judge in the midst of a high-profile and potentially life-threatening mafia trial. Betrayal is an integral part of Naples life in this novel: men betray women and vice versa; the people are betrayed by corrupt elements in the state; the mafia themselves are betrayed by their own Godfathers turning state witnesses.

And so, as ever, one last and highly recommended read. Andrej Longo (he adopted the name in honor of Prince Andrej Nikolayevich Bolkonsky in Tolstoy’s War and Peace, by the way) remains far better known in his native Italy than abroad. Despite winning prizes he still moonlights as a pizza chef to pay the bills. Longo’s collection of short stories, Ten (2007), is set in Naples with themes based on the Ten Commandments. The book won what’s known as the triple in Italy—the Bagutta Prize, the National Literary Prize of Bergamo, and the Piero Chiara Prize, which was enough to get it translated into English. All ten stories reveal the intersections of the underbelly of Naples, and just how the city’s residents are forced (through fear of violence and retribution in close communities) to compromise with the mafia, making the easy slip into criminality and complicity with the Camorra.

Along with Saviano’s writing, Longo’s Ten is perhaps the best place to start a tour of underworld Naples. 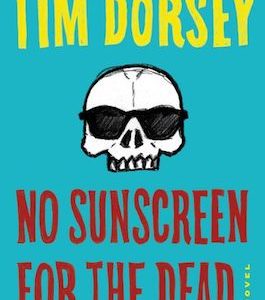 CENTRAL FLORIDA Late one night in the state’s largest retirement community, a sixty-eight-year-old woman and her younger...
© LitHub
Back to top