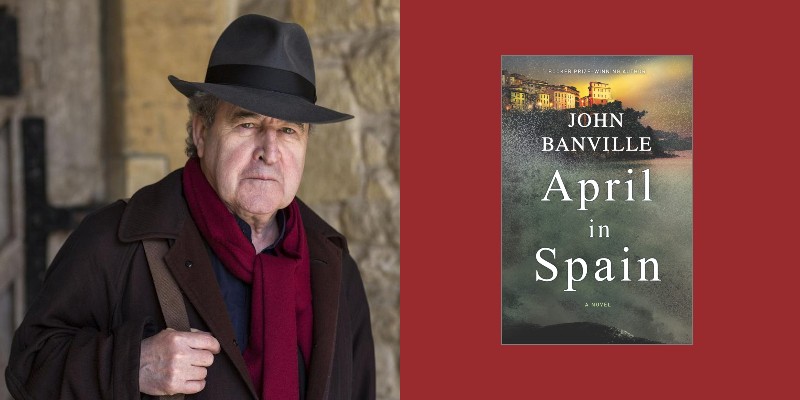 Banville says his "Benjamin Black" pen name is done, finished, dead. So what is his protagonist Quirke doing in a new novel that moves between Ireland and Spain?

At the conclusion of the seven Quirke novels, starting with Christine Falls and concluding with Even the Dead, it seemed as though Benjamin Black, aka John Banville—(and more later about the name game he’s adeptly played) had achieved a perfect narrative arc. Over the series, we learned how Quirke had become the misanthropic misfit he is and how the repressive Catholic Church’s control of Dublin in the 1950s permeated all aspects of an often depressing, yet occasionally vibrant life.

Quirke, a pathologist who seldom actually practices his trade, cannot help but involve himself in any number of suspicious deaths, enduring beatings and complicated love affairs along the way. All the while, the omnipotent power and political reach of the Church hovers menacingly over his own life and the culture of the era. Yet, as the series concludes (or we thought it did!) Quirke’s personal life is surprisingly calm and …happy.

In an interview with the Guardian in 2014, during the run-up to some of the early novels of the series being produced for television, Banville says Quirke is a creation that comes from the “damaged recesses of my Irish soul. I sympathize with Quirke; he is a very damaged person, as many Irish people are from their upbringing.” Writing—as Black, he said, “Quirke lives in the apartment in Dublin I inherited from my aunt and he moves in that area where I was when I moved to Dublin. He’s better off than we were in those days, but yes, it’s soaked in my recollections. It is more connected to the circumstances of my life than my Banville books.”

But now, following last year’s Snow, as John Banville, he brings Quirke back, in April in Spain. (Black, Banville told the NYT when Snow was published, is finished as an alternative persona and writer,  “I shut him in a room with a pistol, a phial of sleeping pills and a bottle of Scotch, and that was the end of him…”) It’s less confusing than it sounds, honestly!

Because the novel’s plotlines and cast are so inextricably linked, it’s a tricky proposition to review this new start? of another series. While spoilers do not abound, there are a few here for those who are not familiar with Quirke and his enthralling and distinctive milieu.

The story moves back and forth, primarily between San Sebastian and Dublin, as Quirke and his new wife, Evelyn, are on their honeymoon. Evelyn, a complex, private woman from Austria who survived the horrors of WWII has reinvented herself in Dublin as a psychiatrist. “Evelyn’s unshakeable calm could be infuriating. It was as if she lived inside an insulating capsule made of something transparent but finer than glass and entirely impenetrable.”

And it’s not easy, this romantic love stuff, for Quirke: “He could never say the word ‘love’ without flinching, a little, inwardly. Yet he made himself say it, and go on saying it, as if to shore up something that was in constant danger of collapse. It was a bit of mortar he applied to the edifice they had fabricated together, he and Evelyn.” Trauma, in its infinite variety, is never far from Quirke, or his consorts. It’s an underlying element of every episode.

But naturally, despite this version of marital bliss, and a serious change of scenery, Quirke finds much to his dislike. In their upscale, sumptuous hotel, “How was it, he wondered, not for the first time, that people seemed oblivious to the brazen confidence trick that was played on them in hotels? Did it never occur to them to think how many greasy holidaymakers, leaky honeymooners, how many oldsters with unpredictable bladders and flaking skin, had slept already in the very bed in which they were themselves just now reclining?”

As Quirke and Evelyn settle in to the pleasures of San Sebastian, a young and deeply damaged man in London is in need of work:  “Terry Tice liked killing people. It was as simple as that … He wasn’t a looney, and it wasn’t a sex thing, or anything sick like that – he was no psycho.”  Right. Terry was having a tough time though, until “…Percy Antrobus came sashaying into his life. Percy was – well, it was hard to say what Percy was, exactly. Heavy, pasty-faced, with a woman’s hips, and bruise-coloured pouches under his eyes and a fat lower lip that sagged and turned a glistening shade of dark purple when he’d had a few…his mouth pursed into a crimped little circle that looked less like a mouth than a you-know-what…”

Percy, a sort of “fixer”, has money—where it comes from isn’t clear, but … “he it was who saw Terry’s potential, and introduced him to his true vocation.”  He hires Terry to kill, of all people, his mother, who’s threatening to cut Percy out of her will. Terry soon moves in with Percy, and things go, well, somewhat smoothly, until Percy annoys Terry one time too many, and Terry disposes of him one night.

Meanwhile, back in San Sebastian, Quirke badly injures his hand trying to open an oyster with a pair of Evelyn’s nail scissors and goes to the local hospital to have it stitched up. The doctor he initially sees takes one look at him and vanishes. Convinced, haunted, that somewhere, sometime, he’s seen her before, he eventually comes to believe she is April Latimer, a doctor from Dublin who was friends with his daughter, Phoebe, but was murdered by her deranged brother at the conclusion of the third novel in the series, Elegy for April. Thing is, April’s body was never found…

He connives to invite the doctor, “Angela Lawless”, and another doctor—seemingly her lover—to their hotel for dinner, to see if his suspicion can be confirmed. And thus, setting in motion events that, of course, have unintended consequences. It’s the Quirke way.

Although it would seem implausible these two strange San Sebastian doctors would actually show up, Banville sells it well. The male doctor arrives first. And then “she entered in a flurry, as if she were fleeing from something or someone in the street and had plunged into the first open doorway she had come upon. She wore enormous dark glasses, the bulging lenses of which were gleamingly opaque—they looked to Quirke like the magnified eyes of a monstrously overgrown insect—and a mantilla of heavy black lace that covered her hair entirely. Her frock was a silvery silk sheath, with long sleeves buttoned at the wrists, and her shoes had four-inch heels. Her mouth was a wide slash of scarlet, the lipstick somewhat crookedly applied.”

Dinner is a disaster, but Quirke now believes more than ever that this woman is April Latimer. Quirke calls Phoebe and tells her he’s convinced April is alive, and would she come and tell him if he’s right.

At the same time, the wheels of corruption at a high level of the government in Ireland begin to turn. The Latimer family is powerful—and full of perverse secrets—and April’s politician uncle, William, wants to keep it that way. After an ill-timed visit from Phoebe who naively tells William of her father’s belief April is still alive, he begins to set a plan in motion—to eliminate April once and for all. Hello, Terry Tice.

As Phoebe firms up her plans to go to San Sebastian, she meets with Chief Superintendent Hackett of the Garda, a frequent character in the past novels who often helps Quirke in his unofficial “investigations.” But here Banville, as he loves to do, shuffles in Detective Inspector St. John Strafford, the Protestant cop in a sea of Catholicism introduced as the protagonist of Banville’s previous novel, Snow. We can see this coming, this meld of Strafford and Quirke from hints dropped by Banville in that book.

Hackett tasks Strafford to accompany Phoebe to Spain. “Detective Inspector Strafford entered the room and closed the door gently behind him. His manner was abstracted, as if he had wandered in by accident and hadn’t quite realized where he was. Phoebe regarded him with candid interest. He was thin to the point of gauntness, with pale, bony wrists and peculiar, pale soft hair. His face was so narrow it seemed that if he turned sideways it would collapse into two dimensions.”

The stage is set for a conflation of this fundamentally disparate band of actors.

Reading Banville is simply exhilarating. While his plotting is compelling, and frequently startles, his descriptive language when he’s adding to the atmosphere of his real and imagined universe as in the asides about the natural world, are vivid…and exquisite. Soon after their arrival in San Sebastian, “The sea was as smooth and flat as an oval of black glass, traversed by a track of moonlight the colour of tarnished gold.” Quirke wakes up in the morning and “…opened his eyes and was dazzled by splinters of morning sunlight.” In Dublin, “The rain flung a final handful of drops against the window and abruptly ceased. The shadow of another cloud skimmed the rooftops, swift as a bird.”

Dour, depressed and sometimes drunk Quirke still has an eye for women, here a waitress at the hotel. “She was a tall, slim young woman, the type described as sloe-eyed, dark and provocatively sullen. He had already noticed her exquisite wrists. He had a special fondness for the moving parts of women, their wrists, their butterfly-shaped ankles, their shoulder blades like a swan’s folded wings. In particular he treasured their knees, especially the backs of them, where the skin was pale, milk-blue, with delicate fissures, little fine cracks, as in the most fragile old pieces of bone china.”

Over the years, Banville has made not infrequent appearances in the New York Review of Books, both being reviewed and as a critic himself. In 2016, he reviewed Marxist scholar Fredric Jameson’s short and dense Raymond Chandler: The Detections of Totality. He’s a good fit; his Black-Eyed Blonde (2014) Philip Marlowe pastiche (Benjamin Black) is dead-on.

While the Jameson book is a thickly worded, deeply academic treatise on Chandler, Banville notes, “According to Jameson, for an experimentalist in style such as Chandler, the detective story is an ideal form, since it is “without ideological content without any overt political or social or philosophical point.” Nevertheless…Chandler’s fiction affords us a general view of society at all levels of class, but especially the top and the bottom, that is, the super-rich and, not the poor, exactly, but the irredeemably down at heel, who, in Jameson’s fine phrase, ‘have their lack of money stamped on them as catastrophe.”

Indeed, as many others, Banville has certainly absorbed these tenets throughout his Quirke series. And during the grand guignol climax of April in Spain—and while Banville is always firmly in command of his plot, surely he took note of the famous Chandler quote about writing: “When in doubt, have a man come through the door with a gun in his hand.” 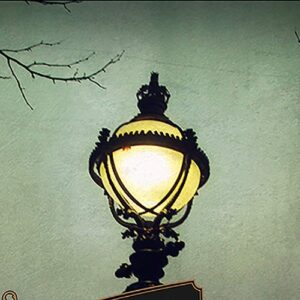 Another week, another batch of books for your TBR pile. Happy reading, folks. * Anthony Horowitz, A Line to Kill (Harper) "Bestseller...
© LitHub
Back to top