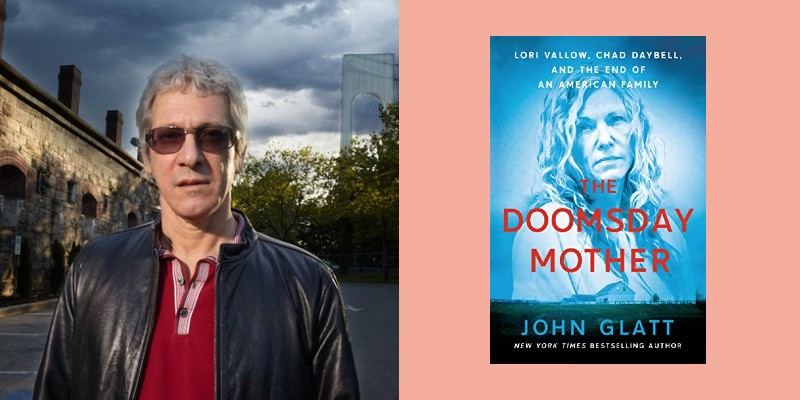 Glatt speaks with Gabino Iglesias about the horrific crimes behind his new book, The Doomsday Mother

To say John Glatt is prolific is an understatement. Glatt, an investigative journalist with more than three decades of experience, has researched, written, and published 19 true crime books and 4 biographies in the last fourteen years. His latest, The Doomsday Mother: Lori Vallow, Chad Daybell, and the End of an American Family, is a gripping, enraging narrative that chronicles the lives of Vallow and Daybell and then everything that happened after they met. The book, which Glatt wrote using everything from court documents and police reports to Vallow’s own text messages and interviews with many of the people involved, is the kind of creepy true crime narrative that gets under your skin. While many true crime books deal with brutal murders and despicable behavior—something that, strangely enough, are elements that have made the genre so popular—The Doomsday Mother is arguably more intense because it deals with the murder of children. Also, the book doesn’t deal with a cold case or something plucked from history; Vallow is still waiting for the final word on this, and many people are waiting to know what punishment she’ll receive.

Vallow had a perky personality, so her descent into madness is very strange and, to a large extent, maddening because a lot of the people around her failed to notice how extreme her religious views were becoming and how they jeopardized the safety of her family. In any case, I enjoyed the book, but after reading it, I had questions about how it was put together, so I reached out to Glatt. Here’s what he had to say:

Gabino Iglesias: Most of the true crime narratives that land on my desk are for cases that happened years ago. This is a book about an extremely recent event. What was the research process like and how did you manage to get the book out while the case was still “fresh” in our memory?

John Glatt: It’s true that most of the cases that I write about have already gone to trial and the Lori Vallow/ Chad Daybell case is still ongoing. Luckily I was able to access many of the key players for interviews about what happened and get the inside story. At the present Chad Daybell’s trial is scheduled for January 2023 and Lori, who has been deemed incompetent, is still undergoing treatment in a psychiatric hospital.

GI: We see Vallow and Daybell’s rather fast spiral clearly, but to those around them, it took a while. What role do you think Vallow’s personality played in that delay?

JG: By all accounts Lori was charismatic and drew people to her like Velcro. I was amazed how Lori and Chad’s increasingly bizarre beliefs and teachings regarding near death experiences and the end of the world fooled so many people. Her third husband Charles Vallow eventually tried to have her committed after she coldly informed him that he had become a zombie named Nick Schneider, but Lori still managed to convince police and a psychiatric hospital that she was sane and Charles was her abuser. Perhaps if the authorities had seen the warning signs, Charles, who Lori is now accused of murdering with her older brother Alex, might be alive today.

GI: In The Doomsday Mother, the preppers’ movement and the Church of Jesus Christ of Latter-day Saints seem to be a huge part of both Vallow’s and Daybell’s vision, but they eventually move away from both of them with increasingly extreme ideas. At what point in their narrative did you identify this break? Why do you think they moved into uncharted territory?

JG: The prepper’s movement had little to do with the straight Mormon religion. Chad Daybell’s ideas became increasingly heretical over the years as they veered into pure blasphemy. Lori, who was brought up in the Mormon religion, always had strange religious beliefs. Years earlier she had accused her second husband Joe Ryan of sexually molesting her children Colby and Tylee. During the ensuing family therapy sessions she’d alarmed a court-ordered therapist by talking about communing daily with the spirits of dead people and how Tylee was the reincarnation of her late sister Stacy.

Obviously, as things progressed and Lori and Chad began actively recruiting the 144,000 chosen ones to lead the second coming, their teachings were so off the Mormon charts that Chad was eventually excommunicated.

GI: Creating a gripping narrative is hard even when readers don’t know the ending, but in this case, the grim ending and the fate of Tylee and J.J. were things readers already knew. How do you approach writing a gripping story and setting the hooks in when the end is already known to your audience?

JG: The story I tell in The Doomsday Mother is so compelling that its gripping narrative came naturally. Although everybody now knows the tragic outcome, I was able to add fresh insight into the real story of what happened to cause so many unnecessary deaths.

GI: I read that you consider this one of the most terrifying cases you’ve looked at in your career; what makes it so?

JG: Yes, this is certainly the most terrifying true crime case I’ve ever written about. And that is because so many people became followers of Chad Daybell, through podcasts and his books. He and Lori led a frightening online cult whose legions of devotees believed every word of his prophesies about the end of the world.

GI: You had interviews, court documents, text messages, and a variety of other sources, but there were still some blank spots here and there. How did you approach the reconstruction of the entire story?

JG: I had access to court documents, police reports and interviews of many of the key players. And I approached everybody who had had anything to do with Lori and Chad for interviews, so I was able to fill in a lot of blank spots with brand new information.

GI: Was there anything or anyone that you wanted to have access to while doing the research that you couldn’t reach or never got?

JG: Of course I would have loved to have interviewed Lori and Chad, but obviously their lawyers would never allow it with their upcoming trials.

GI: Compared to other true crimes cases, the body count Vallow and Daybell left behind is relatively low, but the impact of their crimes and the cold indifference she repeatedly showed in front of others—and the cameras—make this story extremely chilling. We know she was a caring mother for many years. What do you think destroyed that part of her identity?

JG: I’m not a psychiatrist but I believe Lori is a textbook case of nature or nurture – but which one turned her into an evil monster we’ll never know.

GI: Everyone takes something different from a book they read. In my case, I read this not only as the definitive account of the Vallow case but also as a warning against what happens once people with extreme views go off the deep end. What do you hope readers take away from The Doomsday Mother?

JG: I hope readers learn to be more questioning about following charismatic leaders before they commit themselves to going down that dangerous road.

GI: As a journalist by training, I hate this question, but in your case, I’m dying to know: What are you working on now?

JG: I am presently working on a new book for St. Martin’s press about the Murdaugh Family Murders in South Carolina’s swampy Lowcountry. 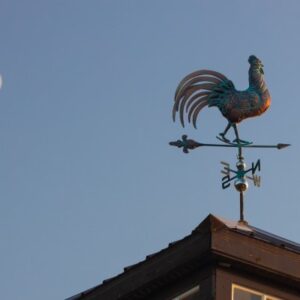 On a moonlit night, a pickup truck pulls off a dirt road in Vermont and backs up to a barn. The family isn’t home. Maybe...
© LitHub
Back to top