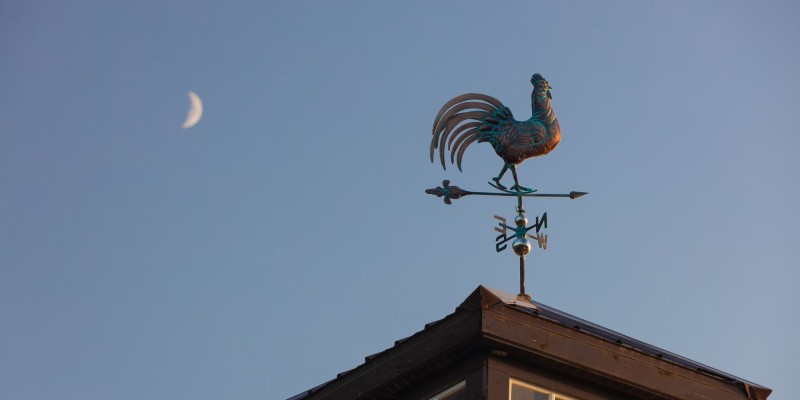 On a moonlit night, a pickup truck pulls off a dirt road in Vermont and backs up to a barn. The family isn’t home. Maybe they’re away on vacation or just in town at a school concert. Either way, the team of people in the truck know the family won’t be there. This theft has been planned and researched well ahead of time.

They jump out of the truck, strap on climbing gear, then scale the barn. They cross the ridgeline. Working fast, they free the galloping horse weathervane from the cupola, a perch it’s maintained for over a hundred and fifty years. Ropes are used to lower the weathervane to a man waiting on the ground. He unties it, then sends up a different weathervane, a cheap replica but perhaps close enough to the original that no one will notice for a day or maybe months… Once done, the team is gone, just another pickup on a back road, its windows and license plate splattered with mud like all the others. Nothing to see here, folks. Don’t pay any attention to us.

The scene above is fictional. But it’s based on thefts that have occurred in rural New England for many decades. New England was settled early. As such, the small towns and back roads are rife with buildings, cemeteries, and farmsteads dating back into the nineteenth and even the eighteen centuries. Items that were once purchased or commissioned as a sign of prosperity are now prized and high-value antiques.  In 2006 a molded copper Indian weathervane sold at Sotheby’s auction for a record $5.84 million. At a different auction, a horse and sulky (late 19th century) went for $23,750.

Small rural and family cemeteries are popular targets. Wrought iron gates and fences vanish, as do iron urns and even the marble monuments themselves. Like weathervanes, they are popular with decorators and collectors, high-value antiques, and often have minimal if any security. And it’s not just the most remote graveyards that fall victim to thieves. In 2017 historic gates—cast in 1862, featuring a willow tree, flowers, and lambs—were stolen from a cemetery within the town of Hiram, Maine. The family that lived across the street were home and didn’t hear or see anything. Their dog didn’t even bark. A nearby security camera on the town library failed to capture the theft, though it might have. Graveyard centered thefts like these are the sort of crimes that the funeral art loving main character in Sarah Stewart Taylor’s Sweeney St. George series finds herself tangled up in. Fiction sometimes is closer to reality than it might seem.

However, sometimes people stealing from cemeteries aren’t concerned with antique value. Gates stolen from a Plymouth, New Hampshire cemetery surfaced when they were brought to a salvage dealer as scrap iron. In another part of New Hampshire, a thousand-pound marble ball was taken from a cemetery. Stealing it involved a large truck with a hoist and outriggers for stabilization. Around the same time, eight carved granite blocks were removed from a graveyard in a neighboring town. It’s unlikely these items were sold to an antique or salvage dealer. More likely they went to a landscaper or directly to a homeowner. These stone pieces are still out there somewhere, likely in the garden of some thoughtless person.

Another item which remains missing is a large window made in 1894 by Louis Comfort Tiffany. It was removed from the back wall of St. Savior’s Episcopal Church in Bar Harbor, Maine almost forty years ago. No question, it was a carefully planned theft. Again, a rural New England location where the community had become wealthy enough by the late nineteenth century to display their prosperity with pieces of public art. The big difference here is—unlike a weathervane or rural cemetery item—the absence of a window in an active church is impossible to miss even for a short time. In this case, the theft was discovered only hours after the removal.

Yes, many rural New England churches and homes have better security than they did even a decade ago. Their doors don’t remain unlocked at all hours like they used to. Many farm owners have removed their historic weathervanes, sold them, and replaced them with reproductions. Better to do it yourself than to have someone else profit from your property. In many cases, cemeteries are harder to burglarize. Still, there are thousands of tiny graveyards scattered along the New England hillsides that are rarely visited by family and barely maintained. Recently, even the value of vintage custom weathervanes has risen to the point where they’ve become a target for theft.

Some of these stolen items surface at flea markets, online, or at auctions, sometimes locally, often in other parts of the country. This isn’t to say a majority of people in the antique and art trades are involved in crime. Much like the owner of Prescott’s Antiques & Auctions depicted in Jane Cleland’s Josie Prescott Antiques Mystery series, most dealers are careful about the provenance of the pieces they buy and sell. But there are always the less scrupulous who’d rather turn a blind eye and make a fast dollar.

Rural antique shops and homes are also often targeted by thieves. Even with the current availability of do-it-yourself security equipment, the systems in place in less populated areas often remain basic or nonexistent. In 2013 four people were arrested for stealing $200,000 worth of gold coins as well as antiques from an Alburgh Vermont home, left unoccupied after the death of its eccentric owner. The looting apparently went on for months. Author Archer Mayor includes a string of Vermont silver and jewelry thefts in Paradise City: A Joe Gunther Novel. In the novel, the loot moves on from Vermont to Massachusetts for the next stage in a twisty and multilayered scheme—a flow from rural to more populated area that mimics the route taken by a lot of stolen antiques, such as the Alburgh coins.

My series—Scandal Mountain Antiques Mysteries—focuses on similar crimes to those I’ve been discussing. In the first novel, The Art of the Decoy, a folk art collection that’s remained hidden for decades in a Vermont farmhouse is targeted for theft. Unfortunately, my main character’s background isn’t squeaky clean, and she soon ends up as a prime suspect.

At any rate, rural New England may not be as open of playing field for art and antique thieves as it once was, but there are still plenty of back roads, antique and art treasures to be found, and moonlit nights to hide the faces of the criminally inclined. 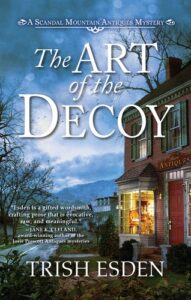 Trish Esden loves museums, gardens, wilderness, dogs and birds, in various order depending on the day. She lives in Northern Vermont where she deals antiques with her husband, a profession she's been involved with since her teens. Don't ask what her favorite type of antique is. She loves hunting down old bottles and rusty barn junk as much as she enjoys fine art and furnishings. 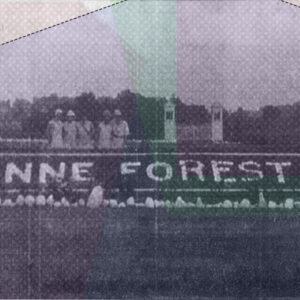 Back in 1998, when our children were still quite little, we took them on brief hikes in the lovely Dayton MetroParks. In...
© LitHub
Back to top