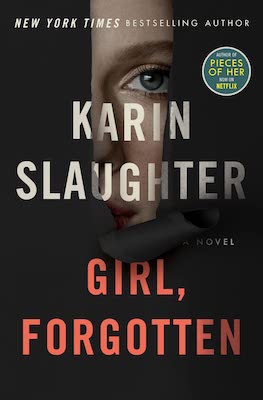 The following is an exclusive excerpt from Girl, Forgotten, by intenationally bestselling thriller writer Karin Slaughter. In the following passage, we encounter our heroine in a moment of personal crisis, and learn of her obsession with a cold case.

Jasper said, “Your father is up for parole again in six months.”

Something about his tone twisted Andrea’s stomach into a knot. The only reason she was able to sleep at night was because she knew that Nick was behind bars. “He’s had parole hearings before. He always gets turned down. Why do you think this time will be any different?”

“One could say that the general attitude toward domestic terrorism has taken a recent turn, especially among historically more conservative parole boards.” Jasper shook his head as if a United States senator had little control over the world. “In past years, I’ve been able to prevent his parole from being granted but, this time, he might actually have a shot.”

“Seriously?” Andrea didn’t bother to conceal her skepticism. “You oversee the Bureau of Prisons.”

“Exactly,” he confirmed. “It would be unseemly for me to be seen putting my thumb on the scale.”

Andrea’s throat had gone bone dry. She felt shaky with fear over the possibility of Nick getting out and angry that Jasper had contrived this ambush. “Excuse me, Senator, but we both know you’ve done some unseemly things before.”

“Fuck off with your comparisons.” Andrea leaned across the table. “Do you know what he did to us the last time? He’s a monster. People died. And that was while he was still in prison. Do you know what he’ll do when he gets out? He’ll come right for my mother. And me.”

“Excellent.” Jasper mimicked her shrug from before. “We all seem to have a vested interest in his continued incarceration.”

Andrea readjusted her approach, because being an icy bitch didn’t seem to be working. “What do you want from me?”

“On the contrary, I’m here to give you something.” He pulled his hand away from the folder. She saw there was a label but couldn’t read the words. “I’d like to help you, Andrea. And to help the family.”

She knew he meant Laura though, so far, he had yet to utter her mother’s name.

Jasper said, “You’ve asked for an assignment on the West Coast.”

She vehemently shook her head. The last thing she needed was to be in her uncle’s home state. “I’m not interested in—”

“Please hear me out.” He held up his hand. “I was wondering if you wouldn’t prefer somewhere closer, like the Baltimore office.”

Andrea was silenced by a sudden rush of anxiety.

“There’s a federal judge in the district who’s been receiving credible death threats. Someone mailed a dead rodent to her Baltimore home.” Jasper paused a beat. “You might have seen the story on the nightly news.”

Andrea hadn’t seen anything because no one her age watched the nightly news.

Jasper continued, “The judge is a Reagan appointee. One of the last few standing, in fact. There was quite a bit of pressure for her to retire during the previous administration, but she missed her window of opportunity.”

Andrea had never been interested in politics, but she knew the USMS was tasked with protecting federal judges.

“Her judicial appointment has a tragic backstory. The week before her confirmation hearing, her daughter disappeared. Concurrently, a body was found inside a Dumpster on the edge of town. The woman’s face was bashed in. Two vertebrae in her neck were fractured. They had to identify her using dental records. She was the judge’s daughter.”

Andrea felt the soles of her feet start to tingle, as if she was standing on the edge of a very tall building.

“Unbelievably, the girl survived the attack.” Jasper paused, as if the fact deserved reverence. “Though, survived is a relative term. Medically, she was in a vegetative state, but she was also pregnant. To the best of my knowledge, they never found out who the father was. They kept her body alive using life support for nearly two more months—until the baby could be safely delivered.”

Andrea bit down hard on her lip to keep her body from visibly shuddering.

“At the time, the girl’s plight was a cause célèbre. Her tragic circumstances arguably helped grease her mother’s confirmation. Reagan was the one who really pushed the anti-abortion stance onto the platform. Before that, no one on their side really cared. Bush had to turn his back on Planned Parenthood to get the VP slot.” Jasper seemed to pick up on her desire that he get to the point. “The judge and her husband raised the child. I say child, but she’s forty years old now. She has a daughter of her own. A teenager, in fact. I hear she’s quite a handful.”

Andrea asked the same question from before. “What are you doing here?”

“I think what you really want to know is, what does this have to do with my father?” His hand returned to the mysterious file.

“The federal courts are in summer recess. As is their usual, the judge and her husband have returned to their family estate, where they will stay for the next two months. The USMS has two teams working security, one night shift, one day, while the death threats are investigated by the special judicial inspector out of Baltimore HQ. The security assignment is no hardship, really. Think of it as babysitting. And Longbill Beach is a beautiful town. I gather you know where that is?”

Andrea had to clear her throat before she could answer. “Delaware.”

“Exactly right,” Jasper said. “In fact, Longbill Beach is the same town where your father grew up.”

Andrea put together the remaining pieces. “You think that forty years ago, Nick Harp killed the judge’s daughter.”

Jasper nodded. “Murder has no statute of limitations. A convic- tion would keep him in prison for the rest of his life.”

Andrea heard the words echo inside her brain—in prison for the rest of his life.

Jasper said, “He was rumored to be the father of her child. She confronted him in public the night that she disappeared. They argued in front of several witnesses. He physically and verbally threatened her. Then he left town shortly after her body was identified.”

Andrea felt her throat work. She wanted to hold onto the details but, in her mind, all she could think about was that Nick Harp had fathered another child.

And then he had abandoned her.

“See for yourself.” Jasper finally released the folder, sliding it in her direction.

Andrea let the closed file sit between them. She could read the label now:

Her eyes blurred on the young girl’s name. Andrea’s mind was still reeling. She tried to focus her attention—murder, no statute of limitations, Nick behind bars for the rest of his life—but what she kept coming back to was a single question: Was this somehow a trap? She couldn’t trust Jasper. She had learned the hard way that she couldn’t really trust anyone.

A forty-year-old half-sister who’d grown up in a beach town just like Andrea had. Another child who would never solve the puzzle of her mother. A sadistic father who’d destroyed their lives, then moved on to his next victim.

Andrea’s trembling hand reached for the file. The cover felt thick between her fingers. The first page showed a photograph of a pretty young blonde who smiled openly at the camera. Her tight perm and blue eyeshadow placed her firmly in the early eighties. Andrea turned to the next page. Then the next. She recognized the police report by its layout. Date, time, location, street map, crime scene drawing, possible murder weapon, witnesses, injuries on the body of an innocent seventeen-year-old girl.

Sweat made Andrea’s fingers moist as she continued to flip through the pages. She located the investigating officer’s notes. Computers were rare in 1982. Apparently, so were typewriters. The scribble was almost illegible, photocopied so many times that the letters looked furred.

Andrea knew she would not find the name Nicholas Harp anywhere in the file. That was the pseudonym that her father had been using when he’d first met her mother. He’d abandoned his true identity back in the spring of 1982, when he’d left Longbill Beach for good. The people there would know him by his real name. She found it on the last page, circled, underlined twice.

The Gothic Horror of a Post-Roe America 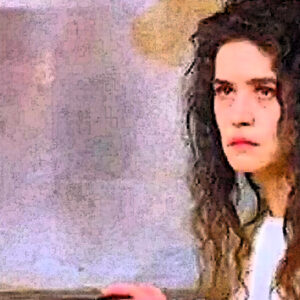 The Gothic Horror of a Post-Roe America A decayed and graying landscape. Oppressive, miserable weather. Women who are in constant peril, and the men who put them...
© LitHub
Back to top