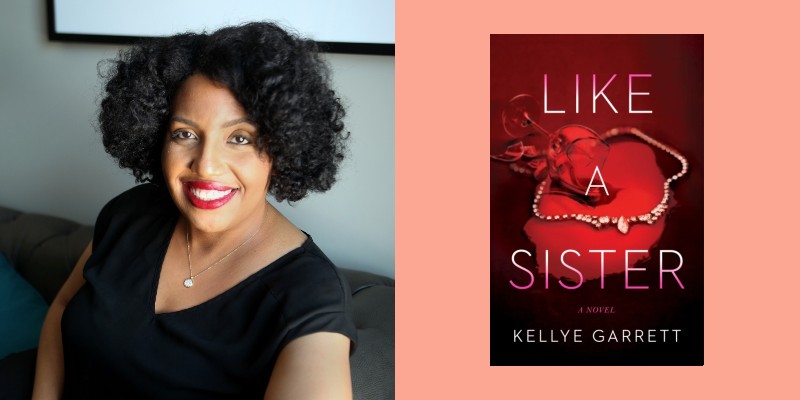 Kellye Garrett discusses Like a Sister, her upcoming novel, and offers an exclusive reveal of the cover.

Kellye Garrett is the acclaimed author of Hollywood Homicide, which won the Agatha, Anthony, Lefty and Independent Publisher “IPPY” awards for best first novel and was named one of BookBub’s Top 100 Crime Novels of All Time, as well as Hollywood Ending, which was featured on the Today show’s Best Summer Reads of 2019 and was nominated for both Anthony and Lefty awards. Prior to writing novels, Kellye spent eight years working in Hollywood, including a stint writing for Cold Case. She currently serves on the Board of Directors for Sisters in Crime and is a co-founder of Crime Writers of Color.

Her new novel, Like a Sister, will be released by Mulholland Books early next year. Today we have the exclusive cover reveal: 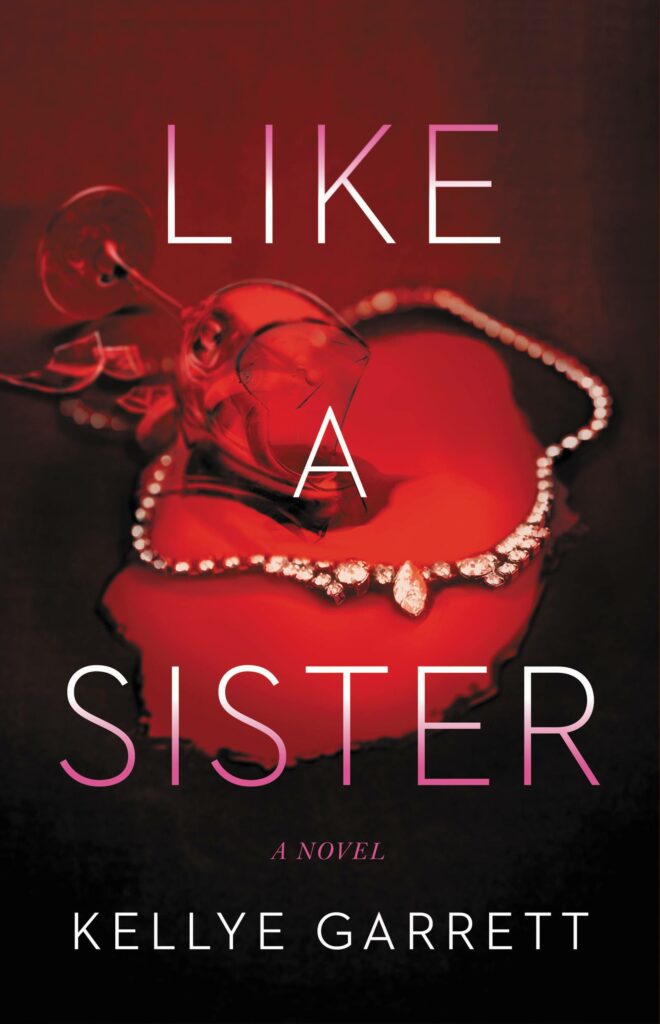 Like a Sister is a twisty, voice-driven thriller for fans of Megan Miranda and Jessica Knoll, in which no one bats an eye when a Black reality TV star is found dead in the Bronx—except her estranged half-sister, whose refusal to believe the official story leads her on a dangerous search for the truth. Just in time to reveal the book’s cover, Garrett spoke with author Alex Segura about this new phase in her writing career.

Alex Segura: Kellye, this book is a bit of a departure for you, following up your Detective By Day series—can you talk a bit about that? What moved you to write Like a Sister? What’s the backstory of this novel? I know it’s based, very loosely, on a real crime, right?

Kellye Garrett: First, hi Alex! Thank you so much for chatting with me. I’m really excited for your book, Secret Identity, coming out in March next year too.

I was working on book three of my series when my publisher abruptly closed, leaving the series on pause. I knew I didn’t want to write another series but wasn’t sure what to write. It all came together when I saw a newspaper headline about a black reality star who unfortunately was found dead in the Bronx of an overdose. My first thought was: “How did a glamorous reality star go from living it up in downtown Manhattan to dying in the Bronx?”

So that’s where the story came from. So it’s based more on a headline than a crime. With this story, I wanted to dive into the Strong Black Woman myth, Instagram influencer culture, and oh-so-complicated Daddy/Daughter dynamics.

AS: The book really honors the suspense genre, but also feels wholly modern. What novels do you look to as inspirations for Like a Sister, and what tropes did you want to flip/tweak?

KG: A lot of the suspense genre right now centers on married white women in the suburbs dealing with complicated family relationships with their husbands and others. And as much as I enjoy those books, they are the farthest thing from my everyday life. I’m single. I don’t have kids. I live in a city. And there are books out there with those types of women (Jessica Knoll, Megan Miranda, Lori Rader-Day and Andrea Bartz immediately come to mind). But not with those types of black women—or black women really at all if we’re being honest.

So I wanted to write a suspense novel with a single black woman who lives in a city, but had the genre hallmarks of still being fun, character driven, and twisty. Lori described it as “domestic suspense for the Instagram gen” and I feel like that describes the book so perfectly.

AS: What can you tell us about the protagonist? I love how family complications take center stage in the book and really drive the narrative. I love messy books, too, and this one is messy in terms of personal dynamics. Was that something you intentionally wanted to explore?

KG: Lena is in her late 20s, sarcastic, and just sick of people underestimating her because she’s black and a woman. She’s got Daddy issues to the Nth degree, spends way too much time Instagram stalking, and can be super petty. But she’s also very into her family and determined AF to figure out what happened to her baby sister. She’s driven by guilt since she feels like she wasn’t there for her sister when she needed her to be.

I definitely intentionally wanted to explore Lena’s complicated relationship with her dad, who is this hip-hop mogul who she feels also left her when he left her mom. Now that she’s grown—and feels like she doesn’t need him anymore—he’s finally made an effort to come back in her life and she doesn’t know how to feel about that.

AS: Crime fiction continues to evolve—to be more inclusive and welcoming, but as we both know, it has a long way to go. You’ve been an important and outspoken part of the shift. I’m personally glad we can pivot from that to enjoying and celebrating a new Kellye Garrett book—how did publishing as a whole play a part in this novel? Did you feel any pressure to tell this story a certain way?

KG: Last summer was interesting from a publishing perspective because suddenly there was this huge push in publishing for black stories and they were paying for these stories to boot. But it was very bittersweet when you knew why there was this push. I love what Yasmin A. McClinton said here in CrimeReads: “The work that needs to be done is that offers to highlight writers of color isn’t just …reaction to some trauma that the culture has just gone through.”

One of the reasons I was so keen to work with Mulholland is because they have such an amazing track record of publishing diverse voices like Walter Mosley, Attica Locke, Joe Ide, and others. It was important for me to be with a publisher who didn’t view me as a trend because I’m always going to be writing about black women.

I think a lot of POC understand when I say this but when we write a book, we don’t have the luxury of writing just for us. Unfortunately, our portrayal might impact how someone from another culture views the next black person they see. And the success—or lack thereof—of our book will impact the next writer of color trying to get published. It was also important for me to tell a story that didn’t center on race because I think stories that show marginalized characters doing the same things that our straight, cis, white counterparts do are just as important.

AS: Tease one of your favorite moments in the book, and tell us a little bit about why you love it.

KG: I explore so many different worlds in this book, but my favorite sequence is when Lena drives to Pennsylvania in search of someone she thinks can help her figure out what happened to her sister and realizes she’s “Not in Kansas anymore” so to speak.

I have this whole spiel about how she can tell how many black people live in a town by how big the black section of the hair care aisle is and this is “an eighth-of-an-aisle hair-product area, stuck in the back of Rite Aid like it was the back of the bus” place. It also has my favorite reveal in the whole book!

AS: Can you talk about your writing process? I know you have a Hollywood background and your approach to plot is so character-driven but also procedural. How was writing Like a Sister different for you, and what do you think people will get from reading it?

KG: After spending more than half a decade with one character because of my series, it was strange to create someone completely different. I found myself falling into things I would do for my Detective by Day books, which were intended to be almost slapstick funny at times. I’d have to say to myself, “No, that’s how Dayna would react to this. You need to figure out how Lena would react.”

I’m also a very naturally sarcastic person even when I try not to be. I remember a friend telling me that she was laughing out loud while reading parts of this book on the subway and I was like “Oh no, this is supposed to be serious.” But then I leaned into it. Though it’s not the same light weight tone of my series, there are definitely lighter moments and moments that hopefully will make people smile. 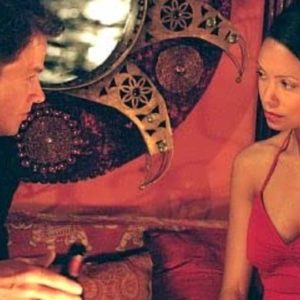 Let me just get this out of the way up front. The Truth About Charlie, the 2002 remake of Charade that you probably don't...
© LitHub
Back to top