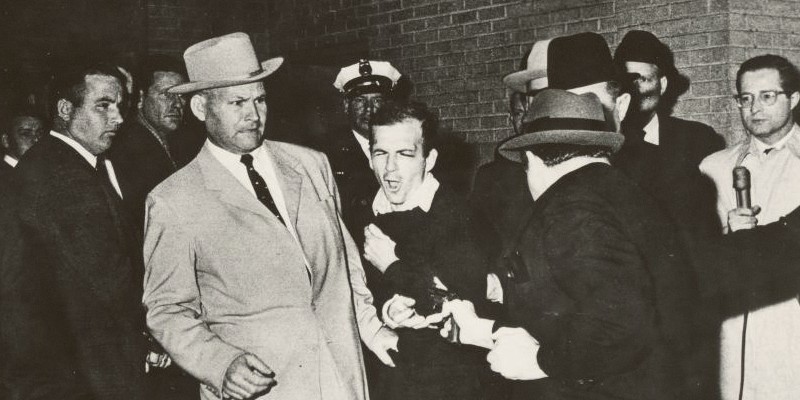 Conspiracy theories focus on Ruby and the supposed cover-up. But his Texas trial has mostly been lost to history.

Delving into any aspect of the November 1963 assassination of President John F. Kennedy is an ambitious and even perilous endeavor. So much has been said and studied: thousands of pages of scientific evidence, hundreds of witness accounts including some that have evolved over fifty-plus years, numerous government investigations and literally thousands of books. It has long been difficult for so many to believe that Lee Harvey Oswald, who had previously defected to Russia, killed Kennedy acting alone and that less than two days later, Jack Ruby, with his loose ties to the Dallas underworld, also acting alone, so easily killed Oswald. Dozens of conspiracy theories about who “really” assassinated JFK have abounded and become a booming and seemingly limitless business. After all, an angry and broadly anti-government Oswald pulling off the assassination of the century isn’t nearly as intriguing as the Mafia, CIA, FBI, Fidel Castro, the Russians, or even Lyndon Johnson leading the effort. 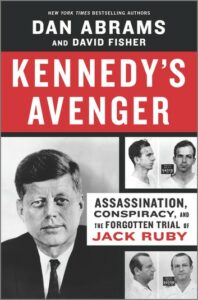 In almost every single Gallup poll taken in the decades since Kennedy’s death, a majority of Americans, across all demographic and political lines, were convinced that Oswald was part of a broader conspiracy to kill the president. Of course, if Oswald was part of any orchestrated plan to kill Kennedy, it also significantly increases the probability that Jack Ruby was involved in the assassination, as well.

The intrigue has been exacerbated by the fact that some significant information connected to the case still remains under seal. In 2017, as required by a law passed twenty-five years earlier, more documents and information were finally released. But like everything Kennedy assassination related, the new material presented as many questions as answers. For the first time the public saw a memo apparently dictated by then FBI director J. Edgar Hoover the night of Oswald’s death: “The thing I am concerned about…is having something issued so we can convince the public that Oswald is the real assassin.”

But was that an effort to convince the public that there was not a “scintilla of evidence” of a conspiracy as Hoover claimed publicly, or something more sinister? We also learned that some-one called a news service in Cambridge, England, twenty-five minutes prior to the Kennedy assassination, urging a reporter to call the American Embassy in London “for some big news and then hung up.”

In that same memo, Hoover mentioned a specific threat to Oswald’s life: “Last night we received a call in our Dallas office from a man talking in a calm voice and saying he was a member of a committee organized to kill Oswald,” Hoover wrote. “We at once notified the chief of police and he assured us Oswald would be given sufficient protection. This morning we called the chief of police again warning of the possibility of some effort against Oswald and again he assured us adequate protection would be given. However, this was not done… Oswald having been killed today after our warnings to the Dallas Police Department was inexcusable.”

About Jack Ruby, who had been arrested instantly for killing Oswald, Hoover said, “We have no information on Ruby that is firm, although there are some rumors of underworld activity in Chicago.”

For many, understanding Jack Ruby, his background, travel and associates, became the key to blowing open the conspiracy. For example, one author and former high-ranking official in the administration of Richard Nixon has said that in 1982 Nixon recalled hiring Ruby as an informant for the House Un-American Activities Committee when Nixon was a member of Congress. The official, who believes Lyndon Johnson was the architect of the assassination, claimed Nixon said he hired Ruby at the behest of LBJ, one of “Johnson’s boys.” A document presumably from a congressional staffer in 1947 even sought to prevent Jack Rubenstein (Ruby’s given name was Rubenstein) from having to testify in front of the committee in public. “It is my sworn statement that one Jack Rubenstein of Chicago noted as a potential witness for hearings of the House Committee on Un-American Activities is performing information functions for the staff of Cong. Richard M. Nixon, Rep. Of California. It is requested Rubenstein not be called for open testimony in those aforementioned hearings.”

Putting aside the paucity of support for any theory that Johnson was somehow involved, some dispute the authenticity of the document; others more persuasively argue that the Jack Rubenstein referred to in the document was a prominent young communist of the same name who later became a labor union official. But perhaps most importantly, the source of the supposed Johnson connection came from a former Nixon official named Roger Stone, who was convicted, and then pardoned by former President Donald Trump of a host of crimes including lying to Congress. But this sort of conspiracy rabbit hole is familiar terrain for many Kennedy assassination buffs.

Even those with mundane intentions can get caught up in the desire to find that tantalizing Ruby connection that could break open the case. There would be no more certain way to do so than by offering proof of a connection between Oswald and Ruby who according to every official account did not know one another. Texas Judge Brandon Birmingham, an expert on the Ruby trial, had access to many of the original documents and pieces of evidence in that trial, which were stored at the Dallas courthouse. He described digging through the files as part of an effort to find and preserve evidence for a local museum. There, he made a startling finding: “One day, I found a transcript of a tape-recorded conversation between Lee Harvey Oswald and Jack Ruby from days before the assassination. I nearly had a heart attack.”

If this transcript was authenticated, it would have proved that these two critical figures who supposedly had each acted alone and did not know one another, were actually part of a larger conspiracy to kill the president. “For about 30 minutes, I thought I’d uncovered a single piece of evidence that would have rewritten the history books.”

It certainly would have done just that. Alas, it was not meant to be. He “realized it was a part of a movie script written in the ’70s. In my defense, it did look like an official transcript, numbered margins and all.”

In retrospect, it is fair to say that the official and often under-appreciated 888-page Warren Commission report, which ruled out any possible conspiracies, missed some details and got certain facts wrong. The FBI and CIA were partially responsible since both had Oswald on their radar—even though not as a threat to the president—and sought to minimize that fact. But did the report whiff on the ultimate question of whether Oswald and then Ruby acted alone?

That question certainly was in our minds when we decided to further examine one of the most interesting and often over-looked trials of modern American history. A forgotten trial somehow few have focused on despite the fact that it served as the genesis or launching pad for many of the conspiracy theories. Sometimes in the form of testimony, and many other times with questions left unanswered. And while the trial wasn’t about a possible conspiracy, the issue was forever lurking within the halls of the courthouse and the courtroom itself. Both sides sought to use the possibility of there being “more to the story” for strategic advantage.

It has even been alleged that the defense team was involved in the conspiracy, that Ruby’s lead attorney, Melvin Belli, then considered the nation’s greatest legal showman, was part of an effort to ensure that Ruby was actually convicted. Neither David Fisher nor I take that seriously, but we did differ on the strategy employed by the defense. This was not an easy case, but I believe Belli did Ruby a disservice with the defense he chose and yet David felt Belli generally made a compelling case. So keep an eye out for the subtleties in our agreed upon characterizations of the defense and decide for yourself.

This is our fourth book together, where we have tried to tell the story of an overlooked trial while tracking the evolution of the American legal system, from the Boston Massacre trial, to defense attorney Abraham Lincoln and defendant Theodore Roosevelt, to The State of Texas v. Jack Rubenstein. By the time this trial took place in 1964, the once streamlined trial system had expanded to include a great variety of different legal paths, from pretrial hearings through appeals. More than just stories about trials with great repercussions, these books have been an exploration of the American legal system, in all its glories and complexities.

In the end, when examining this trial and Jack Ruby’s role, re-member that fate played a role. If Oswald had not paused to put on a black sweater over his shirt before being transported that fateful day, or if Ruby had not agreed to wire $25 to a woman who worked in his club, history would have been changed forever.

“That’s the prisoner, wearing the light sweater; he’s changed from his T-shirt. Being moved out toward an armored car. (Pause) Being led out by Captain Fritz.

“There’s the prisoner. (Shouting:) Do you have anything to say in defense?”

“There’s a shot! Oswald has been shot! Oswald has been shot! (Pause) A shot rang out…mass confusion here. (Pause. Background clamor.) All the doors have been locked. Holy mackerel. A shot rang out as he was… A shot… There’s mass confusion here…rolling…fighting… As he was being led out, no, he is being led back… Looks like he was thrown to the ground. The police have the entire area blocked off. (Yelling:) Everybody stay back. Everybody stay back is the yell.”

To an unidentified man: “Did you see it?”

“Yes, I did.” (Indistinguishable)

“(Repeating:) The dark stocky man with the hat on…put the gun right in his belly. One of the wildest scenes I have ever seen… The man rushed up and jammed the gun right into Oswald’s stomach and fired one shot. Oswald was carried back in the hallway…”

Dan Abrams is the co-author with David Fisher of the New York Times bestsellers John Adams under Fire and Theodore Roosevelt for the Defense, among other books. He has written for the New York Times, Wall Street Journal, Newsweek, and the Yale Law and Policy Review, among many others.A graduate of Columbia University Law School, he is the chief legal affairs correspondent for ABC News as well as the host of top-rated Live PD on A&E Network and The Dan Abrams Show: Where Politics Meets the Law on SiriusXM. He is CEO and founder of Abrams Media, which includes the Law & Crime network. David Fisher is the author of more than twenty New York Times bestsellers. His work has also appeared in most major magazines and many newspapers. He lives in New York with his wife and two sons. 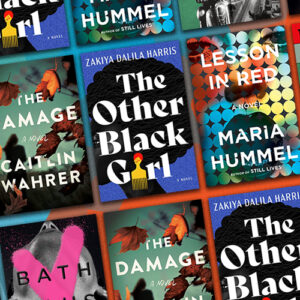 Each month the CrimeReads editors make their selections for the best upcoming fiction in crime, mystery, and thrillers. * Chris...
© LitHub
Back to top