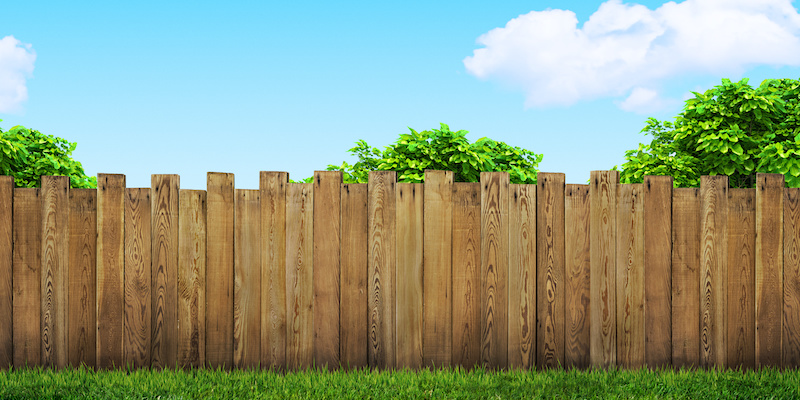 I’ve done Durst, I’ve done the Menendez bros, I’ve done BTK and the Golden State killer. I’ve covered Bundy (duh), Cunanan, the Dating Game Killer, and even the lesser-known John Edward Robinson, who killed at least three people, but as an Eagle Scout in 1957, sang for Queen Elizabeth. As the Senior Writer for ABC’s iconic 20/20 for over a decade, I’ve become an expert on murder. And we haven’t just done the big names: if a husband or wife did it, we’ve “done it” too. With our audience-driven mission of covering true crime, we’ve pretty much done them all. But until writing my novel Rules for Being Dead, I had never written about the mysterious death of my mother—quite possibly at the hands of my father. My first true crime.

The pitch would have gone like so many I’ve heard over the years: a mother of three is found dead, after threatening to leave her husband, who she discovered was having an affair. But before she can pack her bags, she dies. Suspiciously. The husband refuses to have an autopsy performed. Six months later, he marries his mistress. His grown children start asking questions. I was eight years old when my mother died, so I had to wait awhile to start asking mine.

I never set out to be a journalist or a true crime writer, but given the central mystery of my childhood, perhaps it was inevitable. When my father took my twin brother and me into our backyard—by-passing all the mourners who were already gathering inside our house—he told us our mother had “gone.” I asked “Where?” The start of my journalism career. Years later, I realized the question should have been “HOW?” It’s the question I’d spend the next thirty years asking.

For the last three years of 20/20, we’ve programmed almost exclusively true crime. (Within that vast world, our research department tells us the top “favorites” are serial killers and cult leaders; Ted Bundy and Jim Jones “rate well.”) Every Friday night, we have two hours of TV real estate, which means we need a lot of story, a lot of twists and turns to keep viewers hooked. (You’d be surprised by how boring and straight-forward a lot of murders really are.) Before we greenlight a project, we literally graph it, to see if there are enough hooks and high points to carry us over ten acts. Each act needs a “bump” or a “tease” at the end, a shocker that’s resolved on the other side of the commercial.

In writing Rules for Being Dead, I thought about my own “act breaks” and “bumps.” With me playing boy detective, did the story of my mother’s death have enough? A few months before she died, I found her trying to kill herself, with a plastic bag belted around her head. That’s an act break for sure. (That’s an entire act.) I watched her attack my father with a cast-iron skillet, claiming the “Great Apostle Paul” told her to do it. (Another act break.) I heard my father arguing with my aunt about why he didn’t want my mother’s body “cut up” for an autopsy, and that same aunt telling me it’s because he’s the one who killed her. (Big act break!) I heard the whispers that she really killed herself; she just didn’t leave a note. (Small, sad act break.)

That’s the other thing that would have made my childhood story a great 20/20: a competing narrative. Did my father really kill her so he could be with his new girlfriend, which a lot of evidence pointed to, or did she die by suicide, which another set of evidence pointed to? Either option was terrible. How could I find out the truth, after so many decades had elapsed. There was no one left to ask; most of the “characters” were gone. (That’s what we call the real people in our 20/20 stories: “characters.” When we say someone is a “bad character, we don’t mean they’re a bad person, we mean they don’t pop on camera. They don’t deliver good soundbites. They’re flat. But doing so much true crime, they may very well be a “bad character.”)

When I started out as a writer for Good Morning America and became the “human interest” guy, and later at 20/20, I was surprised at how many people came on TV to re-live their greatest tragedy: the death of a loved one. Why would they be willing to expose all that pain, to do it live on air? (And not just once but twice. As a writer, I’d do a “pre-interview” with the guest to ask questions and prep them; then they’d have to answer the same questions again the next day on air. I’d even write a script for the director, indicating where they might start crying.) I used to judge all those people who came on shows like 20/20 and told their stories as desperate and “other”—until I realized I could have been one of them. I was one of them. I had to ask myself the same question: why did I want to write this book and expose so many family secrets, even if I approached them in a fictional way?

One of the epigraphs in the book is a quote from George Bernard Shaw: “If you cannot get rid of the family skeleton, you may as well make it dance.” I think that’s my answer: I wanted to make my mother dance again. I wanted to bring her back to life, and ask her all the questions I never had a chance to. Sort of journalist to the dead. I wanted to really listen to her answers, and allow her to tell me how she died. By the end of my writing, I think she did—and it was unlike anything I had imagined.

For as many deaths as we’ve investigated on 20/20, we never show the actual “moment of death” on air. Our standards department forbids it; human decency forbids it. With all the police cam and cell phone videos we use, we always stop short of the actual point of impact. (Even with the heart-wrenching “Falling Man” video from 9/11, we had to segment it into a series of still frames, one after another, as if we could pause death.) That’s the journalistic rule I took for my own Rules for Being Dead: I segmented my childhood memories into a series of still frames, which when put together jigsaw puzzle-like, would finally give me the complete picture of how my mother died. 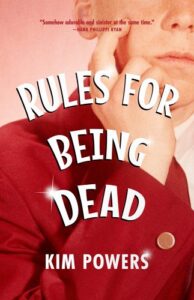 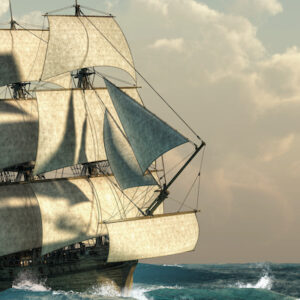 In Paris, the year 1719 was characterized by what a prominent aristocrat who lived through it all described as “delirium,”...
© LitHub
Back to top