The following is an exclusive excerpt from Lies, a debut thriller from T.M. Logan. In the following passage, a man realizes his wife is keeping secrets - and that she may be in danger - when he sees her arguing with her best friend’s husband.

The hotel lobby had dark shiny floors and anonymous décor, a single waistcoated teenager on reception. William’s hot little hand gripped mine tightly as we stood looking for Mel. There was a rumpled man with a suit bag and briefcase, wearily checking out a woman and a teenage girl behind him. An elderly Japanese couple sat in the reception area, poring over a map. But no sign of my wife.

Reception was L-shaped, with elevators and the restaurant signposted around the corner. We followed the signs, away from reception. The restaurant was mostly empty. Recessed off to the left were the elevators and a raised seating area with large black armchairs facing each other across a handful of low tables.

Mel was there. She had her back to us but I would have recognized her anywhere, the slender curve of her neck, honey-blond hair.

She was with someone. A man, talking in animated fashion. Something made me stop. I knew the guy she was talking to.

Ben Delaney, married to one of Mel’s closest friends. And he wasn’t just animated—he was downright angry, his face dark with frustration. He interrupted her, pointing his finger, his voice a barely controlled growl. Mel leaned forward and put a hand on his arm. He sat back, shaking his head.

Something was wrong with this situation.

Instinctively, I moved in front of William to block his view. My first thought was to go over and check Mel was OK, but not with our son in tow. Mel was gesturing with her hands now, Ben staring at her, frowning, shaking his head.

This is not something William should see.

We got the elevator back down to the car park level and returned to my car. Mel’s number was at the top of the favorites list on my cell phone. It went straight to voice mail.

‘Hi, you’ve reached Mel’s cell phone, please do leave a message and I promise I’ll get back to you as soon as poss.’ Beep.

I hung up, redialed. Voice mail again. This time I left a message.

There wasn’t a plan. I wasn’t going to do anything, just sit there and wait. Surprise my wife.

I sat five minutes more, starting to feel slightly foolish. I was supposed to be at home by now, running my son’s bath. Drinking a nice glass of red. Thinking about making a start on tonight’s marking. But instead I was here, in an underground car park just off the North Circular, trying to work out what the hell was going on upstairs. I wanted to check on her, but didn’t want to leave William. My suit shirt felt grimy and claustrophobic, a bead of sweat tracing a path down my ribcage.

So what’s the plan, Stan? What if Mel isn’t OK? What’s up with Ben? How long are you going to sit here with one bar of cell phone reception, waiting and wondering?

There wasn’t a plan. I wasn’t going to do anything, just sit there and wait. Surprise my wife.

I didn’t have a plan. It just happened.

Mel’s cell phone went straight to voicemail again. I buzzed the window down and rested my elbow on the sill, absently turning the black leather bracelet on my right wrist as the radio presenter chattered on. Mel had given me the bracelet as an anniversary present: leather for three years. Now a big one was approaching—ten years—and there were already a few ideas on my list for that one. Ten was supposed to be tin but someone had said you could substitute diamond jewelry for tin. That was good. My plan had always been to give her a bigger diamond than I could afford as an early-career teacher when we first got—

We’ll see. Parents’ code for I won’t mention it again, wait for you to forget.

I smiled at my son in the rear-view mirror as he played on the iPad. My son, the image of his mother. He was going to be a heartbreaker when he was older, that was for sure. His mother’s face, her coloring, her big brown eyes.

And then there she was across the car park, walking quickly to her car: my pretty wife, dressed for tennis in her pink Adidas hoodie, blond ponytail tied up high.

And then there she was across the car park, walking quickly to her car: my pretty wife, dressed for tennis in her pink Adidas hoodie, blond ponytail tied up high.

She had her head down, a frown on her face.

I was suddenly glad we’d made this detour.

‘William, I’m just going to talk to someone for a minute, OK? You stay here like a good boy and I’ll be right back.’ He looked up at me with those big brown eyes. ‘Is it Mummy?’

‘You stay here just for a minute and don’t get out, OK? Then after a minute you can see Mummy.’

Cell phone still in my hand, I got out and locked the car with the remote. The underground air was flat and sour in my nostrils.

Mel’s VW was reversing out fast. Two lines of parked cars between me and her.

The VW pulled off sharply, Mel pulling her seatbelt across her chest with one hand as she accelerated hard towards the exit ramp. She hadn’t seen me. Threading my way between the parked cars I almost tripped on a low concrete divider between the rows, stumbled, shouted again, my voice flat against the low concrete ceiling.

Her car disappeared up the exit ramp and then she was gone, out into the Thursday night traffic. 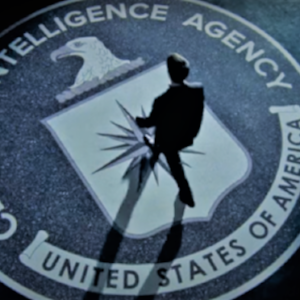 CrimeReads Brief: Week of September 23, 2018 How will murders be solved on Mars? A forensic scientist weighs in on blood spatter, body decomposition, and investigative...
© LitHub
Back to top