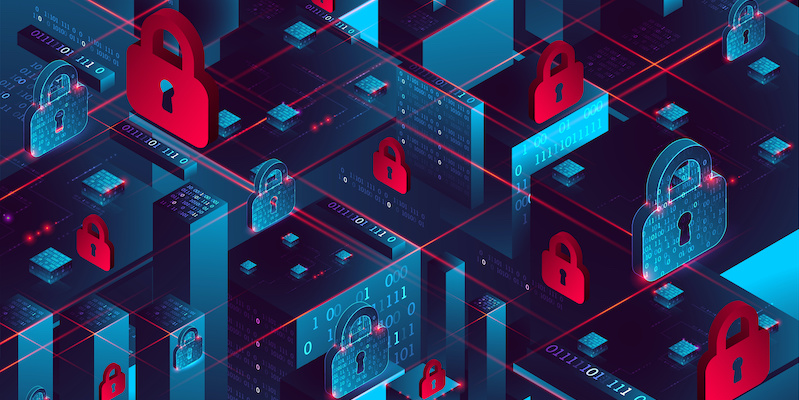 How changing technology motivated a former naval intelligence officer to revisit his dreams of writing fiction.

I suspect that every author has some novel in their memory banks that initially called them to the pen. For me, that book is James Michener’s Pulitzer Prize winning Tales of the South Pacific. Set against the American naval campaign of World War II, its sequentially plotted short stories bring all of humanity’s grace, failings, and foibles to life in a way that only literature can. The book’s narrator, a naval intelligence officer on an admiral’s staff sent to fix one problem after another, illustrates the way personality quirks of minor actors can have an outsize influence on major events.

From tough-talking Marines laid low by heartache to nonagenarian Norfolk Islanders hellbent on saving a stand of old pines, these minor characters throw the historic sweep of American naval operations off kilter. The bright tropical sun only deepens the war’s shadowing darkness, bringing human idiosyncrasies into sharper relief. As an aspiring writer in tender adolescence, that’s the essential literary truth I’d found in Michener’s book: that consequential global events can raise the stakes, but it’s the clash of personalities that capture the reader’s imagination. I started my decades long dream of writing just such stories, looking for that same sort of truth.

Years later—my romantic writing dream still aflame—like Michener’s narrator, I too became a naval intelligence officer. And by some quirk of fate, I’d suddenly found myself working side by side with pilots, submariners, commandos, Marines, and—of course—professionals from other intelligence agencies. Eventually serving on a senior admiral’s staff, I was often assigned chaperone duty, liaising with foreign military officers who were there to observe us in some exotic port in or near, believe it or not, the South Pacific. On top of this glittering feast of writers’ material, I’d even been asked to script exercises complete with all the simulated message traffic to initiate the actions of the fleet.

For a young, starry-eyed would-be novelist, I felt I’d struck gold! Coupled with an insider’s knowledge of operations and personal experience in countless foreign locales, I secretly outlined plot after plot on the tiny folding stateroom desk in whichever ship I’d then been embarked. Steeped in the techno-military thrillers then in vogue, I believed I had all the insights necessary to write a compelling novel. I churned out page after page. I tried earnestly.

Alas, in all that excitement, I had forgotten that first undeniable truth from Michener’s book, the very one that had inspired me to write in the first place. I had the operations down, the weapons, the tactics, the devious foreign intrigues—but I’d forgotten the importance of idiosyncratic character development against that backdrop. The plot was moving the people instead of the people moving the plot. Of course, being about thirty years old, I was way too full of myself to realize any of this at the time.

And then the writing dream was put on hold. Marriage, children, business career, you know the stuff. The pursuit of filthy lucre and its inevitable obligations had ensnared me. Twenty years flew by in a blink. My adolescent novelist dream slumbered. A part of me was even happy to see it fade since I had other things on my mind. But then a few years ago, a funny thing happened. The dream reawakened.

Like Rip Van Winkle cracking a wary eyelid, the dream now rose to find a dramatically different world. Technology had changed everything. It had changed the way people interact, the way they spent their time, the speed with which they make decisions. It had changed how they entertain themselves, how they shop, how they fall in love. Everything!

And it had changed me, too. I had become an executive with Amazon. Yes, that Amazon. No longer face to face with military and intelligence officers, I now squared off against fellow executives of the content distribution industry, trying to get the concept of streaming media off the ground. My job was to bust open new streaming markets in Asia, Latin America, and Europe.

It was the kind of thing I’d been doing for years at that point in my career—meeting with managers at foreign firms in far-flung emerging economies, convincing them to transact.  And while the product might vary over those decades, the basic mission had always been the same—learn the lay of the land, report up to the brass, figure out what needed doing.  In short, figure out what these faraway people in distant economies were thinking.

And the amazing thing is that in doing that year after year, I’d found that these faraway people were all pretty much thinking about the same things.  Sure, they might have commercial considerations about whatever business proposal I’d made.  Yes, evolving technology was changing corporate strategy in real time.  But none of that mattered.  When it came to what they were truly thinking, it was always the same.

It would be later, during the inescapable business dinners, that I’d learn what was really on their minds.  That’s where I’d learn that they were mostly worried about their own promotion prospects, or conniving coworker, or son going sideways, or ailing parent, or secret wish to chuck it all and become a fishing guide on the River Kwai.  Whatever.   The point is that I’d learned that no matter the high-falutin environs or chasms between cultures, people around the world tend to be driven by the exact same set of things.  And here’s the kicker: those things aren’t really about their actual jobs.

It was a thought that sprouted freshly into my head on every return flight over the Pacific Ocean.  And eventually, staring out jetliner windows into the abyss on plane after plane, the commonality of those human concerns rekindled the long dormant dream of writing those thrillers.  Why?  I don’t really know.

But there, shoehorned into a seat forty thousand feet above the sea, I mentally returned to the old plots, many of which had been developed on that navy blue water way down there by a much younger me.  And upon those old geopolitical plots I applied an entirely new cast of heroes and villains.  Sure, they were all still doing their damnedest to accomplish their missions, but now they were also secretly guided by those common veins of thought.

They were the executives I’d met in my modern business world.  Only now, I was haphazardly throwing these businesspeople into the world I’d known earlier—the world of intelligence operations.  Suddenly these fictional actors became real to me.  Instead of being managers who guided Asian broadcasters, for example, I’d turned them into foreign intelligence operatives, dealing in the high geopolitical stakes that few of us will ever know—but hobbled by personal distractions all the same.  Whether heroes or villains, the stakes, I realized, would put them into action.  But it would be their pedestrian motivations that would determine their reactions.

Voila!  It had only taken me twenty years of accrued life experience to apply Michener’s old original truth. But there it was.

And, finally, if you’ll permit me this one last indulgence, I’d posit that I’d discovered one additional truth of my own:  sometimes that impulse you had as a teenager turns out to have been right. 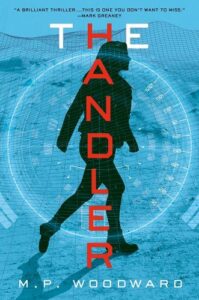 M. P. Woodward is a veteran of both US intelligence ops and the entertainment industry. As a naval intelligence officer with the US Pacific Command, he scripted scenario moves and countermoves for US war game exercises in the Middle East. In multiple deployments to the Persian Gulf and Far East, he worked alongside US Special Forces, CIA, and NSA. Today, Woodward runs international distribution marketing for Amazon Prime Video, having launched Amazon's original video content in more than forty countries through more than one hundred cable, wireless, and broadband partnerships. He collaborates closely with content creators and distributors in driving viewer awareness and engagement. He is currently developing the international distribution strategy for the upcoming serial adaptation of The Lord of The Rings. 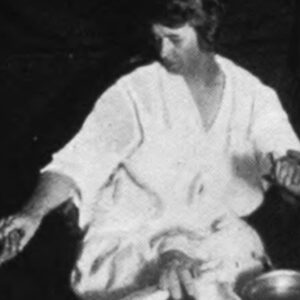 Of the incredible feats Harry Houdini is known for, too few of us know about his *passion project,* debunking fraudulent...
© LitHub
Back to top