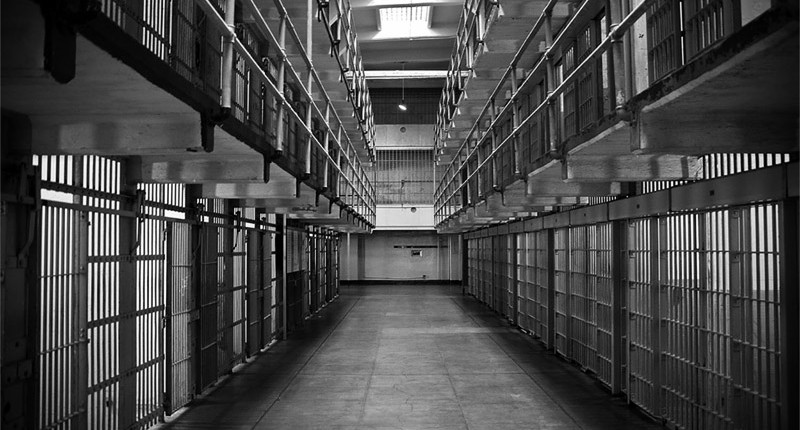 Crime fiction enthralled me as a kid. After growing out of Goosebumps and Fear Street, I began to get my thrills from the likes of Agatha Christie and other mystery fiction writers. My dad had shelves lined with so many Perry Mason books that I could not hope to read them all, though I tried. I still wonder how Erle Stanley Gardner had time to write so many.

After this, it was not long before I grew interested in our criminal justice system’s fraught history with race. Fiction like Harper Lee’s To Kill a Mockingbird rocketed to the top of my list of favorites and stayed there. I can remember no greater anticipation when I was younger than waiting for each slim volume of Stephen King’s The Green Mile to be released, so that I could find out what was happening next to poor John Coffee on death row. John Grisham likewise became a regular in my queue after I discovered books like A Time to Kill and The Chamber. As I moved into college, Richard Wright drew me in with Black Boy and Native Son.

Now as a second-career law student, academic reading has become the staple in my literary diet, far more than when I was a grad student studying fiction in a creative writing program. Now, the stories that so interested me when I was younger are tragically reflected in real human beings behind bars, for whom I work on a daily basis. The experience of attending law school, particularly working for the Wisconsin Innocence Project, opened my eyes to the fact that our criminal justice system is broken.

Recently, much of America had a similar awakening when the Netflix series documentary Making a Murderer premiered and become a nearly instantaneous cultural phenomenon. Steven Avery. Brendan Dassey. The Manitowoc County Sheriff’s Department. Ken Kratz. Len Kachinsky. These have all become household names. It’s been a couple months since Netflix released their incredibly compelling documentary, and yet everyone is still talking about Making a Murderer and the players within it.

Unlike such puffery as Law & Order or CSI, the Steven Avery case promotes no naïve trust in the way our government runs our criminal justice system. On the contrary, Making a Murderer indicts the system, showing how each of its steps are susceptible to bias, misconduct, and simple human fallibility. The documentary is the story of just one person’s case, but that Steven Avery is less of an anomaly than many might think.

Because an educated jury pool is a more just jury pool, it is vital that we all know how the government carries out justice in our name. Every major public reform must begin at the individual level. To that end, each of these books is a compelling read that rivals Making a Murderer in entertainment value, but also provides an insightful look at some aspect of how we collectively mete out justice (or injustice, as the case may often be).

Bryan Stevenson is a civil rights giant, a brilliant legal scholar and law professor, a litigator who has argued in front of the Supreme Court multiple times to win constitutional protections for marginalized prisoners, a highly sought-after speaker, a recipient of a MacArthur Foundation Genius Prize, and a best-selling author. The most impressive things about him, however, are his indomitable spirit and perpetual hope.

Just Mercy features small sections about Bryan Stevenson’s experiences beginning his non-profit Equal Justice Initiative and about his work with multiple death row clients, but the bulk of the attention is dedicated to one of Stevenson’s first clients: Walter McMillian. The story of McMillian’s conviction for a heinous crime he did not commit, as well as Stevenson’s battle to exonerate him, highlights how racial animus still pervades our country’s death row verdicts and politics. Inspirational and eye opening, Stevenson’s Just Mercy is a reminder of what great things are possible when we fiercely guard our hope. It’s the kind of book that has the power to refresh tired and beleaguered advocates working on behalf of the marginalized.

Michael Morton was convicted of a murder he did not commit on nothing but prosecutor’s lies and misdeeds. To make matters worse, the victim had been his own wife. While in prison, Morton earned a master’s degree in writing and kept journals to maintain his sanity. The result is Getting Life, a moving memoir that beautifully details both the pain of losing a soulmate and the hell of being wrongfully imprisoned.

After 25 long years, the Innocence Project exonerated Morton. His case drew widespread attention and resulted in significant criminal justice reforms in the State of Texas. Morton’s prosecutor, Ken Anderson, knowingly and willingly hid evidence; he also failed to turn over exculpatory evidence to the defense before Morton’s trial. Anderson was disbarred and, in 2013, sentenced to ten days in jail for his actions in the Michael Morton case. Anderson’s conduct is sadly not rare; that he was actually head accountable is akin to sighting Sasquatch.

That America—the land of the free—incarcerates more of its citizens than any other country in the world is our great shame. That we so disproportionately incarcerate people of color and keep them oppressed through criminalization, stigmatization, and marginalization is an even greater shame. In The New Jim Crow, law professor Michelle Alexander connects the meteoric rise of mass incarceration to the racist dog-whistle politics that so rapidly emerged in the wake of desegregation.

Rather than simply taking stock of how our vast current prison population is disproportionately made up of minorities, Alexander challenges readers to study the entire timeline of American history. She demonstrates exactly how institutionalized racism continues to perpetuate itself even in face of what seems like progress. America continues to stigmatize prior convicts and disenfranchise felons, removing what meager political voice they may have had. Our entire political and economic system is structured to maintain the status quo by targeting poor people and people of color. Professor Alexander explains how this country’s systems of racial oppression have not disappeared; they have merely changed shape.

Paul Butler graduated from Harvard Law School. He was a successful and driven young federal prosecutor with a bright future. He was good at his job—that is, good at putting people away. But one day, Butler found himself hopelessly looking down the barrel of the same gun he had pointed at criminal defendants countless times before: he was arrested for a crime he did not commit.

This former prosecutor learned the hard way how difficult it is to sit at the defendant’s table, where he no longer enjoyed the weight and resources of the entire government to give him a leg up. To say Butler’s perspective on the criminal justice system underwent a radical shift would be understating the matter. Butler provides an insider’s look into the mentally twisted world of those wielding the government’s sword on behalf of the people. Rather than pronouncing nothing more than a dismal but well-earned prediction of doom for our justice system, Butler provides pragmatic solutions for We, the People, which include refusing to assist police as a snitch, refusing consent for any searches, and embracing our jury nullification powers.

The truth of the criminal justice system is not that snitches get stitches—they get lucrative deals from prosecutors. A recent statistical study showed that federal prosecutors used informants in a quarter of their drug convictions during the observed period. During the same period, some states relied on informants to get convictions in more than half of their drug cases. And everyone within the system knows what jurors often do not: hardly any evidence is more unreliable than testimony from a jailhouse snitch.

A law professor like many others on this list, Natapoff digs deep into the snitch epidemic and demonstrates how informants poison far more than a few outlier cases in the courtroom. She shows how government over-reliance on snitches destroys community relationships and ultimately makes the job of law enforcement more difficult. The insidious effects of widespread practices making use of snitches include the freeing of the guilty, the convicting of the innocent, and the creating of new victims.

Prosecution Complex nakedly depicts the assembly-line system of injustice that grinds away every day, in every jurisdiction in America. Painstakingly researched and rigorously academic while still remaining readable, Prosecution Complex analyzes the many hats that our prosecutors are required to wear. Medwed concludes that while our “ministers of justice” may be trying their best to remain ethical, convict the guilty, and protect the innocent, very few prosecutors succeed in this. After reading this slim but cogent book, one could make the case that the way we have organized our system of criminal justice almost guarantees that our prosecutors will fail.

Law Professor Adam Benforado points to our own frail humanity as an explanation for the failures of our criminal justice system. Because we all operate under faulty assumptions about the nature of cognition, bias, and impartiality, we have constructed a rigged system to judge guilt or innocence that denies our own human limitations.

Benforado combines legal scholarship with modern insight from the worlds of neuroscience and psychology to reveal fatal flaws in how we administer justice. Advances in these fields have demonstrated how many of our unconscious biases and cognitive processes exert far greater control over our actions and decisions than we would like to admit. Along with riveting anecdotes and serious scholarship, Benforado proposes a whole host of reforms worth serious contemplation

Worse than the Devil, by Dean Strang

One of Steven Avery’s defense attorneys documented in Making a Murderer boasts serious literary cred, in addition to being one of the most revered trial attorneys in Wisconsin. Dean Strang’s true crime book, Worse than the Devil, was praised by Booklist, Publisher’s Weekly, and many other outlets.

In Worse than the Devil, a bomb explodes in Milwaukee in 1917. Ten people die, including nine cops. Public fear fans hatred. Anti-immigrant prejudice taints a trial of Italians. When the legendary Clarence Darrow rolls into town to help with the appeal, does he cross the line to win justice at any cost? Lessons about the political and psychological underpinnings of this tale of justice gone awry are as relevant today as they were 100 years ago.

Matthew J. Hefti is the author of A Hard and Heavy Thing (Tyrus / F+W). He deployed to Iraq and Afghanistan a total of four times as an explosive ordnance disposal (EOD) technician. While enlisted, he earned a BA in English and an MFA in Fiction. He is now pursuing his JD at the University of Wisconsin Law School, where he works for the Wisconsin Innocence Project. 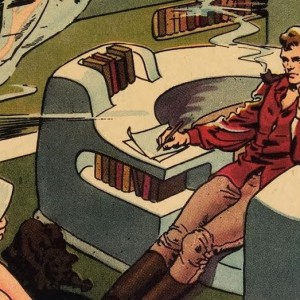 Raymond Chandler has been dead for over 50 years, yet his influence over the detective novel has remained intact. But Chandler...
© LitHub
Back to top