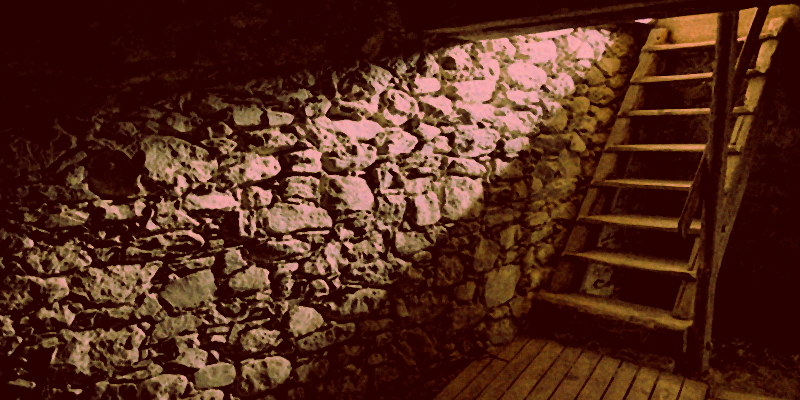 "[C]aves, basements, and crawl spaces are our ways of visualizing the dark places within our own minds."

I have a recurring dream of dark spaces.

I’m in a large house, always with a different layout. My journey through the rooms invariably brings me to a cave-like basement that seems never to end—a warren of small chambers full of jumbled objects, each space more sinister than the last.

I don’t need a psychoanalyst to tell me that caves, basements, and crawl spaces are our ways of visualizing the dark places within our own minds. That’s why they’re perennially popular settings for fiction genres in which everything hinges on the revelation of terrible secrets. Basement dungeons are, of course, a mainstay of serial killer tales. But even when nobody gets locked up in the dark spaces, they can cast an eerie pall over an entire story.

Tana French, that most atmospheric of mystery writers, makes brilliantly creepy use of cave-like spaces in her novels. In Faithful Place, a corpse is discovered in a cellar; in The Witch Elm, a hollow tree trunk conceals a body. Most memorably, in Broken Harbor, a crawl space in a couple’s newly constructed home becomes the symbol of everything that’s going terribly wrong in their lives. The husband’s obsession with an animal that may or may not inhabit the crawl space isn’t the cause of the family’s dissolution but a reflection of it.

In fiction, caves and similar spaces represent everything we want to hide. But some people, including me, also feel an irresistible urge to explore them. I’ve been fascinated with caves since reading The Adventures of Tom Sawyer as a child. Later, I pored over James M. Tabor’s Blind Descent: The Quest to Discover the Deepest Cave on Earth, a harrowing account of “supercaves” and the intrepid divers who navigate their flooded passages. Tabor followed up that book with The Deep Zone, a thriller set in a cave, but his facts are even scarier.

Nine years ago, I used my job at a newspaper as an excuse to explore a local cave. The then-president of the Vermont Cavers’ Association equipped me with a caving suit and headlamp and guided me on an underground journey that felt much longer and more laborious than the cave’s modest size could justify.

From a wooded ravine, we descended into a damp, stony crack in the earth. The first chamber was large enough to stand up in, but the air already felt 20 or 30 degrees colder than the summer day outside. Even more frigid air wafted from an impossibly tiny passage at the chamber’s far end.

Somehow, with patient coaching from the experienced caver, I managed to squeeze myself through a hole that didn’t seem wide enough to accommodate either my hips or my skull. Unlike my dad, who once backed out of a boat tour through a much roomier cave, I’m not generally subject to claustrophobia. But that day I understood the sensation. When I finally emerged into the daylight through a narrow gap between boulders, I felt shaken yet energized, as if I had successfully re-enacted my own birth.

Years later, that experience inspired a crucial scene in my young adult thriller We Made It All Up, the story of a city girl who moves to rural Montana after her dad gets a job studying the endangered bats of local Kray Cave. Trying to forget the dark secrets in her past, Celeste bonds with another lonely girl who encourages her to write romantic fiction about two of their classmates. When one of those classmates turns up dead right outside the cave entrance, the two girls become suspects in his murder.

Celeste sets out to clear her name by investigating the crime. When she learns that the dead boy belonged to a secret society that meets in Kray Cave, she asks a friend to guide her to their hideout. To reach her goal, she must writhe her way through a tiny passage, just as I did.

Testing herself against that passage, Celeste feels terror, but only at first. As she learns to navigate the cave rather than fighting it, she begins to see it as a burrow where someone like her can find safety. Cold and alien as it is, a cave is also a place where prey take refuge from predators. For Celeste, it becomes a place of rebirth and renewed confidence, as she uses its twists and turns first to spy on her enemies and then to escape from them.

In so many thrillers, caves and similar spaces are where monsters hide. (Think of Stephen King’s The Outsider, in which a cave with a haunted history becomes the lair of a supernatural predator.) To kill the monsters, though, the heroes of these novels typically must explore their own dark places. The fictional cave is often littered with junk, like the dark rooms in my dreams. But every piece of that detritus is a secret language that, once decoded, might help solve the crime.

The cave in We Made It All Up is full of disturbing relics. One of them opens up the dark secret at the heart of the town, revealing a motive for murder that Celeste never imagined.

In a metaphorical sense, I think, readers of dark fiction are all cave explorers. We can appreciate the well-lighted upper rooms in the house of literature, but we’re inexorably drawn to the cellars, where we discover the unsavory history on which the house was built. Maybe we want to slay the monsters that live down there; maybe we’re just morbidly curious. But for us, the dark, chill, and isolation of a cave aren’t bugs. They’re features.

[Note: If you’d like to include links, here’s my story about exploring the cave:

I returned to the same cave for a “Stuck in Vermont” video about the book that will be online next week here: 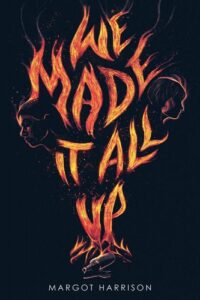 Margot Harrison is an award-winning journalist living in Vermont. Her latest book, We Made It All Up, is now available. She is also the author of The Killer in Me and The Glare. Find her on Instagram and Twitter at @MargotFHarrison. 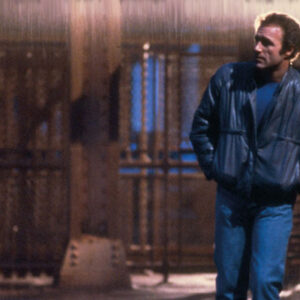 Twenty minutes into Michael Mann’s theatrical debut feature, Thief (1981), James Caan storms into an office and aims a gun—expertly...
© LitHub
Back to top