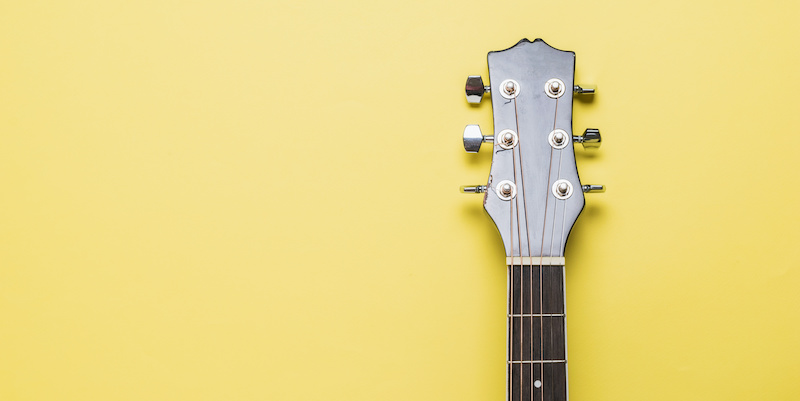 "Where did I get friendly enough to ask these elites to contribute to Hotel California? At the Hotel Bar."

As a road musician and entertainer many years ago, I stayed in a lot of hotels. Seven nights a week, I observed the tourists, the business class, the gamblers who came to play the ponies and the hustlers, swindlers, drunks and pick-up artists. I wrote songs about them, told jokes and now, along with seven other talented authors, we’re writing stories about them.

Hotel California includes an original Jack Reacher story by Andrew Child (New Kid in Town), a story by Reed Farrel Coleman who has written the Robert Parker Jesse Stone series, a story by Heather Graham, John Gilstrap, Rick Bleiweiss, Jennifer Graeser Dornbush and Amanda Flower. The plots are wonderful, and the devious minds and deeds of the characters proves you can’t trust anyone.

Over twenty some years, I’ve gotten to know these writers, read each one of  them, and find it utterly fascinating that they are (in most cases) average, normal people with outrageous imaginations.

My agent and I decided to take on the project over a year ago, and the first question she had, was “Who are you going to get?” Well, each one of these novelists is committed to their own projects, meeting deadlines and contractual obligations. From personal experience, we authors are not necessarily looking for new assignments.

That said, I called Andrew Child and said “Can I get a new Jack Reacher short story?”

I was tempted to call Julie immediately and say “GUESS WHO WE GOT?”, but instead I called John Gilstrap (Wasted Time) and he said “of course.” Within five days I’d called Heather (Pretty Maids All In A Row), Reed (Victim of Love), Amanda (Try and Love Again), Jennifer (Hotel California) and Rick (The Last Resort). I had one rejection from a friend and very talented writer with movie credits as well. He apologized, saying “It takes me longer to write a short story than a complete novel.” I chose Life in the Fast Lane, for my contribution using a hit man hired to kill a popular dirt track driver in a little town in Georgia.

I called Julie a week later and read off the names of the contributors. She called me five days later to say that she’d sold Hotel California to Blackstone Publishing. When Blackstone was in its infancy, involved in audio only, I was one of their earlier authors. They since have produced nine of my books going back to cassette, then CD, then digital. I was happy to reestablish a relationship and they been very supportive.

The stories had not even been turned in, when Blackstone asked, “What’s next?” We considered several titles and settled on Thriller. I already knew the next question would be “Who’s going to write the stories?” So I contacted the very talented Jeffrey Deaver who at the time was writing two books, and had a show Lincoln on NBC. A busy guy. We had a deadline that was more than a year off and he wrote back and said “Of course.” To his credit, he hit the deadline on the exact day with The Lady in my Life. William Kent Krueger was eager to do Beat It, Neil Plakcy chose Billy Jean, Dahlia Rose decided on Baby be Mine, Rick Bleiweiss did Pretty Young Thing, Heather Graham chose Thriller, David Slayton wrote Human Nature and Jennifer Dornbush is doing The Girl is Mine. I was left with Wanna’ Be Startin’ Somethin’? That title could go just about any direction.

All stories are present and accounted for and Thriller releases next year. The year after that, 2024, Back In Black comes out with another Jack Reacher original. You Shook Me All Night Long.

Anthologies are great for a number of reasons. There’s a lot of action and suspense that keeps the read tight. You can read a story in one sitting and not have to worry about keeping the plot lines and characters in your head between sessions. On the rare chance (It won’t happen with Hotel California) that you find one of the stories a little boring, or you don’t care for the plot or character, you don’t just put the book down or force yourself to finish it. You just forget it and move to the next story. It’s that simple.

Another strong positive with anthologies is that you are introduced to writers you’ve never read. All of these authors have wonderful novels and great longform stories to tell. Once you read their short story, you may find yourself ordering their books and discovering characters and plots you never knew existed.

In the fifties and sixties magazines like Argosy, True, Playboy, the Saturday Evening Post, Sci Fi and many others featured the short story. Many of our best recent novelists cut their writing chops writing short stories.  Authors like Ray Bradberry, John D. MacDonald, John Jakes, William Faulkner, Ernest Hemingway (The Old Man and the Sea was a short in Life Magazine), started their careers with the short story format. And there were dozens of magazines hungry for the product.

As television became more and more available to homes, people could watch short stories on the tube. A handful of magazines like Alfred Hitchcock Mystery Magazine and Ellery Queen Mystery Magazine still accept and encourage short mystery and thrill stories.

And getting back to hotels. I’ve been to dozens of mystery conferences. Sometimes there are several thousand attendees, others have a couple hundred. Authors, readers, publishers, editors, agents all attend, and all stay at the hotel where the convention is located. And again, you see the ‘all business’ person, the gladhand greeters, the ‘family reunion’ gang who are looking to catch up from last year. You see the cautious, the gregarious, the shifty ones and just regular joes.

But where do I know all the authors from? Where did I get friendly enough to ask these elites to contribute to Hotel California? To Thriller? To Back in Black? At the Hotel Bar. And at that bar, there are hundreds of short stories being shared to anyone who wants to listen. 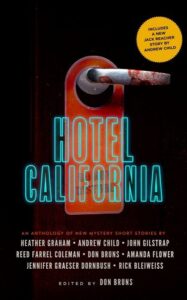 Don Bruns is an ad executive and a USA Today bestselling author. As a former road musician, he performed with Ricky Nelson, the Four Seasons, Ray Charles, and others. Bruns has authored seventeen published novels and his New Orleans trilogy has been optioned for a television series. He makes his home in Southern Florida.

Desperate Measures: On Ordinary People Who've Had Quite Enough 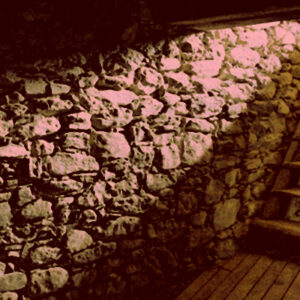 I have a recurring dream of dark spaces. I’m in a large house, always with a different layout. My journey through the rooms...
© LitHub
Back to top