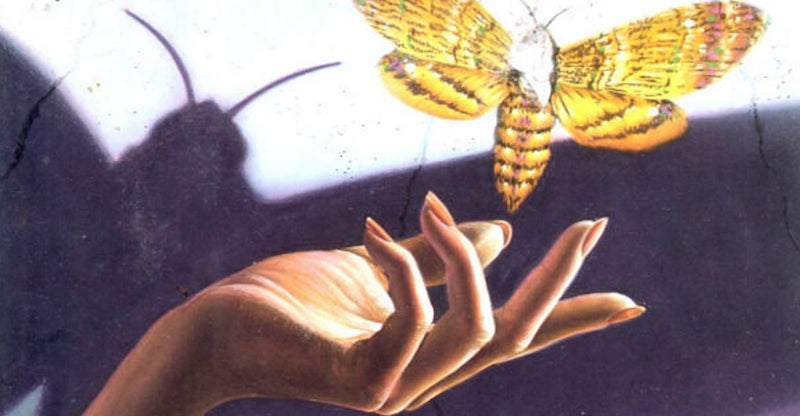 What I learned from re-reading Thomas Harris in lockdown.

I decided to invite Thomas Harris to my house around Day 24 of the pandemic. Outside, the world was exploding. Inside, my writing wasn’t. So I was organizing instead, pulling old paperbacks off my bookshelves. One of them was The Silence of the Lambs, yellowed and well thumbed. It took me back to a summer afternoon on a blanket. I was reading, sweating and shivering, every nerve lit, while children laughed down the street. I felt the thrill of Thomas Harris’ genius. I paused to wonder: How is he doing this to me?

Now, after writing five of my own thrillers, it seems like a crime that I never answered that question. I never dissected the most classic thriller of all time for its tricks. What rules did Thomas Harris break? Which did he follow? What could I learn for next time? All I had to do was turn its yellowed pages.

Herewith, my autopsy of The Silence of the Lambs, while wearing sweatpants and munching Cheetos. And shivering.

1. Twelve words or less are all Thomas Harris needs.

She “painted her nails with glitter like those God damned redneck ski boats.”

A man looks like “a crafty catcher, tough when he blocked the plate.”

The basement prison is lit like “the engine room of ships.”

Clarice examines a body in “an embalming room with cabbage roses on the wallpaper.”

In the sky hangs “a dying moon pale and thin as a bone fishhook.”

A basic guideline for thriller writers is that something needs to intrigue/scare/grab by page twenty-five. In The Silence of the Lambs, it is by page six. You have already fallen in love with Clarice Starling, a young, vulnerable FBI trainee. She is ambitious (read: you know she will do foolish, risky things). For questionable and unknown reasons, her boss is sending her to interview a psychologically brilliant serial killer who cut up a previous FBI agent whose face now looks like “a damn Picasso drew him.”

3. The pacing is manipulative and ruthless.

At writing conference classes, I’ve watched bestselling thriller writers storyboard a rollercoaster in red pen where the tension should rise and fall. Thomas Harris doesn’t care if the reader gets to rest. By page 139, you never catch your breath again. You aren’t finished with the last chapter before he chops it off. You are jerked forward, into action, a new scene, leaving something you care about behind. And at the top of a chapter (note to self here), there is no foray into description, no long inside-the-head character monologues. You are at all times pounding toward the tour de force ending, where you will flip back and forth between two houses hundreds of miles apart, wondering what lies in each of them.

Almost everybody can quote a favorite line from this book. But I was shocked to find mountains of dialogue. There is paragraph stacked onto paragraph of one person speaking. There is bare interruption between Clarice Starling and Hannibal Lecter in their taut scenes together. The cat and the mouse. The teacher and the student. Intellect against intellect. The dialogue throughout is like a knife, both spreading butter and drawing blood.

“He broke her jaw to get at her tongue. His pulse never got over eighty-five even when he swallowed it.”

“There’s a moth, more than one in fact, that lives only on tears.”

“Goodbye, Clarice. Will you let me know if ever the lambs stop screaming?”

Dialogue is the single biggest tool in carving each character of this book, in layering and moving the plot, in relaying fascinating psychological details about the human mind, in delivering tension and pace that is unparalleled. I can only guess that Thomas Harris listens, smells, and tastes the world as carefully as Hannibal Lecter.

The reader is shouting all the way: Don’t move closer to the prison bars! Don’t slide under the storage facility door! Don’t open the green body bag. Don’t look in that dead girl’s mouth! Thomas Harris sends our heroine out in the world all by herself, employing the most basic horror movie device from beginning to end. And we love her so much. Stephen King says the most awful word in the English language is “alone.” Never did I believe it more.

6. When it comes to emotion in this book, Thomas Harris lets us do all the work.

Clarice is a tight enigma. Her father-figure-FBI-agent boss is often withholding and secretive. Hannibal is a man who is brilliantly perceptive about humanity and yet has none himself.  Every one of them thinks with a clinical mind. Every one of them describes horror in removed and detached terms. So when something breaks their façade—a hug, an I’m sorry, a simple thank you—you are ready to burst. By the time you arrive at the four-page scene where Hannibal pulls out the seminal anecdote from Clarice’s childhood, where her emotional blood is splattering all over the pages, it becomes one of the most memorable climaxes in the history of thriller literature.

It’s an old writing saw that if you want your reader to immediately like a character, make him or her do something nice for an animal. Instead, Hannibal does something nice for our beloved Clarice. He appreciates her intellect in the sexist world that surrounds her. He retaliates in her honor when another prisoner desecrates her. And he is nice to Barney the prison guard, the only person besides Clarice who both a) treats him with dignity and b) understands exactly what he’s capable of. Hannibal respects people with humanity even though he can’t find it in himself. He is writ so large that he leaves the book for eighty pages and we don’t even notice because he is still there.

Clarice Starling survived her past as an orphan to climb to the top of her FBI class, to be braver and smarter than any man on the case. She is determined to save a girl named Catherine from one serial killer with the help of another. And Catherine, in the pit, is just as determined to save herself. To the bitter end, she is her biggest cheerleader against a captor who thinks of her as “it” and “the material.” She is wooing his little dog into her trap. She is thinking that if she could ever get her legs around the man who plans to skin her, she could “send him home to Jesus in a second and a half.” When she walks out of that house with his dog tucked in her coat, she is Clarice carrying the lamb. She is every woman, maternal and courageous, winning against all odds.

9. It is much scarier to use a moth in a scene than a gun.

And if you don’t know what this means, you need to read the book again.

As for me, onto Pandemic Master Class Two: In Cold Blood. 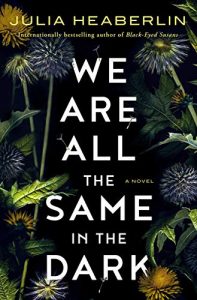 Julia Heaberlin is the author of the critically acclaimed Black-Eyed Susans, a USA Today and Times (U.K.) bestseller. Her psychological thrillers, which also include Paper Ghosts (finalist for the ITW Thriller Award for Best Novel), Playing Dead, and Lie Still, have been sold in more than twenty countries. Heaberlin is an award-winning journalist who has worked at the Fort Worth Star-Telegram, The Detroit News, and The Dallas Morning News. She grew up in Texas and lives with her family near Dallas/Fort Worth. Her latest novel, We Are All The Same In The Dark, is now available. 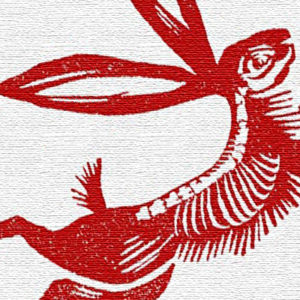 Rotten Wood. Henchman’s Coppice. Ashes Hollow. These place names in the English county of Shropshire, along with the evocative...
© LitHub
Back to top