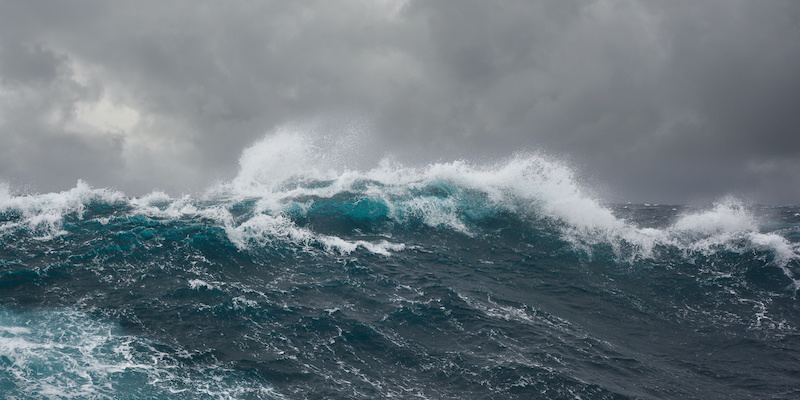 Dark novels from both sides of the pond.

Seaside villages are beautiful, but they also hold secrets. Sometimes dark, nefarious ones. Like the fact that the picturesque French islands of Saint Pierre and Miquelon, south of Newfoundland, were in the 1930s a major offshore smuggling hub for American gangster Al Capone. Of course, you’ll find similarly outlandish stories on both sides of the North Atlantic.

The UK series Broadchurch, for instance, shows us what the men of a quaint Dorset port town are capable of hiding. While on the other side of the water, the murderous black comedy Blow the Man Down tells of a fishing village in northern Maine where it is the women who keep the secrets. Both of these are dark, bloody stories, emphasizing different elements of noir. Both also capture the coastal beauty of such seaside towns: the rain, drizzle, and fog; the intensity of a sudden sun; the sounds of the sea. But both also work against romanticizing such settings, and the people who live there, in order to explore more tangled truths.

I set out to do something similar—a blend of Broadchurch and Blow the Man Down—in my recent North Atlantic noir When the Dead are Razed (Slant 2021). The novel is set in modern Newfoundland, nearly 300 miles north of Al Capone’s island smuggling hub and some 400 miles from where the Titanic sank. Though set in such storied waters and influenced by Newfoundland crime novels like Lisa Moore’s Caught and Kenneth J. Harvey’s Inside, my novel, like the rural outports and harbor towns at its heart, is marked by international trade. And though there are elements of various kinds of regionally-defined noir sketched into the storyline (shades of Tartan, Irish, Nordic, and Icelandic noir), I would say When the Dead are Razed owes its existence to another class of crime fiction—what I’d call the North Atlantic noir.

A North Atlantic noir, in my mind, is rooted in a particular North Atlantic port town, or caught in a tension between a major port city and a more remote Atlantic outport or offshore location, like Ian Rankin’s Black and Blue, in which John Rebus finds himself tangled in investigations with various ties to Edinburgh and Glasgow, Aberdeen and Shetland, and even offshore oilrigs in the North Sea—investigations Rebus hopes will net the serial killer Johnny Bible and an upstart copycat killer.

In such stories, port towns like Dublin and Belfast, Edinburgh and Copenhagen, Oslo and Reykjavik—cities built against the blistering winds of the North Atlantic—often bewilder the main characters, thrusting them into increasingly wild and isolating settings that serve to deepen mystery, heighten tension, and raise the stakes. Of the many mysteries and crime thrillers I could name set against the North Atlantic, the books that most sparked my interest when writing When the Dead are Razed were crime novels in which the main action is somehow shaped by the sea.

Take Irish writer Jo Spain’s The Darkest Place, in which Dublin-based DCI Tom Reynolds, who first appeared in With Our Blessing, is sent to investigate a newly uncovered mass grave on Oileán na Caillte, the “Island of the Lost,” off the coast of Kerry in North Atlantic waters. The island once housed (and hid from the world) the controversial psychiatric institution St. Christina’s, though the asylum has been closed for decades. Reynolds, for his part, is less than impressed about being handed what he thinks is a cold case on Christmas Day. But he crosses the water from Kerry to Oileán na Caillte to find that amongst the dead in the mass grave is the murdered corpse of one of St. Christina’s former doctors who went missing over forty years ago under mysterious circumstances. As the mystery deepens and the horrible history of the asylum is unearthed—a history based on Spain’s research into such institutions in Ireland—Reynolds finds himself cut off from the mainland by the sea and forced to confront a killer.

Another island-set noir is Peter May’s Barry Award-winning novel The Black House, book one of his Lewis trilogy, which hones in on a grisly murder committed on the Isle of Lewis, part of Scotland’s Outer Hebrides archipelago. The novel’s inciting murder bears an uncanny similarity to a mainland killing, so Edinburgh detective Fin Macleod, originally from the Isle of Lewis, is dispatched to investigate, embarking on a voyage that will take him into the darkness of both the murder investigation and his own troubled past on the island.

Lin Anderson’s The Killing Tide, book sixteen in the Rhona MacLeod series, begins not an island but on a mysterious cargo ship wrecked off the Oarkney Isles. Three bodies are found aboard the shipwreck and are eventually linked to a macabre incident in Glasgow in which a young woman was either set on fire or set herself on fire. Whereas Peter May and Jo Spain unearth brutal pasts in their mysteries, pasts rooted in the actual histories of the Hebrides and Ireland, Anderson in this chapter of forensic investigator Rhona MacLeod’s ongoing Scottish saga, shows how a North Atlantic noir can also be a fast-paced international conspiracy thriller.

One of my favorite North Atlantic noirs that connects nations, as well as past and present mysteries, is Jussi Adler-Olsen’s A Conspiracy of Faith, in which Carl Mørck, of the Department Q series, comes into possession of a message in a bottle—a message that appears to have travelled the tides from Denmark to Scotland, where it was discovered and returned to Copenhagen’s Department Q. The novel, like Peter May’s Lewis trilogy and Jo Spain’s With Our Blessing, investigates not only puzzling disappearances and horrific murders but also the criminal histories of different religions in these North Atlantic nations. In A Conspiracy of Faith, Adler-Olsen explores how religious abuse can breed a killer, an uncanny offspring who visits revenge on communities and families like the one that raised him. The killer in this particular novel, though, thinks his remote seaside hideaway is the perfect place to conceal his crimes; he doesn’t count on that very sea carrying a bottled cry for help to people: to an atheist and a practicing Muslim who will do everything they can to answer a prayer God has forgotten.

Add to this short list any number of books I’ve missed (life with 4 kids!), in which the action and mystery are somehow shaped by the North Atlantic, like Alice Feenry’s Daisy Darker or any of Kevin Major’s Sebastian Synard mysteries or (and I’m really excited for this one!) Perry Chafe’s Closer by Sea (coming May 2023)! Or check out my novel When the Dead are Razed, which you can watch the trailer for here or read the first chapter here.

And because I’m keen to build my list of North Atlantic Noirs—to get people thinking of noirs and mysteries from this part of the world shaped more by the sea than by national identity—I’d love to hear about books your reading! 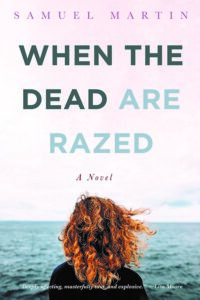 Samuel Martin is the author of the story collection This Ramshackle Tabernacle  (2010) and the novel A Blessed Snarl (2012. He was Fogo Island Arts’ inaugural Writer in Residence and his work has won a ScreenCraft Cinematic Short Story Award for “Syringe-fed Ferrets,” been shortlisted for the BMO Winterset, and nominated for the International Dublin IMPAC Award. A high school English teacher and former tenured professor, he lives with his wife and four children and can be found on Twitter @DarkArtCafe or through his website at samuelmartinauthor.com. 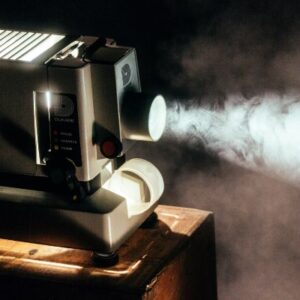 I’ve never been much of a reader. As a published writer I suppose I should be embarrassed to confess such a thing. But it’s...
© LitHub
Back to top