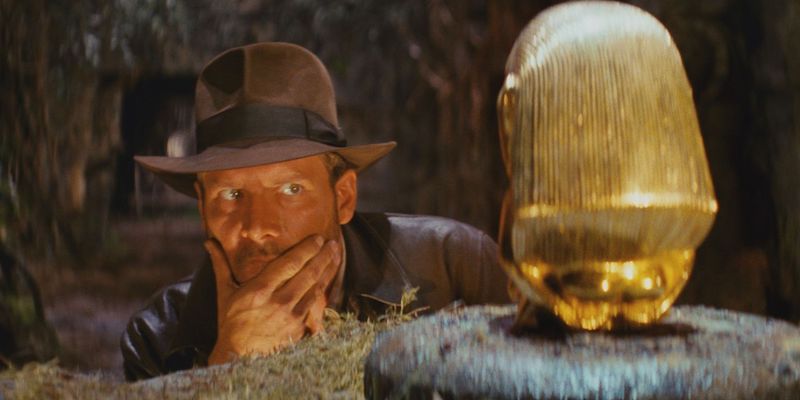 From Edgar Allen Poe to the present day, crime writers have always had an interest in archeological mysteries.

Humans are magpies. They’re bloodhounds. If put into a maze, they do an admirable imitation of lab rats. A love for shiny objects, an insatiable curiosity, a penchant for puzzle-solving, and a strong desire for the world to make sense are just a few of humanity’s innate traits that crime novelists exploit every time they sit down to write a story. They are also qualities that drive the archaeologists who sift through humanity’s detritus, attempting to use it to explain humans to themselves. Not coincidentally, archaeologists sometimes find shiny objects in that detritus, wonderful and fascinating things. Is it any wonder that crime novelists return again and again to the world of archaeology as a backdrop for their stories? We are all searching for the “wonderful things” promised by Howard Carter as he peered into the newly opened tomb of King Tutankhamum.

Even Edgar Allan Poe, father of the detective story, dabbled in archaeological fiction. His 1850 story, “Some Words with a Mummy,” is more satire than crime fiction, lampooning Gothic tales of mummy’s curses and tapping the same galvanism research that had inspired Mary Shelley’s Frankenstein thirty-two years before. “Some Words with a Mummy” is entertaining social commentary, but neither it nor Frankenstein are the kind of “play fair” mystery that modern readers expect. To find those, we have to jump ahead to the early twentieth century’s Golden Age of Detective Fiction. My favorite archaeological mysteries from that period were written by a woman whose life experiences helped her put readers right into the dust and heat of an Iraqi archaeological season: Agatha Christie.

Murder in Mesopotamia is the Christie novel that focuses most on the daily lives of working archaeologists. As the wife of prominent archaeologist, Max Mallowan, Christie traveled with him to sites that included the famed Nimrud in Iraq. This book weaves her knowledge of working archaeologists, their living conditions, and the workers who made their careers possible into a satisfying murder mystery. I recommend reading it back-to-back with Come Tell Me How You Live, Christie’s memoir of her seasons in the field with Mallowan and his teams. It is fascinating to read her memories and enjoy the way her fiction draws from them and builds them into something more.

Christie’s interest in archaeology and in the Middle East is evident in several of her other works. Appointment with Death takes place during a tourist expedition to Petra, and it makes evocative use of its striking ruins, carved long ago from rose-red rocks. Death on the Nile follows a group of tourists on an Egyptian river cruise. Destination Unknown and They Came to Baghdad are spy novels with Middle Eastern settings. Of particular interest are two of her less well-known works that feature ancient Egyptian settings: Death Comes as the End, Christie’s only novel with a pre-twentieth-century setting, and Akhenaton, a rarely performed play published shortly before her death. In both Death Comes as the End and Akhenaton, she worked closely with an Egyptologist to craft historically accurate stories that are notable for their unusual-for-Christie time period.

Article continues after advertisement
Why have crime fiction and archaeology enjoyed such a long and intimate relationship? Speaking as a reader, I feel that they both tap into the human fascination with the unknown.

More recent writers have also tapped into the human curiosity that keeps people digging for treasure—or for science, which is as exciting in its own way. Elizabeth Peters’ long-running Amelia Peabody series is beloved for its homage to the swashbuckling early days of archaeology, portraying archaeologists working fifty years before the period depicted in Christie’s non-historical Middle Eastern books and in the Indiana Jones movies. Peters was a pen name for Egyptologist Barbara Mertz, who began the series in 1975 with Crocodile on the Sandbank and ended it with The Painted Queen, completed by Joan Hess after Mertz’s 2013 death.

Archaeological crime novels set in the present day tend to pay more attention to the meticulous science available to modern archaeologists, taking advantage of its parallels to the forensic science used by modern detectives. DJ Niko’s Sarah Weston books, beginning with The Tenth Saint, follow a modern archaeologist whose adventures in Israel, Ethiopia, Saudi Arabia, India, and Egypt bring the Golden Age archaeology stories of those regions up to date. Her own extensive travels in those parts of the world add an important note of reality to her romantic tales.

Dana Cameron’s books benefit from a depth of knowledge made possible by Cameron’s own career as an archaeologist who has worked in North America and Europe. Site Unseen kicked off her Emma Fielding archaeological mystery series, which are interesting for their focus on historical archaeology in New England (with a detour in Grave Consequences to not-new England.) The Hallmark Channel has made the Emma Fielding mysteries into three movies to date.

Why have crime fiction and archaeology enjoyed such a long and intimate relationship? Speaking as a reader, I feel that they both tap into the human fascination with the unknown. We want to know all the answers. We are curious about other people’s lives, and I think we can only benefit from putting ourselves in the shoes of people who lived and loved just as we do, while living in a world very different from our own. We want to believe that, if we dig long and hard enough, justice can be done. And yes, we love the thrill of the treasure hunt. When we open an archaeological mystery, we can hope for a story that lets us imagine ourselves, trowel in hand, as we dig into ground that might well hide wonderful things.

Mary Anna Evans is the author of the Faye Longchamp archaeological mysteries, the twelfth of which, Catacombs, has just been published by Poisoned Pen Press/Sourcebooks. They have received recognition including the Benjamin Franklin Award, the Mississippi Author Award, and the Florida Historical Society’s Patrick D. Smith Award. Her short work has appeared in publications including The Atlantic, Dallas Morning News, Bayou, Flyway, and Mystery Readers Journal. She holds an MFA in creative writing and she is a licensed professional engineer. An assistant professor at the University of Oklahoma, she teaches fiction and nonfiction writing, including mystery and suspense writing. For more information on her work, see www.maryannaevans.com. 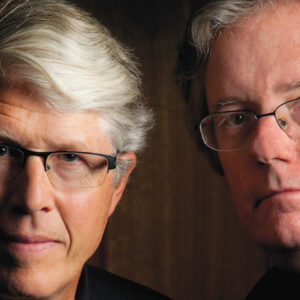 If you've spent time in a bookstore's horror or scifi section, or follow the world of techno-thrillers, you're probably a huge...
© LitHub
Back to top