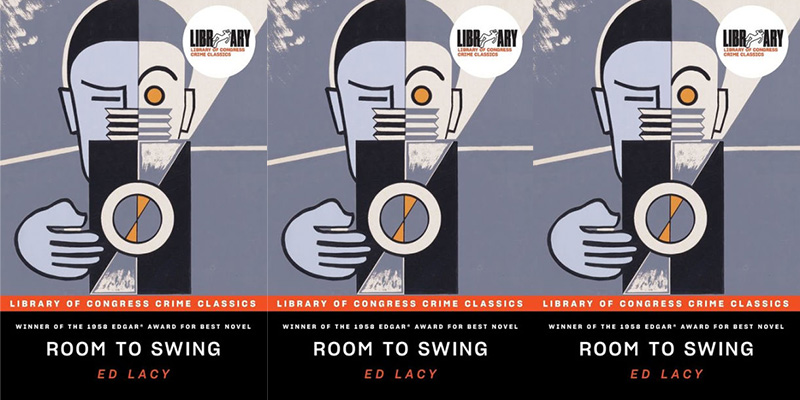 Written by a Harlem-based white author, Room to Swing features a Black detective and is an earnest effort infused with the jazzy spirit of the 1950s.

By the time Ed Lacy’s Room to Swing was published in 1957, a small but growing number of Black sleuths were featured in the world of American crime writing. In 1900, Pauline Hopkins, the Black editor of Colored American Magazine, published several crime fiction short stories. A few years later, her novel Hagar’s Daughter: A Story of Southern Caste Prejudice appeared, which has many elements of crime fiction, including amateur detecting by Venus Johnson, a young Black maid. The Black Sleuth, though incomplete, was written and published by Black author John Edward Bruce between 1907 and 1908 and featured a Black private detective. In the 1920s, White author Octavus Roy Cohen created Florian Slappey, a caricature of a Black detective who appeared nearly weekly in the Saturday Evening Post. The brilliant Harlem Renaissance writer Rudolph Fisher published The Conjure-Man Dies in 1932, featuring a Black police detective and a Black amateur detective, with a story set entirely in Harlem. In 1933, two short stories by Chester Himes appeared featuring the Black police detectives Coffin Ed Johnson and Grave Digger Jones, prefiguring Himes’s “Harlem Cycle” detective series that debuted in 1958.

By midcentury, Black characters were well established in the ranks of official detectives. Hughes Allison was the first Black writer to have a story appear in Ellery Queen Mystery Magazine with his 1948 tale, “Corollary,” featuring Detective Joe Hill. Queen himself introduced Detective Zilgitt, a Black police officer, in Cat of Many Tails (1949), and Officer Connolly is a character in Bar Spicer’s Blues for the Prince (1950). A Black manservant, Webster Flagg, is an amateur sleuth in two novels by Veronica Parker Johns, Murder by the Day (1953) and Servant’s Problem (1958).

Though private investigators were the most popular figures in crime writing, especially in the work of Dashiell Hammett, Raymond Chandler, Ellery Queen, and Rex Stout, no one had created a Black hard-boiled private eye in a noir setting until Ed Lacy’s Room to Swing. Noir (from the French, meaning “black”) was an attitude or point of view that pervaded film and crime fiction in the 1940s and 1950s. Cynical, morally ambiguous protagonists often found themselves caught in a whirlpool of events, slowly sucked into disaster.† For the compassionate observer, there were clear parallels with the daily lives of Black men and women of the era, who treaded cautiously through White America. Lacy’s lead was followed (and somewhat overshadowed) by Himes’s books, mentioned above, and Ernest Tidyman’s 1970 novel Shaft, Lacy (the pseudonym of Leonard S. Zinberg) was White, but he was married to a Black woman and lived for many years in Harlem where he enjoyed a more integrated social life than was typical of that time. Although Lacy was not writing from a place of lived experience, he made an earnest effort to capture the unique struggles of a Black man in the 1950s. Scholar Frankie Y. Bailey, in her groundbreaking Out of the Woodpile: Black Characters in Crime and Detective Fiction, notes with approval that Marcia Muller (honored in 2005 by the Mystery Writers of America as a grand master) calls Lacy’s protagonist “the first convincing [B]lack detective in crime fiction.”

Whether Lacy achieved that distinction or not, his central character is a great addition to the tradition of the hard-boiled detective. Toussaint Garvey Moore is a man of contradictions. His name links him to Black nationalist causes, but Touie is apolitical. “He is literate, intelligent, ethical, physically powerful, and sensitive, often to a greater degree than his [W]hite counterparts,” remarks Vicki K. Robinson in her essay in Critical Survey of Mystery and Detective Fiction. His race puts him squarely in the middle of trouble. Hired for a surveillance job because he is Black, Moore soon finds himself framed for the murder of a White man. To clear his name, Moore must travel to southern Ohio, where he hides out in a tiny Black community until he finds the information he needs. Moore then returns to New York to trap the killer and confront his White accusers.

Lacy wisely presents the story without stereotyping and without the dogmatic self-righteousness found in later works depicting confrontations between Blacks and Whites. Moore is quick to assert himself as a Black man, but he also resents White liberals who patronize him. There are no polemics about the unfairness of race relations, no burning quest for justice. He values his work for the independence it provides, even if he makes very little at it. At the beginning of the case, Moore is excited that he could have the opportunity to start his own detective agency. His girlfriend urges him to give up his infatuation with private eyes and take a real job at the post office. In the end, Moore comes around to her point of view. In his own words:

I’m sick of phonies. I want to be a mailman and mind my own business. Let somebody else bewaiting to collar ababe shoplifting because she hasn’t money to buy the clothes she needs. I don’t ever want to dun an old woman into paying up on some goddamned sink on which she was screwed from the word go. Most of all I’m sick of being around people busy stepping on each other’s backs, turning in their own relatives for a job, murdering them to keep a job.…In short, I’m sick to death of playing in other people’s dirt.

Lacy uses as an epigraph a quotation from Thomas Jefferson: “The mass of mankind has not been born with saddles on their backs, nor a favored few booted and spurred.” This famous statement is from what was then thought to be Jefferson’s last letter, dated June 24, 1826. The letter was written in response to an invitation to participate in a celebration of the fiftieth anniversary of the Declaration of Independence. Was Lacy aware of the irony that Jefferson owned slaves and did not mean these words to apply to Black residents of the United States?

Perhaps true to the 1950s, Moore is a little slow to understand the nature of the relationship between his employer, Kay, and her partner, Barbara (whom she calls “Butch”). However, ultimately, Moore treats the gay couple sympathetically (although he regards Kay as one of those “phonies” that he disdains). By the time of the events in the sequel to Room to Swing, he is willing enough to accept additional employment from her and asks politely after Barbara, though it’s clear that he and his wife have not been so open-minded as to actually socialize with the couple.

The book is no sociological tract. The mystery in Room to Swing is well plotted, based in the characters’ pasts; the writing is stylistically interesting as a series of flashbacks; and Touie Moore is a vibrant, compelling character.

Although Room to Swing won the Edgar award from the Mystery Writers of America for Best Novel, at least one pair of critics thought it not even the best of Lacy’s work. That honor, they asserted, should go to Lacy’s only other story about Moore, a sequel called Moment of Untruth. Moore has given up investigative work for that job at the post office. When he learns that his wife is pregnant, he is afraid that the loss of her income will make their modest lifestyle unaffordable, and he takes on another detective job to earn some extra money. His response to the announcement of her pregnancy is telling (though he keeps it to himself): “Damn, just what the world needed—one more kid…another colored kid!”

Room to Swing is a remarkable achievement for more than its status as a milestone in the history of Black crime fiction. It is noteworthy for its honest and insightful depiction of Black lives in 1950s America, many elements of which are still familiar today. And it’s a clever and suspenseful mystery, one of the standouts among the enormous quantity of noir crime fiction produced in the mid-twentieth century, by a forgotten master. All this adds up to a book well worth reading! 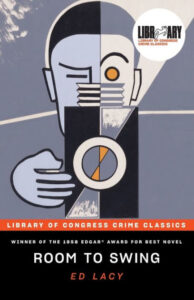 From Leslie Klinger’s introduction to ROOM TO SWING by Ed Lacy. Introduction copyright © 2022 by Leslie Klinger. Reprinted by permission of the publisher, Poisoned Pen Press/Library of Congress Classics.

Leslie S. Klinger is one of the world’s foremost authorities on Sherlock Holmes. He is the editor of the three-volume set The New Annotated Sherlock Holmes. The first two volumes, The Complete Short Stories, won the Edgar for “Best Critical/Biographical” work. He has just completed The New Annotated H. P. Lovecraft. Klinger is a member of the Baker Street Irregulars and lives in Malibu. 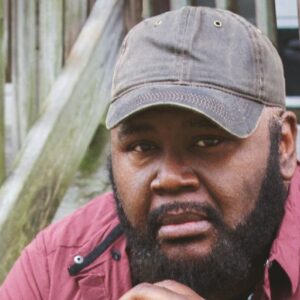 “I’m still proud of that book. It convinced me I could write a book. I wouldn’t be where I am today if it wasn’t...
© LitHub
Back to top