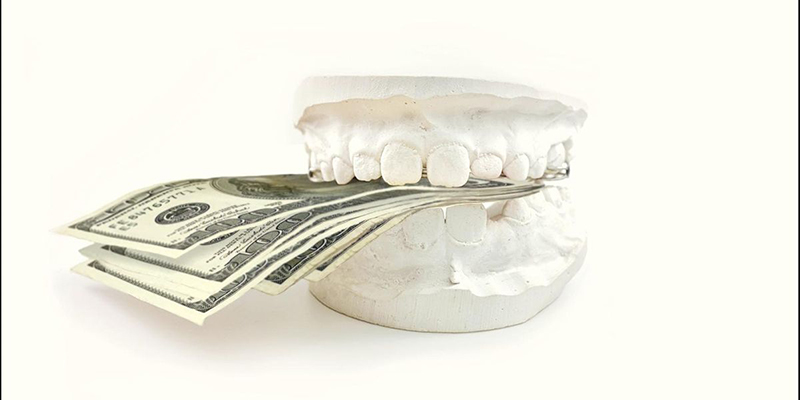 How did civil litigation, where money is at stake, end up with more accurate scientific evidence than the criminal justice system, where life and liberty are at stake?

That there are two systems of justice in America, one for the wealthy, one for the poor, is hardly a novel observation. But that there are two types of science, one for the rich and one for poor people, is less commonly understood. “Poor people science,” a theme I explore throughout Junk Science and the American Criminal Justice System, is the difference between the scientific evidence used in civil litigation, where money is at stake, and the “scientific” evidence used in the American criminal justice system, where life and liberty are at stake. The difference speaks to our values as a society.

I am not a scientist. I’m a lawyer, a second-generation public defender. My parents met when my mother, an artist, was indicted for trafficking hashish, and my father represented her. A straight line can be drawn from that 1969 drug bust to my life in criminal justice reform work and my book, Junk Science.

Unlike most law students, I always knew why I was in law school. I wanted to be a public defender. It was the only aspect of the law that truly interested me, and I knew it would feed a lifelong passion for justice—or, perhaps more accurately, a rage at systematic injustice. The first client I represented as an appellate defender—my first job after law school—had broken into a neighbor’s house and stolen a VCR. “Mr. Johnson” had a long history of drug offenses and petty property crimes, and his case was the type I imagined would comprise the majority of my work: he was factually guilty, no forensic sciences were involved, he had a terrible trial attorney, and he had been quickly convicted.

Mr. Johnson also represented the people I anticipated I would be working for: an indigent person of color, victimized by the Drug War and systemic racism, and thrown away by our justice system. His sentence for theft of a VCR? Twenty-five years to life. There was nothing I could do for him on appeal, not even a sentence reduction. He remains in prison to this day.

The view I had of the justice system as an appellate attorney was relatively narrow. I handled only about a dozen cases a year, and I lost virtually every one. Forensic sciences were often introduced at my clients’ trials, but were neither challenged by their defense attorneys nor at issue on appeal. All my clients appeared to me to be factually guilty, and, like most of my colleagues, I was not skeptical of the “science” used to secure their convictions.

[T]here are two types of science, one for the rich and one for poor people…

In 2005, I left appellate practice and went to the South Bronx to work as a trial attorney with The Bronx Defenders. Suddenly, the justice system exploded into full bloom around me. I ran into clients on 161st Street going back and forth to court every day. I was in their homes, their hospital rooms, funeral parlors. At any given time, I was representing at least 100 clients, most of whom were charged with serious felonies, virtually all of whom were Black and brown people—dozens of whom were innocent.

At that time, to me, science and scientific knowledge seemed far away—even irrelevant—from the triage work I was doing in the Bronx. It was all I could do to juggle the near-constant crises my clients faced, inside and outside of court. But then, in 2009, the National Academy of Sciences, this country’s most prestigious scientific organization, sent a thunder bolt through the criminal justice system: a Congressional-funded report on the state of forensic sciences, entitled Strengthening Forensic Sciences in the United States: A Path Forward. After a century of near-unanimous acceptance in criminal trials, the first rigorous examination of forensics by mainstream scientists destroyed the myth of infallibility that I and the lawyers around me had left unexamined and unchallenged—and that popular crime shows like CSI still propagate today. The report found that, apart from DNA evidence, no forensic technique currently accepted in criminal courts had been scientifically validated.

My clients were being convicted on junk science every day.  Indeed, we now know that half of all wrongful convictions are attributable to the use of invalid forensics. And this had always been true. There were scientists and attorneys at the Innocence Project, a non-profit organization dedicated to freeing the wrongfully convicted, who had known this for at least a decade. I, however, had no idea. I began to book up and was astonished to learn that so much of the “science” used against my clients had been totally made up, invented by “cops in lab coats” to “solve” some particular crime and then introduced at trial without even basic scientific study. Only DNA evidence had emerged from a scientific laboratory and, as such, had been subject to the basic tenets of the scientific method. I left the Bronx Defenders and joined the Innocence Project, where I began the research into forensics that formed the foundation of Junk Science. Today, all of the people I represent have been convicted through the use of junk science, poor people science.

As a turn of phrase, “junk science” was popularized by a book called Galileo’s Revenge, an influential polemic on the evils of “jackpot” personal injury litigation from the perspective of corporate America, which, by the 1990s, had had enough poor people science. It had cost corporate America a lot of money. Shortly after the book’s publication, the Supreme Court radically changed the way courts had to police the introduction of “scientific” evidence. For the first time, judges were required to evaluate and exclude unreliable expert witness testimony from trials. It worked. Courts began precluding the use of junk science—in civil litigation. Nothing changed in our nation’s criminal courts, where the vast majority of those prosecuted using junk science are not monied corporate defendants, but poor people of color.

Junk Science and the American Criminal Justice System tells the story of junk—or poor people’s—science through the lens of three of my Innocence Project clients, all convicted of capital murder through the use subjective speculation masquerading as scientific evidence. The book chronicles the fight to overturn their convictions and end the use of the forensic techniques that destroyed their lives. But Junk Science is also about the thousands of other clients I have represented over the last twenty years as a public defender in the South Bronx, an appellate defender, and a clinical law professor. The stories told here are deeply personal, but, taken together, shine an important light on the fundamentally broken, racist and classist American system of “justice.” 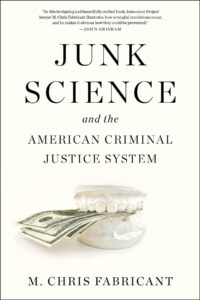 M. CHRIS FABRICANT is the Innocence Project's Director of Strategic Litigation and one of the nation's leading experts on forensic sciences and the criminal justice system. Fabricant is featured in the Netflix documentary The Innocence Files and his public commentary has been published in virtually every major media outlet. A former public defender and clinical law professor, Fabricant brings to his writing over two decades of experience ranging from litigating death penalty cases in the Deep South to misdemeanors in the South Bronx. Born in New York City and raised in Sedona, Arizona, Fabricant has lived in Brooklyn since graduating from George Washington University Law School in 1997. His new book, Junk Science and the American Criminal Justice System, is now available. 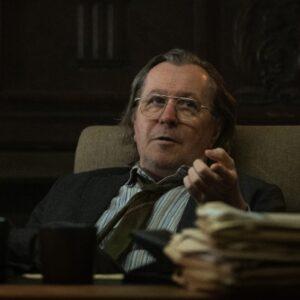 If the key to comedy is timing, the key to subterfuge is, well… also timing. Adapted from Mick Herron’s Jackson Lamb...
© LitHub
Back to top