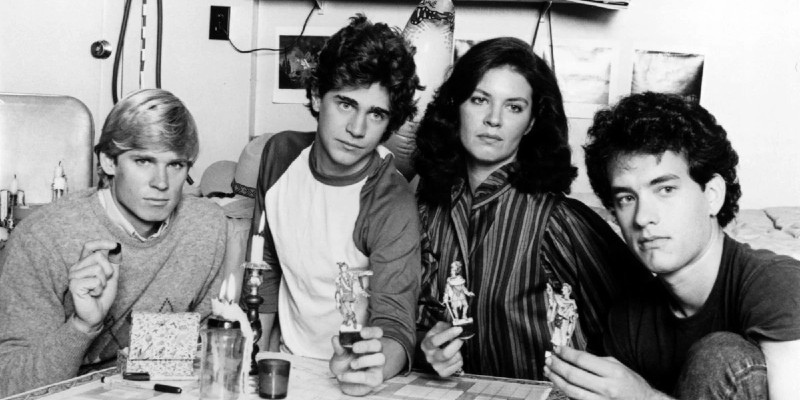 TV movies, breathless news reports, and amateur symbologists all played a part in the panic's mysterious spread through 1980s America.

When Satan finally returned, old Beelzebub came in the form of a smiley-faced, spray-painted figure on the wall of a small country church.

The scene at the church, as reported in The Muncie Evening Press in April 1989, included a pentagram, the goofily drawn devil himself and a one-legged baby doll with some red substance on it.

Could it be blood? And as Dana Carvey’s Church Lady used to say on “Saturday Night Live,” could it be … Satan?

I can forgive my old newspaper employer and the reporter who provided the breathless coverage of what a police officer believed he had stumbled across: evidence of Satan worship.

That’s because the “Satanic Panic” of the 1980s was a real thing that got a lot of attention and gripped some people in fear.

Heck, even Tom Hanks got in on the act.

While so-called “witch hunts” took place over hundreds of years of history and in many countries, it was a missing college student who enjoyed the Dungeons & Dragons roleplaying game and reports of ritual child abuse that ignited the panic of the 1980s.

The beginnings of the panic

James Dallas Egbert III was a prodigy who began attending Michigan State University when he was 16. He was 17 when he left his dorm room in August 1979. He spent some time in the university’s underground steam tunnel system, perhaps thinking he would go there to kill himself.

Right about the same time, my friends and I were exploring the steam tunnels under the university we were attending. The steam tunnels – what amounted to underground hallways that carried pipes with steam from the coal-fired heating plant to buildings around campus – sounded exotic until you saw them: they were drab hallways with pipes overhead, like we’d seen in dozens of movies and TV shows.

Up in Michigan, Egbert had left a suicide note in his dorm room. He went missing for a few weeks until contacting a private investigator, William Dear, working for his parents. He went back home but left again and died of a self-inflicted gunshot wound a year after his initial disappearance.

Egbert was a fan of Dungeons & Dragons, a bit of personal history that was reportedly widely in news coverage of his disappearance and death. In 1984, investigator Dear wrote a book, “The Dungeon Master: The Disappearance of James Dallas Egbert III,” that played up the theory that Egbert did play or at least intended to play D&D in the steam tunnels.

In 1980, around the time of Egbert’s tragic death, a book, “Michelle Remembers,” purported to recount the story of Michelle Smith, who said she remembered childhood sexual abuse involving Satanic rituals.

Not long after that, a Los Angeles-area pre-school founded by a woman named Virginia McMartin, became the center of allegations of ritual sexual abuse by staff. Court cases stemming from the allegations took place through much of the 1980s.

In the McMartin case, all 208 child abuse charges filed against four teachers were eventually dropped or proven unfounded in court. No conclusive link between Egbert’s death and D&D was ever established. “Michelle Remembers” was discredited along with recovered memory therapy, the method used to bring Michelle Smith’s memories back to her.

The Satanic Panic itself was discredited, right?

But novelist Rona Jaffe published “Mazes and Monsters” in 1981 and the book, along with a 1982 TV movie featuring Tom Hanks in a fictionalized version of the James Dallas Egbert III story, became a hit.

The TV movie version – titled “Rona Jaffe’s Mazes and Monsters” – started out with a trenchcoat-wearing reporter blindly accepting the theory of a cop – played by Murray Hamilton, the mayor from “Jaws” – that a young person’s death could be attributed to getting too wrapped up in a roleplaying game. And we were off to the races.

Hanks is the new kid at Grant University and he’s immediately recruited by a group that plays Mazes & Monsters, a roleplaying game that’s an obvious take on Dungeons & Dragons. The only problem: his history with the game at his previous school and the disappearance of his older brother. The leader of the group, played by Chris Makepeace, is a troubled young man whose suicidal ideation is a warning flag that others don’t recognize.

The kids take their twice-weekly game of Mazes and Monsters off the card table and into some handily-enough nearby caverns, while wearing costumes. (By the way, the steam tunnels I knew were utilitarian hallways and not the mysterious and atmospheric caves from the movie.)

Hanks’ character’s journey takes him to New York, where he battles a monstrous creature – in reality just your garden-variety mugger in a foggy alley – and makes his way to the top of the World Trade Center. It’s a location that is particularly cringey in retrospect.

Before the final credits, tragedy strikes but the characters eventually, as Faith said in the “Buffy the Vampire Slayer” series, come to “hug and cry and learn and grow.”

(Another TV show, “Community,” did a much better job of capturing the spirit of role-playing tabletop games with its now-infamous “Advanced Dungeons & Dragons” episode, which is no longer available for streaming because of an unfortunate scene in which a character’s face is painted to play a creature. The episode itself calls attention to this “hate crime.”)

It’s too easy to blame one book and one TV movie for perpetuating the Satanic Panic, particularly the TV movie, which didn’t do well in the ratings, ranking 35th for the week, well below not only “60 Minutes” and the Super Bowl but “Laverne and Shirley” and “CHiPs.”

But the book and movie almost certainly kept the idea of “dangerous” and “satanic” activities among young people in the public consciousness.

The news spreads the fear

In 1980, consumer products maker Proctor & Gamble was hit by Satanic Panic rumors that its century-old corporate logo – a face in a crescent moon looking at a field of 13 stars – was a sign of support for Satan. The company denied the allegations and filed lawsuits to try to discourage the story’s spread. A group of churchgoing, anti-rock-music brothers from Minnesota had spread the story, Atlas Obscura recounted in a 2017 piece.

“Satanism. Is it just a phrase the kids are going through or is it a serious threat? Will it go away by itself or will it gain momentum?” So read the opening paragraph of a story in a Utah newspaper in August 1985. The article went on to include subheads including “Crime link,” “Stems from rock music,” “Vacant houses vandalized,” “Not Church of Satan,” “Games not harmless,” “Punk rock” and “Mental illness.”

“Most teens who became involved with Satan worship only dabble in it,” a 1989 article in a Pennsylvania newspaper read. “They are mostly enthralled by the symbols, the clothing and the heavy metal music.”

In South Carolina in 1988, an “expert” was advising school counselors that satanism was a growing problem characterized by animal sacrifice, grave robbing, drug use and sexual abuse. The expert said reports of grave robbing were real.

Stein “interviewed” Satan, who fondly recalled how people thought messages from him could be found on Beatles albums. “I got a lot of publicity out of that,” Satan said.

It’s possible no well-known figure did more to spread the Satanic Panic than Geraldo Rivera, then an NBC host and correspondent. He claimed that more than a million Satanists formed a “highly organized, very secretive network” across the United States, according to the Religious Tolerance organization website.

“When I listened to heavy metal, images would go through my head,” one teenager who was interviewed said. “I could see me hurting someone, torturing people.”

Rivera predicted that within 18 months, teenagers involved in satanism would be “as epidemic as drugs were a decade ago … These kids are going to the heart of darkness.”

What brought the Satanic Panic under control?

Virginia Commonwealth University has published “Cults That Never Were: The Satanic Ritual Abuse Scare,” that details the history and evidence of the “moral panic” that climaxed in the 1980s.

“Through media involvement and growing panic among concerned citizens, the ‘Satanic cult panic’ grew into a North American pandemic,” the university’s post notes. “By the mid-1990s, skepticism grew concerning the realities of these allegations and the rumors were eventually proven false.”

The exoneration of some people who had been charged, a 1994 “60 Minutes” piece on “false/recovered memories,” a 1995 apology from Geraldo Rivera and a 1995 HBO documentary on the McMartin case helped the public become more skeptical of the idea of a network of child-killing Satan worshipers.

“Virtually no evidence was ever discovered to support the allegations of satanic cult activity,” the VCU post said.

Despite that, Aja Romano wrote in Vox in March 2021 that the satanic panic never ended and was instead “alive and well” in politics-infused cults like QAnon.

And recent and modern-day hoaxes like 2016 social media-spread rumors of killer clowns – a story I wrote about at the time with the headline “Police: Clowns are not coming to kill you” – prove one thing:

The public has never met a rumor, scare or hoax it wasn’t willing to embrace.

Keith Roysdon is a regular contributor to CrimeReads and other news and pop culture sites. His crime novel “Seven Angels” won the 2021 Hugh Holton Award for Best Unpublished Novel from Mystery Writers of America Midwest Chapter. He wonders why anyone wants to live where it snows, even though he does. 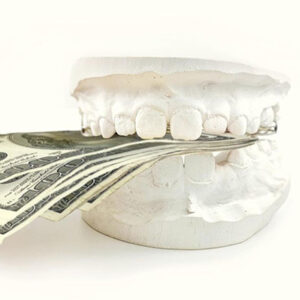 That there are two systems of justice in America, one for the wealthy, one for the poor, is hardly a novel observation. But that...
© LitHub
Back to top