The New Wave of Destination Thrillers

Swanky spas and private islands are the new manor houses when it comes to locked room mysteries.

An isolated chateau, a remote health spa, an off-grid hunting lodge or private island. In a destination thriller, no-one can hear you scream—except, of course, the others who happen to be trapped there too.

It’s a classic crime format reworked for the age of air miles: the current vogue in fiction for far-flung “luxe-spense” turns the trip of a lifetime into a gilded locked room. Part-Christie, part Conde Nast Traveller and a firm favorite among readers even before the pandemic put a stop to our wanderlust, destination thrillers have offered plenty of much-needed escapism over the past year too.

The best ones are perfectly pitched at the point where aspiration and Schadenfreude intersect, as one per cent characters unused to discomfort or hardship—often to compromise or empathy, either—are forced to reckon with themselves and each other against a backdrop of white sands and turquoise sea, safari parks and ski slopes. Lucy Foley is a master of the art— both The Hunting Party and The Guest List are about elite gatherings at the wild outer reaches of the UK and Ireland—while Sarah Pearse’s The Sanatorium is set in a ritzy alpine hotel in Switzerland.

My novel The Wedding Night (out 1 June) takes place at a lavish south of France venue booked for a marriage that has been called off at the very last minute. When the bridal party arrives—determined still to take the trip in the face of their lost refund—they find the empty chateau dressed and eerily ready for the ceremony. And when the bride wakes the next morning, she discovers the aftermath of a reception she thought she’d cancelled.

Not only that, the ancient chateau is littered with signs and threats. Someone, it seems, is intent on exposing the secrets each guest has tried their best to bury—one of which has the potential to ruin more than just the holiday.

This, of course, is the delicious inevitability lurking at the heart of even the most jet-set thriller. No matter how far you fly or how long your drive—however much you are willing to pay for the privilege of being undisturbed—there is another item of baggage that you check in, store in the overhead locker and pick up from the carousel along with your suitcase. Whether a guilty conscience, a niggling memory or the angsty pull of a mistake made long ago, the one thing you can never leave behind is yourself.

Who hasn’t lain on a sun-bed mentally itemizing every single aspect of lifestyle improvement and self-care they intend to instigate once home? Holidays are a chance for recharging and renewal; in a destination thriller, they become an opportunity to admit to and absolve oneself of the past, too.

That’s why in The Sanatorium detective-on-hiatus Elin Warner is beset by self-doubt and memories of childhood trauma even as she works to stop a high-altitude campaign of violence. It’s why the attendees at Foley’s high-net-worth off-shore wedding in The Guest List all feel a degree of complicity in the murder, whether the victim died by their hand or not; why the group in The Hunting Party are still nurturing college-era grudges.

It’s why The Wild Girls of Phoebe Morgan’s novel of the same name stalk each other around the 5-star safari resort in a way that recalls the deadly animals beyond its perimeter. It’s what makes the premise of Catherine Cooper’s The Chalet, which blends après-ski with an unsolved murder, and of Karen Hamilton’s The Ex-Husband, who goes missing during a Caribbean cruise (out in August), so tantalizing. The drive of the luxe-spense novel is to strip away the glamour and decadence of the location and reveal what’s rotten at the core.

The drive of the luxe-spense novel is to strip away the glamour and decadence of the location and reveal what’s rotten at the core.

That’s why in The Wedding Night I created a malevolent presence in Provencal paradise that would force the university friends to come to terms with the actions and experiences that have changed them in the years since they first met. The locked room format slowly removes the layers they have all built up to obscure their most vulnerable selves. A secluded rural villa originally selected for its remoteness becomes increasingly claustrophobic as the gang grows more and more suspicious.

In this sort of suspense novel, the landscape often functions as a character in its own right, its purpose to reflect an atmosphere back at the players. In The Guest List, the cliffs and rutted headland of the Connemara coast wrong-foot and reveal as much as the guests themselves; The Wild Girls’ once-intimate dynamic is, after years of mistrust, as arid as the lethal plains of Botswana that hold them captive. My characters in The Wedding Night are constantly surrounded by the pervading lavender scent of the nearby fields and the jangling of crickets at dusk, a romance that jars with the hostility building within the chateau.

The use of location to create dislocation is nothing new. Shakespeare set Othello in Venice because its position at the edge of the familiar world represented a proximity to barbarism, and the ease with which it might take hold. Emily Bronte’s desolate moorland in Wuthering Heights foreshadows the brutality to come, while Conrad’s Heart of Darkness questions the link between place and morality—whether the trappings of civilization exert a civilizing force on human nature.

Agatha Christie’s And Then There Were None might be the most famous destination thriller but, rather than pick a stark and unforgiving foreign landscape for her guilty victims, she revels in the cosily familiar to hammer home each of their casual cruelties. Just as she—and JB Priestly in the locked dining room of his play “An Inspector Calls”—assert that no-one can hide their misdeeds behind wealth, modern destination thriller writers suggest that the one per cent cannot outrun them either.

Catherine Steadman’s Something in the Water is built around this premise—a destination thriller at its outset, as a honeymooning couple find a bag of cash floating off Bora Bora, it becomes apparent on their return home that the novel’s locked room is not in fact the island resort but their marriage, now founded on secrets. In fact, it is the location services on a mobile phone that threatens to undo their whole plan.

GPS has a lot to answer for in the rising popularity of jetset thrillers such as those I’ve mentioned here. In an ever more connected world, how can a writer create a locked room without somebody’s cell going off and ruining the tension? With What’s App and Gmaps, isn’t there always a lifeline and a way out? That’s why authors have had to seek off-grid solutions.

Extreme weather and reception black-spots are a necessary convenience of destination fiction, but their one per cent protagonists will have all too believably signed up to this sort of voluntary comms blackout. We increasingly prize those very same off-grid conditions above anything else, because in the digital age privacy has become a commodity. Just witness the tech billionaires buying up remote, apocalypse-proof properties in New Zealand—now there’s a set-up for a great destination thriller.

Ultimately these books attempt to highlight an age-old moral: that, no matter how much one attempts to remove oneself from the world, one’s every action has an effect on somebody else—and in a thriller, this is usually what drives the plot. In The Wedding Night, the chateau’s azure swimming pool is a focal point because of what it symbolizes: the ripple effect. To update John Donne for today’s global elite, no man is an island—even if he owns one. 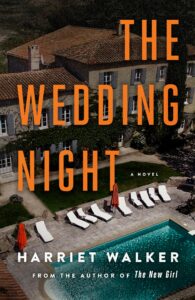 Harriet Walker is the author of The New Girl and a journalist at The Times (UK). The Wedding Night is published on 1 June. 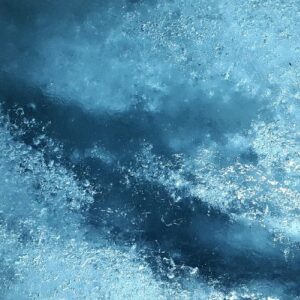 Throughout most of our evolution, from when life began, death and the possibility of an afterlife weren’t conceptions on the table...
© LitHub
Back to top