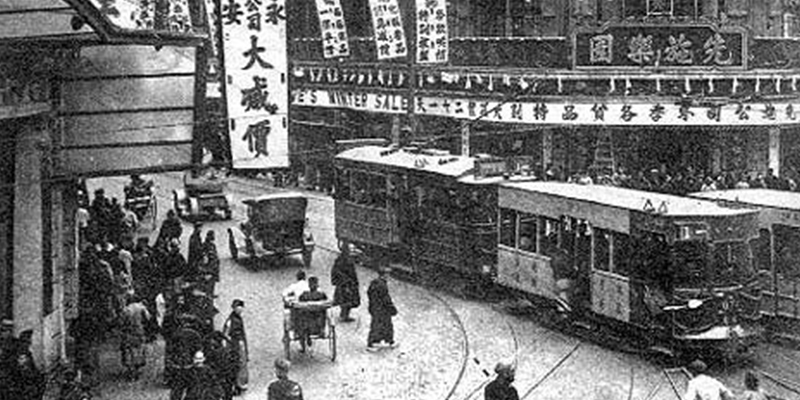 The first Chinese proto-mysteries—that is, mysteries who some but not all of the elements of modern mystery fiction—were the “gong’an” (“court case”) stories. Told in the form of oral performances and puppetry shows, the gong’an began appearing during the Northern Song Dynasty (960-1127). Gong’an traditionally featured incorruptible government officials solving criminal cases and bringing about justice to the guilty and restoration to those who were wronged. Later, during the Ming Dynasty (1368-1644), gong’an plays and novels were among the most popular generic forms of Chinese literature, but they declined in popularity during the early years of the Qing Dynasty (1644-1912). However, they experienced a resurgence in popularity in the 19th century, when they were combined with the “wuxia” (martial arts) genre to create novels which were both mysteries and martial arts action-adventure stories.

Near the end of the 19th century an influx of Western detective and mystery fiction changed how the Chinese viewed mysteries. In 1896 translations of Arthur Conan Doyle’s Sherlock Holmes stories began to appear in the Shanghai newspaper Shiwubao. The stories were immediately popular, and over the next twenty years hundreds of English-language detective and mystery stories were translated and printed in Chinese newspapers and magazines. Scholars have estimated that of the approximately 1000 translations of Western fiction published between 1896 and 1911, at least half were translations of detective stories. The Holmes stories were the most popular and well-respected of the translated detective stories, so much so that an expensive 1916 collection of forty-four Holmes stories was reprinted twenty times through 1936.

Publications of translated Western detective stories slackened during the 1910s thanks to the turmoil and unrest following the 1911 Xinhai Revolution, but picked up again during the 1920s. What followed during the 1920s, 1930s, and 1940s is described by critics as the “golden age” of Chinese detective fiction, with a number of famous Chinese detective writers emerging and publishing their best work during those decades. Many of these stories were closely based on Western models, from Arthur Conan Doyle’s Sherlock Holmes stores to Dashiell Hammett’s Nick and Nora Charles stories to Raymond Chandler’s Philip Marlowe stories, but each imitation detective was made Chinese, and therefore new, in character, methods, milieu, and plots.

These detective and mystery stories are classified by Chinese literary critics as belonging to the “Mandarin Duck and Butterfly School” (“yuanyang hudie pai”), a label which in the 1910s was applied to classic love stories but in the 1920s was applied by intellectuals in a pejorative way to attack a wide variety of popular fiction. These intellectuals were the elite of the May 4th Movement, which was a national protest movement against the weak Chinese government and the traditional Chinese culture it represented and in favor of anti-imperialism, modernization, cosmopolitanism, and Chinese patriotism. The May 4th Movement intellectuals, who were interested in literature only if it could establish a new Chinese culture reliant on science and democracy, and were stridently against escapist literature, described Butterfly literature, including mysteries and detective stories, as “emotional,” “sentimental,” “depraved,” and “outdated,” condemnations that the writers of detective and mystery stories worked hard to disprove, though without much success.

The foremost of the Butterfly mystery writers was Cheng Xiaoqing (1893-1976)—foremost in popularity and foremost in skill. Cheng got his start in the early 1910s by translating Sherlock Holmes stories, but merely translating the stories wasn’t enough for him, and in 1914 he began writing his own mysteries. That year he published “Forest of Happiness,” the first story in the Huo Sang series. Dozens of stories and novels about Huo Sang followed over the next thirty-five years. Huo Sang, who Cheng billed as “the Oriental Sherlock Holmes,” was in some ways a Holmes pastiche, but Huo Sang took on a life of his own once Cheng began concentrating on the Huo Sang stories in earnest in 1919.

Huo Sang has a Watson, Bao Lang, and in most of the important ways is Sherlock Holmes, but there are some crucial differences between them. Huo Sang is a science teacher, rather than purely a consulting detective. He is less human than Holmes, being free of weaknesses like cocaine addictions or any attraction to women like Irene Adler. He is markedly less confident than Holmes and is more notably Chinese, being the epitome of the “modern” Chinese man of the years before the 1949 Revolution. Bao Lang, for his part, is even dimmer than Watson, but also has many moments of moral questioning; he is much more of a moral arbiter with regards to Huo Sang than Watson is for Holmes. Bao Lang is also an excellent boxer, serving in some ways as Huo Sang’s muscle. Huo Sang’s Lestrade is Zhong De, a police detective who disapproves of Huo Sang’s western ways.

Huo Sang is active primarily in Shanghai and the outlying delta towns; he lives at No. 77 Aiwen Road with a recurring loyal servant and cook. Huo Sang is very well-known, both in Shanghai proper and across China. (He is described in the stories as China’s “only private detective”). He has various enemies, like Hairy Lion and his Five Blessings Gang, who return, again and again, defeated but not destroyed at the end of every story. He has a contact with the underworld, one Jiangnan Yan, the “Swallow of the South,” who functions variously as an informant, an enemy, or a guardian angel. And he has a repeating cast of colleagues and irritants on the local police force. Huo Sang is, like Holmes, well-informed on a variety of subjects, from technology to criminology. Finally, he is very Westernized, dressing in Western-style suits and ties, packing guns, smoking cigarettes and wearing a brimmed felt hat.

The Huo Sang stories were immensely successful for Cheng and set the form and the standard for Chinese Sherlock Holmes-style characters in the 1920s, 1930s and 1940s. Huo Sang became the emblematic, even paradigmatic, fictional Chinese detective. The success of the Huo Sang mysteries, and especially Huo Sang’s Westernized ways, even propelled Cheng into the center of one of the most important debates in Chinese society in the pre-1949 Revolution years: how much should China be influenced by the success of the West? Should China attempt to modernize and become like the West, or should China hold on to its traditional ways? Cheng’s stories made it clear that he was on the side of modernization and Westernizing, which earned him enemies among the May Fourth Movement intellectuals who were already opposed to mystery fiction. Cheng would end up being denounced in the 1950s by some of those same intellectuals.

Sun Liaohong (1897-1958) was, like Cheng, a translator, but where Cheng translated Sherlock Holmes stories, Sun translated Maurice LeBlanc’s stories about the gentleman thief Arsène Lupin. In 1923 Sun published his first mystery story, about the Lupin-like gentleman-burglar Lu Ping, who Sun described as “the Oriental Lupin.” The Lu Ping stories were fewer in number than the Huo Sang stories until 1937, when Sun began an accelerated writing and publishing schedule of Lu Ping stories that lasted until 1949.

Like Huo Sang, Lu Ping began as a pastiche but was created skillfully enough and was popular enough that he took on a life of his own, transcending the limits of pastiche and becoming a notable character in his own right. Lu Ping is a master thief located in the same Shanghai that Huo Sang operates in. Lu is nonchalant about everything. He whistles while he burgles, he mutters wisecracks and asides to the reader in a snappy, hard-boiled-influenced patois, and he disguises himself in any of a dozen identities. Lu is owed favors from the vast Shanghai underground and from men and women in every walk of life.

The police rarely if ever pose Lu any difficulty; he’s just too damn good at wriggling out of dilemmas and difficulties. Though charming, Lu lacks Arsène Lupin’s sense of honor and chivalric righteousness and steals only to relieve his own poverty. On occasion, however, Lu performs pieces of detection and crime-solving. Mostly his time is spent in a duel with “Lu Lung,” a Holmesian “Great Detective” character who is known as “the Oriental Sherlock Holmes.” These stories usually though not always end with Lu Ping’s victory and his mockery of other detectives.

The writers of detective fiction during China’s Golden Age believed in their stories and in the detective genre as a whole not just as entertainment but as a powerful tool for educating the masses and as a way to promote modernity to those masses. The May Fourth Movement intellectuals scorned these detective stories (and all genre fiction) as “traditional” and “classical”—both scornful, damning words for the Movement intellectuals—but even a cursory examination of these detective stories, especially the Huo Sang stories, shows how badly wrong the Movement intellectuals were. The May Fourth Movement’s ethos was actually the same as the detective stories’ ethos: vernacular language reform, the modernization of China, the liberation of women, the pursuit of science and democracy, and the improvement of industrialized urban life. Unfortunately, the mystery writers were eventually marginalized in a cultural power play carried out by leftist May Fourth Movement writers who later became high-ranking members of the Chinese Communist Party.

After the 1949 Revolution, crime and detective fiction declined in the People’s Republic of China, eventually ceasing to appear in the early 1960s. Cheng Xiaoqing and Sun Liahong stopped writing Huo Sang and Lu Ping stories and stuck to ideologically correct novels before finally ceasing to write altogether. The mystery genre was labeled “bourgeois crime fiction” and was replaced by “fante xiaoshuo” (“anti-spy novels”), which took certain crime-solving techniques from detective fiction and featured them in novels in which the masses help Chinese policemen unmask Kuomintang spies hidden in the new Communist China and expose their conspiracies. It would not be until the 1990s that Cheng Xiaoqing and Sun Liahong and their stories would be rediscovered.

In the 21st century mystery and detective fiction is a flourishing genre in China. Although governmental censors prevent Chinese mysteries from being politically subversive or portraying explicit sex or violence, Chinese mystery authors are nonetheless able to express themselves freely on most other subjects, so that even among the bestselling mysteries one can find stories about police corruption or novels which question the moral environment of China, and most Chinese mysteries show little differences from their American counterparts.

Jess Nevins is the author of the Encyclopedia of Fantastic Victoriana, the Encyclopedia of Pulp Heroes, and Horror Fiction in the 20th Century, among many other works on genre fiction. By day he is a reference librarian at a college in suburban Houston. 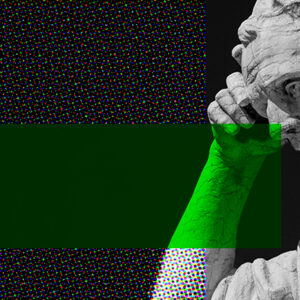 See if you agree: Genre fiction guarantees a beginning, a middle, and an end. The word “genre” is a kind of shorthand...
© LitHub
Back to top