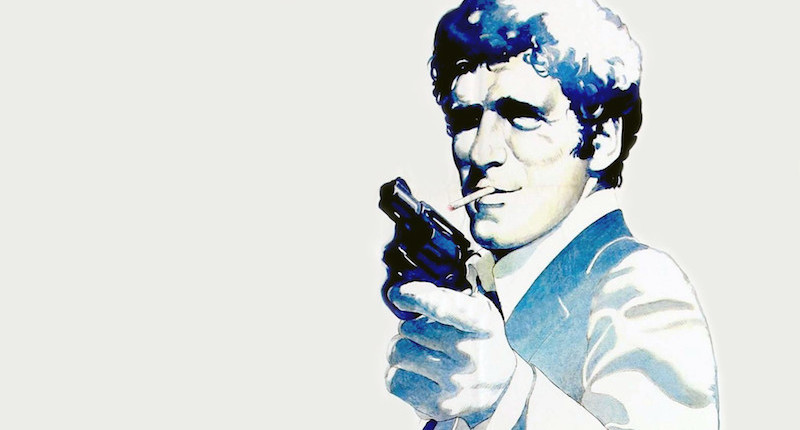 The Master of the Unexpected Simile, In His Own Words

Through the whole of his career Raymond Chandler would claim that he was “a man with no home.” In fact, he had two and was never to find a true balance between them.

Born in America, over-educated in England, then back to the US. Sounds simple enough but that would be to underestimate the influence of the English public school system, which—in those days, certainly—marked its pupils for life. The school was Dulwich—which could boast such varied alumni as P.G. Wodehouse and William Henry Pratt (Boris Karloff). Chandler was a brilliant student and excellent in the classics, Latin and Greek. He also became proficient in modern languages, such as French and German. He left marked as an ‘intellectual’ for life—something which left him with mixed emotions to which he never fully adjusted. Although in later years he would say “I don’t think education ever did me any great harm.” Or was that a typical Chandler use of irony?

Oxford or Cambridge would have been an obvious and easy progression, except that the uncle who had been funding his education up to that point felt it was time young Chandler went out and got himself a job.

Finding a career in the Civil Service unsatisfying—even though he had passed out third in a field of over six hundred—and having done his bit in the first “war to end all wars,” he and his mother returned to the US, ending up in California. The state and the city, Los Angeles, that would become his mistress for life.

There was one problem: “I arrived in 1919 with a public school accent, no practical gifts for earning a living, and a contempt for the natives which,’ am sorry to say, has in some measure persisted to this day.”

He did find well-paying work in business. He also found a good friend in alcohol and before long the latter put paid to the former. That was the bad news. The good news was that he met and married a woman who was twenty years his senior—and stayed happily married to her for the next 30 years.

One day in 1932—since they had nothing better to do—they took a drive up the coast. Stopping at a drug store for something to read, he picked up a copy of a pulp magazine called Black Mask. Despite his intellectual pretensions, it struck him immediately that “some of the writing was pretty forceful and honest.” He decided he’d try and see what he could do with the genre.

The first thing that occurred to him was that “I had to learn American like a foreign language.” (Other non-American writers like Joseph Conrad, Vladimir Nabokov and Tom Stoppard had similar experiences and, since they could view it objectively, did remarkable things with it.) He also discovered that “There is no greater mistake than to think that we and the English speak the same language.” In that he was echoing Oscar Wilde’s observation that the two nations were “divided by a common language”

To his surprise—and relief—he found that “American is a fluid language like Shakespearean English and easily takes in new words and new meanings.” And later: “Thank heaven that when I tried to write fiction I had the sense to do it in a language that was not all steamed up with rhetoric.”

For the next several years he applied his intellect and his gift for languages to this new form and slowly began to make his mark—and sometimes overshoot his mark. In his first published story, “Blackmailers Don’t Shoot,” more people end up dead than in the whole of the rest of his output!

Late in his career he would admit, “When I started out to write fiction I had the great advantage of having absolutely no talent for it… If more than two people were in a scene, I couldn’t keep one of them alive… I couldn’t get a character in or out of a room. I couldn’t even get his hat off… A crowded canvas just bewildered me. Give me two people snotting each other and I’m happy.” And as his alter ego, private eye Philip Marlowe liked to say: “Give me the wisecrack wherever possible.”

Looking at Chandler’s work in retrospect, it seems fair to say that he wasn’t really a “mystery writer”—or not first and foremost. Plots didn’t interest him much. They were just pegs on which to hang characters and language. His plots were not particularly original but that never bothered him. “Very likely Agatha Christie and Rex Stout write better mysteries. But their words don’t get up and walk. Mine do.” And: “I don’t care whether the mystery is fairly obvious but I do care about the people, about this strange, corrupt world we live in and how any man who tries to be honest looks in the end either sentimental or just plain foolish.”

Story construction and the tying up of loose ends never bothered him. When director Howard Hawks was filming The Big Sleep, he cabled Chandler: “Who killed the chauffeur?” Chandler cabled back: “No idea.”

When he himself collaborated with the young Billy Wilder on what was Chandler’s first Hollywood film, Double Indemnity, Wilder observed that “Chandler was a dilettante. He did not like the structure of a screenplay… He was a mess but he could write a beautiful sentence. ‘There is nothing as empty as an empty swimming pool.’ That is a great line.” He would later give his moody one-time partner credit for being “one of the greatest creative minds I’ve ever encountered.”

It was Chandler’s words, and the way they walked off the page and into the reader’s memory, that set him apart from his contemporaries. “To learn (American) I had to study and analyze it. As a result, when I use slang, colloquialism, snide talk or any kind of offbeat language, I do it deliberately. And when I split an infinitive, God damn it, I split it so it will STAY split!”

It would seem that a classical education might be rather a poor basis for writing novels in a hard-boiled vernacular. I happen to think otherwise. A classical education saves you from being fooled by pretentiousness, which is what most current fiction is too full of. If I hadn’t grown up with Latin and Greek, I doubt if I should know so well where to draw the very subtle line between what I call the vernacular style and what I should call an illiterate of faux naïf style.

Then the snobbery of the English public school boy in him emerges:

As a mystery writer I think I am a bit of an anomaly, since most mystery writers of the American school are only semi-literate, and I am not only literate but intellectual, much as I dislike the term.

Chandler wrote with his English tongue in his American cheek. For example:

I wouldn’t say she looked exactly wistful, but neither did she look as hard to get as a controlling interest in General Motors.

Chandler was quietly proud that “I think I rather invented the trick of extravagant similes,” though in later years he was prepared to admit that “on the other hand I did run the similes into the ground.”

I left her with her virtue intact, but it was quite a struggle. She nearly won.

The dollar went into his pocket with a sound like caterpillars fighting.

Fuzz grew out of his ears far enough to catch a moth.

He looked poor enough to be honest.

One of those moustaches that get stuck under your finger nail.

A garage as easy to drive into as an olive bottle.

He had beautiful teeth but they hadn’t grown in his mouth.

He had a heart as big as one of Mae West’s hips.

The purring voice was now as false as an usherette’s eyelashes and as slippery as a watermelon seed.

I was about as much use as a hummingbird’s spare egg would have been.

He looked as unobtrusive as a tarantula on a slice of angel food cake.

But on balance the “good burlesque” easily won over the “bad.” You have to admire someone who can have Marlowe say to a client: “Never the time and the place and the loved one all together,” I said. “Browning. The poet—not the automatic.”

But Chandler’s language wasn’t merely vivid—the pulps never came up short on that score. It was vivid and ironic, in a unique way that contemporaries like Dashiell Hammett or James M.Cain failed to achieve.

Chandler himself had some sense of his own achievement,

What greater prestige can a man like me (not too greatly gifted, but very understanding) have than to have taken a cheap, shoddy and utterly lost kind of writing, and have made of it something that intellectuals claw each other about?

The last years of Chandler’s life were the lost years. After his wife died he lived “a posthumous life” with the bottle his principal companion. He continued to write but now only letters, to anyone and everyone. Many of them to people he scarcely knew. “The conversations of a lonely man”, as someone put it. “I have lived my whole life,” he wrote, “on the edge of nothing.”

But when he died in 1959 his obituary in the London Times concluded, “In working the common vein of crime fiction he mined the gold of literature.”

They were right. And 60 years later, we’re still reading Raymond Chandler—I don’t think you can call that “nothing.”

Barry Day was born in England and received his M.A. from Balliol College, Oxford. Day has written about Dorothy Parker, Oscar Wilde, Johnny Mercer, P. G. Wodehouse, and Rodgers and Hart. He has written and produced plays and musical revues showcasing the work of Noël Coward, the Lunts, Oscar Wilde, and others. Day is a Fellow of the Royal Society of Arts and a Trustee of the Noël Coward Foundation and was awarded by Queen Elizabeth the Order of the British Empire for services to British culture in the U.S. He lives in New York, London, and Palm Beach.