E.A. Aymar on the Noir at the Bar Reading Series

It felt surprisingly intimate standing among strangers while a writer read us a short story about finding a dismembered penis. This was in Baltimore, home to both John Waters and David Simon, thus making it the rare city where a story about a dismembered penis makes sense. Still, it was an unexpected place to find intimacy—at a local edition of the international crime-themed series Noir at the Bar, surrounded by disheveled writers I’d never met in person, listening to story after story detailing dark crimes or desperate, damned criminals.

I hadn’t known what to expect. Noir at the Bars had been happening since Peter Rozovsky of Detectives Beyond Borders first introduced the concept in 2008, but I’d never been to one, and I was eager to check it out. So on a snowy Sunday night in 2014, months after my first novel I’ll Sleep When You’re Dead had been published and a week after my only child had been born, I drove from my home in Washington, DC to nearby Baltimore.

I walked into a loud, crowded bar full of crime fiction writers and fans. The writers knew each other well. In between readings, they told stories of past events, talked wistfully about writers who weren’t there, and traded friendly jabs when they passed the mic to each other. I’d attended readings, but they’d always been rather stoic. This was decidedly not stoic. Did I mention the missing penis?

I’ve since hosted my own Noir at the Bar readings—DC had never had one, and writers Steve Weddle and Nik Korpon, who hosts the Baltimore series, helped me plan the district’s first. A friend recommended her favorite bar, the Wonderland Ballroom, and they let us use their upstairs room for free—a huge space with a stage, bar, and AV equipment. I created an event page on Facebook, released press releases, tweeted tweets and, in the fall of 2014, hosted DC’s inaugural Noir at the Bar. The crowd was modest, maybe 20 people, but enthusiastic. The stories were alternately funny or chilling, often violent, but never amateurish. We did another the next year, a third in 2016. And in two years, that modest crowd of 20 had surged to standing room only.

I’ve thought a lot about what makes these events so special, why they mean so much to the writers and the audience. It’s a mix of reasons, but much of it has to do with the crime fiction community. The camaraderie is different than what I’ve felt at other readings. Everybody who takes that stage has lovingly read and written crime fiction. We’re celebrating a storied tradition, and it’s a tradition we hope to further. In that sense, it’s not unusual for Noir at the Bar organizers to reach out to each other for advice or to trade ideas, or to check in with Peter Rozovsky to make sure we’re doing justice to his original vision.

At our events, there’s a thrilling contrast in styles and in the mix of newer writers reading alongside veterans like Lawrence Block, Megan Abbott, James Grady, and Walter Mosley. I’ve seen the short fiction specialist Art Taylor read a chilling story that left the room hushed. Rising southern star Eryk Pruitt had us laughing throughout his reading. Jen Conley shared a wrenching story from her celebrated crime fiction collection, Cannibals, and Angel Colon revels in the delightfully profane. Chilling, funny, wrenching, and delightfully profane—these are the key elements of a good Noir at the Bar.

So some of it is the community, and some of it has to do with the types of stories being told. But it’s also storytelling in the primal sense of the word. Rather than the tired recital style that characterizes so many readings, these stories become a shared experience, in the same fashion that an exciting live music performance ties musicians to their fans.

For Washington, DC the music analogy is very apt: it may be surprising to some, but DC was a hotbed of punk in the 1980s. And even today, despite the district’s socially conservative nature, that anti-establishment yearning still exists. This is a city controlled by a scornful federal government; where the motto “Taxation without Representation” is practically taught in schools; where the long-term residents are besieged by tourists and transients; where the voices of its citizens are constantly ignored; where the crime is sometimes so heavy it’s numbing. There’s a defiance here, a palpable anger, an urge to rise and shout. And the concept of noir literature, with its subversive embrace of counterculture, bleeds into that. We may not be screaming like they did in the 80s but, as we stand on the stage and celebrate the writing that led us here, our voices still carry.

E.A. Aymar's latest novel is You’re As Good As Dead. He writes a monthly column for the Washington Independent Review of Books, and is the Managing Editor of The Thrill Begins (for the International Thriller Writers). E.A. Aymar is also involved in a collaboration with DJ Alkimist, a NY and DC-based DJ, where his stories are set to her music. For more information about that project, visit www.eaalkimist.com. 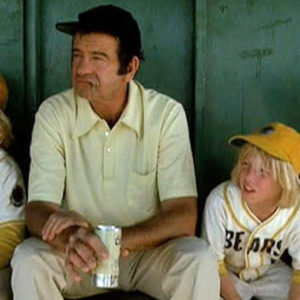 Outside of my writerly pursuits, I spend much of my free time coaching sports, an activity that might strike some as utterly...
© LitHub
Back to top