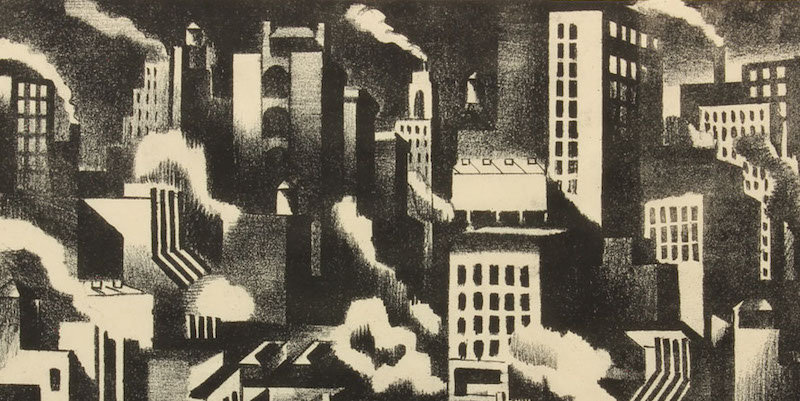 A Dissection of Perplexity in Kafka's Queerest Masterpiece

Not all crimes spawn corpses or murderers. Some leave dead souls killed by enduring, relentless, soul-killing metaphysical perplexity, the kind that reason cannot fight. The kind that wipes out people and nations in a generation or two. Stalin was its most gifted twentieth-century practitioner, a master at creating mass perplexity to exercise unfettered power. His tin pot wannabes seem to be legion today, here and elsewhere.

Kafka dissected perplexity all his life. Or rather, vivisected it, given that he operated on bodies, not on abstractions. The latter were crudely deduced after his death by scholars and interpreters hell-bent on conjuring a general theory of Kafka. I am told their books fill an immense room in Borges’ Library of Babel, where Kafka’s own writings fit into a tiny corner of a top shelf.

Kafka dissected perplexity all his life. Or rather, vivisected it, given that he operated on bodies, not on abstractions.

Amerika (The Missing Person), Kafka’s first and unfinished novel (1911-1914), is not only a masterful vivisection of perplexity as a criminal enterprise. Set, it seems, in the America of the robber baron era, it is also the funniest and the queerest of all of Kafka’s novels. There is, right from the start, a recurrence of embarrassing hand holding and intimate sweaty, smelly bodily contact among males here, generally involving Karl Rossman, the 16-year old innocent whose American passage the book records.

Karl has been banished to America by (this being Kafka) his tyrannical Bohemian father after a twitchy 35-year old housemaid rapes him and then, in an inverted nineteenth century tradition, becomes pregnant. Young Karl has no idea of what happened to him in her bed.

Unlike K, The Castle’s antihero, Karl Rossman not only has a full name but, as Walter Benjamin astutely remarked, he is an “entirely un-mysterious, transparent, pure figure.” Had Benjamin pushed this line of reasoning a little further, he might have noticed that Karl’s transparency and purity flow from his un-gendered quality. Karl is an Edenic child. The snake has not yet reared its spoiler head. Little Karl’s animal body has automatically responded to something the (to him, as to any small child) repulsive housemaid did under the bed covers, but his brain cannot fathom it. This is simple and not mysterious at all. Karl is an open book.

What Karl has in abundance is an inordinate sense of duty, order, and cleanliness. He’s a very obedient and tidy baby. Yet, if cornered, he can fight for his life. As the book unfolds, his survivor skills develop, though this is no coming of age tale.

What’s unchangeable despite his American school of hard knocks, and all evidence to the contrary, is Karl’s conviction that if he behaves honorably the world will be kinder to him. In that sense, he hasn’t learned anything by the time Kafka abruptly exits the story. Would Karl have turned one day into a vengeful figure, like those boys who constantly burst into high schools and machine gun everyone inside? Or, given his unwarranted faith in honor and justice, into a righteous avenger, an American Michael Kohlhaas? We can only imagine.

While Karl is definitely un-gendered, everyone else in this book is, at the very least, only nominally gendered. Including those paragons of uber-maleness as Karl’s nemesis, the abusive Delamarche, and Karl’s rich American uncle. And that epitome of femaleness, the massive Brunilda. That’s not just because Kafka playfully soaked his story in all kinds of nineteenth century-style ambiguities, both physical and sentimental, but also because slapstick and Grand Guignol infuse the text. And no one and nothing is anything but nominal under their larger-than-life rules. How all of these layers happen simultaneously but not in unison is one of the great joys of reading this book.

Article continues after advertisement
Another joy, of course, if we can call it that, is observing Kafka indict criminal Amerika.

Another joy, of course, if we can call it that, is observing Kafka indict criminal Amerika. More a rewrite of Candide than of David Copperfield, in spite of what Kafka himself said, the book drops its innocent hero, an involuntary immigrant, into the brutal heart of greed, the take-no-prisoners capitalism emblematic of America in European eyes. An America curiously recalling in its perplexing automaton aspects–though not in size, heft, wealth—its polar opposite: the skewed city of Robert Walser’s Jakob von Gunten. Frenzy vs. stasis. Unbridled utopia of progress vs. rancid conservatism.

And while Candide encountered many enemies and only a handful of helpful souls, the saddest moments in Amerika are not when Karl is so viciously abused and enslaved that he decides to change his name to “Negro,” but when the helpful souls attempting to aid him are disappointed in him by some trick of fate. So, this reader dreaded every moment of hope, every kind gesture towards the hapless child, mourning the outcome in advance.

Because here we see the wages of perplexity. Karl is a project, as all children are. His sense of being is tied to obedience and trustworthiness, two qualities that are worthless, if not outright dangerous, in his new world. Everywhere he goes, things are deliberately made to seem something other than what they are. Not just for him, but for all the inhabitants of the vast continent-country, the United States of America. That does not seem to faze the natives, by birth or immigration, like Karl’s fabulously wealthy and fat uncle. They accept the unwritten rules of the sand-shifting game and navigate, prosper or sink, meekly, it seems. As everywhere in Kafka’s universe, American or otherwise. After a particularly vile incident, Karl suddenly thinks: “It’s almost nighttime. If I stay any longer, I’ll become one of them.” He’s referring to his tormentors of the day, but also to both his new and his old worlds.

Shortly after that, hungry, penniless, and in rags, he’s taken up by the Nature Theater of Oklahama (not a typo), a mammoth, disconcerting enterprise that bills itself as the largest theater in the world, and guarantees that anyone who applies will get a job doing something or other. Karl is recruited as “Negro, technician” and allowed to eat as much as he wants at a banquet table along with hundreds of other grateful and enthusiastic recruits prepared to obscure, perplex, and entertain.

After two days and two nights on the Theater’s train, with Nature dangerously close, even menacing, he finally has a glimpse of where he has landed. “Only then did Karl come to understand the vastness of America.” These are Kafka’s last words in Amerika. I choose to think they’re lastingly hopeful.

Ana Simo is the author of a dozen plays, a short feature film, and countless articles. A New Yorker most of her life, she was born and raised in Cuba. Forced to leave the island during the political/homophobic witch-hunts of the late 1960s, she first immigrated to France, where she studied with Roland Barthes and participated in early women’s and gay/lesbian rights groups. In New York next, she co-founded Medusa’s Revenge theatre, the direct action group the Lesbian Avengers, the national cable program Dyke TV, and the groundbreaking The Gully online magazine, offering queer views on everything. Heartland is her first novel. 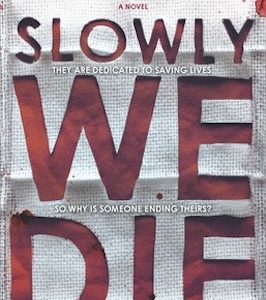 Prosecutor Jana Berzelius sat on one of the chairs in the broadcast studio with her legs crossed. She was waiting for her turn...
© LitHub
Back to top