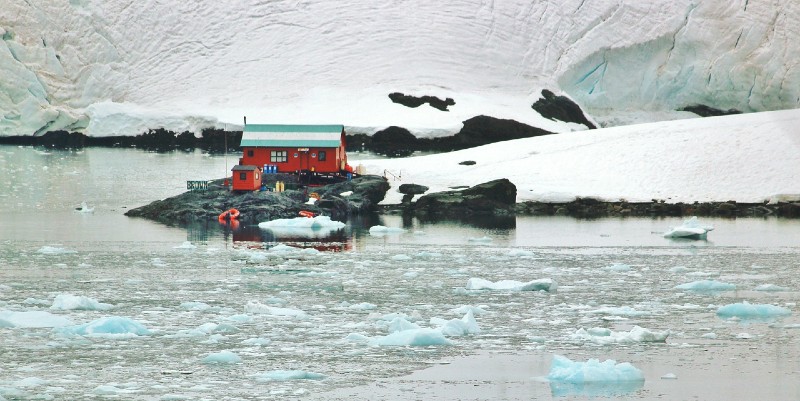 "Crime and the City" visits a vast, frozen land full of competitive researchers cut off from civilization.

From the top of the world to the bottom. Last time we visited the Arctic, the North Pole, and so, in the interests of planetary equilibrium, it’s now time for the Antarctic, the South Pole. Of course, the Arctic is a virtual bustling metropolis compared to the far scantier population of the South Pole – barely four thousand cold souls live in the 5.4 million square miles of Antarctica.

To get a sense of the isolation of Antarctica perhaps Jon McGregor’s Lean Fall Stand (2021) is a good place to start. The men of an Antarctic field station at the South Pole start to find things going seriously wrong. Robert “Doc” Wright, a veteran of Antarctic field work, holds the clues to what happened, but he is no longer able to communicate with them. The first third of the novel is all set in Antarctica and is by far the best and most atmospheric section of the book – a good tee-up to more Antarctic crime.

Emma Haughton’s page turner The Dark (2021) is also super atmospheric and this time is set in a UN research station in Antarctica. Former A&E doctor Kate North (the British A&E being the ER in America) has suffered a personal tragedy and so takes a job at the station replacing the previous doctor, a Frenchman who died in an “accident” while out on the ice. As total darkness descends for the Antarctic winter Kate suspects foul play at the South Pole and that her predecessor’s death may not have been accidental.

More research station mystery (research stations, invariably with their communication down and cut off, are a major sub-genre of both Arctic and Antarctic crime writing) in James Tabor’s Frozen Solid (2013). This time set at the South Pole’s Amundsen Scott Research Station. Winter temperatures average a hundred degrees below zero; week-long hurricane-force storms rage; while for eight months at a time the station is shrouded in darkness. A polar scientist dies mysteriously just as Centers for Disease Control and Prevention (CDC) microbiologist Hallie Leland arrives to complete her crucial research. But before she can begin, three more women inexplicably die. Winter’s coming in, contact with the outside world is lost, Hallie must find the killer.

Frankly, in case you’re considering it as a career choice, you should know that being a polar scientist (which pole doesn’t really matter) is a super-dangerous occupation. If the freezing cold and extreme loneliness doesn’t get you, it seems that a murderer will. And so Simon Beaufort’s South Pole thriller The Killing Ship (2017). A group of Antarctic scientists find themselves hunted down by hostile intruders (see, super-dangerous job!!). Having spent the summer conducting fieldwork on stark Livingston Island (actually a part of the South Shetlands Archipelago), marine biologist Andrew Berrister and his small group of scientists discover that they are not alone on the island. A gang of illegal whalers, they think, but also something perhaps more dangerous and murderous.

Talking of whalers in the Antarctic, Ann Turner’s Out of the Ice (2017) features environmental scientist Laura Alvarado visiting a remote Antarctic island to report on an abandoned whaling station. She finds ghosts and stories everywhere – ghosts of Antarctica, of Nantucket, of Norway in this sharp psychological thriller.

Julian Sancton’s Madhouse at the End of the Earth: The Belgica’s Journey into the Dark Antarctic Night (2021) is a great true story about Antarctic induced madness. In 1897 the Belgica became stuck fast in the ice of the Bellinghausen Sea (just to the west of Antarctic Peninsula), condemning the ship’s crew to overwintering in Antarctica and months of endless polar night. In the darkness, plagued by a mysterious illness, their minds ravaged by the sound of dozens of rats teeming in the hold, they descended into madness. Sancton recreates the crew’s terrible experiences drawing on their diaries and journals, as well as the ship’s logbook. It might make you think twice about booking that Antarctic cruise….as might the next book too.

A quick mention for an author of the north who’s taken a quick trip to the south. You’ll remember the prolific writer of novels set in the Arctic and Greenland, Christopher Petersen, from the Crime and the City on the North Pole. Well, he’s also taken a literary trip down to the Antarctic in Whale Heart (2020 and the fifth book in his Greenland Crime series). Retired Constable David Maratse and Greenland police Sergeant Petra Jensen are invited as guests on a cruise ship in the southern hemisphere but find themselves embroiled in a foreign plot to destabilise the Greenland government. They become isolated at sea and Maratse’s only advantage is his understanding of ice – North Pole ice/South Pole ice – it’s all ice apparently. You could read Whale Heart as a stand-alone novel, but the whole series is good so perhaps go back to the start and switch poles.

And finally, something different, though still set firmly in the Antarctic – Greg Rucka and Steve Lieber’s Whiteout Compendium (2017 and containing four comic books), an acclaimed series of graphic novels. Rucka does the word, Lieber the pictures. The books feature Carrie Stetko, a US Marshal tasked with enforcing the law in Antarctica at McMurdo Station in the South Pole (the United States Antarctic research station on the south tip of Ross Island). All the Carrie Stetko stories are mysteries though there’s quite a lot of Bond-style action. In one story despite Article I of the Antarctic Treaty prohibiting any military use of the continent, the Russians are suspected of using their base as a weapons cache and Carrie’s bosses want her to see if she can find anything out.

Every winter Crime and the City takes a little excursion from the murderous streets and criminal-infested boulevards of the world’s metropolises to take a little holiday somewhere wintry (see Crime and the City on the Scottish Highlands, or perhaps our trip to Alaska). It was to be hoped that visiting the poles would be a calming experience, a way to reconnect with nature and the wildest, least populated areas of our planet. Instead all we found were murdered polar scientists and snow-maddened sailors. It’s kinda crazy – both at the top and the bottom of the world!! 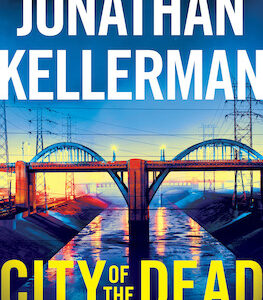 Four fifty-three in the morning was too early for anything. Alfie had said so to Donny back when it was four eighteen and they...
© LitHub
Back to top