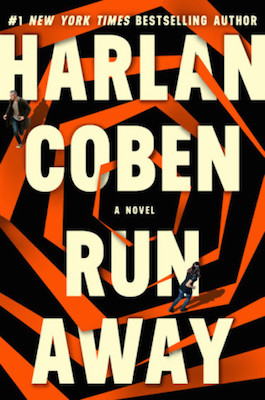 The following is an exclusive excerpt from Run Away, the latest standalone thriller from the internationally celebrated Harlan Coben. Here, a wealthy father discusses his adopted son’s disappearance with Chicago PI, Elena Ramirez.

Elena was used to this skepticism bordering on shock.

“In the flesh,” she said. “Perhaps too much of it, am I right?” The client—Sebastian Thorpe III—openly studied her in a way he would never openly study a man. That wasn’t being sensitive or any of that. It was just a fact. Everything about Thorpe stank of money—the “III” at the end of his name, the hand-tailored pinstripe suit, the rich-boy-ruddy complexion, the slicked-back ’80s Wall Street hair, the sterling bull-and-bear cuff links.

Thorpe kept staring at her with what someone must have told him was his most withering glare.

Elena said, “Want to check my teeth?” She opened her mouth wide.

Thorpe’s office was decorated in Early American Douchebag, all white and chrome with a zebra-skin throw rug in the center as if he might strike a pose on it. All show, no work. He stood across a white desk large enough to garage a Honda Odyssey. There was one framed picture on the desk—a too-posed wedding photograph of a tuxedoed Thorpe wearing a shit-eating grin standing next to a firm-bodied young blonde who probably called herself a “fitness model” on Instagram.

“It’s just that you come highly recommended,” Thorpe said by way of explanation.

Meaning he expected something a little more polished for his money—not a pudgy Mexican barely five feet tall in mom jeans and practical shoes. These guys heard her name and expected Penélope Cruz or a lithe flamenco dancer, not someone who resembled the summer help at their beach house.

“And the most expensive, so let’s get to it, shall we? I understand your son is missing.”

Thorpe lifted his cell phone, tapped it, spun the screen toward her. “This is Henry. My son. He’s twenty-four years old.”

In the image, Henry was dressed in a blue polo shirt and gave an awkward smile, the kind where you’re trying but it’s just not in you. Elena leaned forward for a closer look, but the desk separating them was too wide. They both stepped toward a window that offered a killer view of the Chicago River and downtown.

“How long has he been missing?” she asked. “Three days.”

“Did you report it to the police?”

“They were very polite. They listened to me, took a report, put Henry in the system or whatever, just because of who I am . . .”

He was white, Elena thought, and with money. That was all. That was enough.

“The day he went missing.”

“What did the text say?”

Thorpe tapped the phone some more and handed it to her. Elena took it and read:

Heading west with a few friends. Back in two weeks.

“You showed this to the police?” Elena asked.

“And they still took a report?”

Elena tried to imagine the reaction if a black or Hispanic father came in to report a missing son and showed them a text like that. He’d get laughed out of the station.

“Henry has been in some trouble with the law.”

“What kind of trouble?”

“Has he served time?”

“No. Nothing really serious. He got community service. A sealed juvie record. You understand.”

“Has Henry disappeared before?”

Thorpe stared at the window.

“He’s run off before, if that’s what you mean.”

“Yes. But this is different.”

A sad smile came to his face. “Used to be great. Best buds.”

He tapped his chin with his forefinger. “Our relationship has been strained of late.”

Elena picked up the framed photograph from the desk. “This Abby?”

“Yes. I know what you’re thinking.”

He grabbed away the frame. “I don’t need you to judge me.”

“I’m not judging you. I’m judging Abby. And my judgment is, she’s smoking hot.”

Thorpe frowned. “Maybe calling you was a mistake.”

“Maybe, but let’s recap what we know about your son Henry. One, he sent you a text saying he was traveling west for two weeks with some friends. Two, he’s disappeared before—several times, in fact. Three, he’s been arrested on a variety of drugs charges. Anything I’m missing? Oh, right, four, he resents your relationship with Abby, who looks to be about his age.”

Thorpe deflated right in front of her eyes. “I didn’t think you’d take me seriously.” He waved his hand dismissively. “You can go.”

“You’re clearly worried about him,” Elena said. “My question is: Why?”

“It doesn’t matter. I’m not hiring you.”

Elena nodded. “He didn’t send you a text message telling you he was disappearing. He would just run off.”

“The police didn’t think so either.”

Thorpe rubbed his face with his hands. She could see now that he hadn’t slept in a while, that the cheeks were ruddy but the skin around the eyes was too pale, drained of color.

Article continues after advertisement
Thorpe rubbed his face with his hands. She could see now that he hadn’t slept in a while, that the cheeks were ruddy but the skin around the eyes was too pale, drained of color.

“Thank you for your time, Miss Ramirez. I won’t be needing your services.”

“I took the liberty of doing a little digging before I arrived.”

That got his attention. “What do you mean?”

“You said your son sent you a text from his phone.”

“Before I got here, I pinged that phone.”

Thorpe narrowed his eyes. “What does that mean exactly? ‘Pinged’?”

“Truth? I don’t have a clue. But the shorthand is, I got a genius tech guy named Lou. Lou can send a ping—whatever that is—to a cell phone, and the cell phone pings back its location.”

“So you could see where Henry is?”

“And you did that already?”

“That’s just it,” Elena said. “There was no answer to our ping.”

Thorpe blinked several times. “I don’t understand. Are you saying his phone should have . . . pinged you back?”

“That’s a common misconception. Turning your phone off does not turn off the GPS.”

“So anyone can track you anytime?”

“In theory the police need a warrant and probable cause to get your service provider to do it.”

Elena did not reply.

Thorpe nodded slowly. “I see,” he said. “So what does it mean—that you couldn’t get his phone to ping?”

“Could be a lot of things. Could be something completely innocent. Maybe Henry figured you’d hire someone like me so he changed phones.”

Elena shrugged again. “Fifty-fifty—maybe more—that there is a rational explanation for all this and Henry is fine.”

“But you still think I should hire you?”

“You buy burglary insurance, even though there is maybe half of one percent chance your home will be robbed.”

“I figure I’m worth the peace of mind, if nothing else.”

Thorpe played with his phone and brought up a picture of his younger self holding an infant in his arms. “Gretchen . . . that’s my first wife . . . she and I couldn’t have kids. We tried everything. Hormones, surgeries, three rounds of IVF. Then we adopted Henry.”

There was a smile on his face now, albeit a wistful one.

“Where is Gretchen now?”

“She died ten years ago, when Henry had just started high school. It was hard on him. I tried my best. I really did. I could see he was slipping away. I took a sabbatical from work to spend more time with him. But the tighter I held on to him . . .”

“The more he pulled away,” Elena said.

When Thorpe looked up, his eyes were moist. “I don’t know why I’m telling you this.”

“Background. I need to hear it all.”

“Anyway, I know how this all sounds. That’s why I asked Gerald to find me the best private investigator in Chicago. You see, Miss Ramirez, despite the drugs, despite that text, despite his issues with Abby, I know my son. And I have a bad feeling about this. Simple as that. Something feels very wrong. Does that make sense?”

From RUN AWAY. Used with the permission of the publisher, Grand Central Publishing. Copyright © 2019 by Harlan Coben. 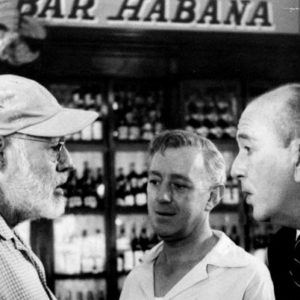