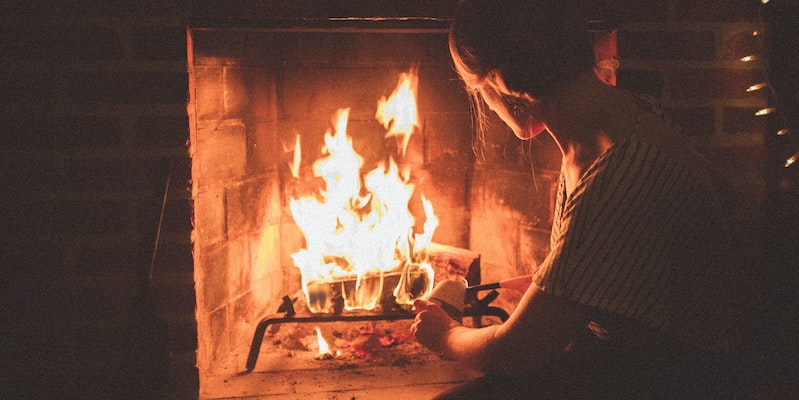 For me, every good book begins with its characters. Even with crime fiction, where a gripping and twist-filled plot is essential. And even with Cozy Crime, where the bucolic settings and rootedness in place add so much to the genre. When I reflect on the books I have loved or that have changed me as a writer, years after I read them, it’s always the characters I remember most vividly. It’s the characters who drew me in to those thrilling plots, and intricately conceived worlds, and made me care about them.

My own new cozy crime book, Murder at the Castle, is the second in my series of Iris Grey mysteries. And although Scotland (and Italy) both play a significant part in the novel, it is portrait painter and amateur sleuth Iris who remains the beating heart of the story. I conceived the character of Iris after meeting a renowned portrait artist in Sussex, whom my parents had commissioned to paint them both. Later, this same artist painted a portrait of my eldest daughter. In all three cases, I felt she captured a profound truth about her subjects. That she had seen—and revealed on canvas—something about each member of my family that they themselves were not even aware of consciously. It was that ‘uncovering’ that seeing beneath, that struck me as a great qualitative for a detective, and inspired me to bring Iris to life.

Setting this second Iris book in Scotland was partly a nostalgic thing for me. I spent two happy summers in Banffshire as a child, at my Aunt and Uncle’s beautiful, wild estate there. The Scottish landscape and climate, and even the architecture, certainly lend themselves to the cozy, settle-in-by-the-fire feeling that I hope to inspire in my readers.

With this list of my top three ‘new tartan cozies,’ I have tried to focus in those two key elements. Memorable characters, first and foremost. But also that unique, wild yet warm ambience that a Scottish setting naturally provides. 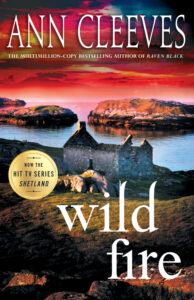 I’ll be honest and say that I first discovered Cleeves’ fantastically gripping ‘Shetland’ stories from the (equally brilliant) TV adaptation of her books, starring Douglas Henshall as the broodingly sexy D.I Jimmy Perez. I highly recommend the TV series as well as the books; although the rugged, wild, isolated beauty of the Shetland islands vibrates even more strongly through Cleeves’ writing than it does on screen.

Again, though, it’s the complex and sympathetic character of Perez that keeps bringing me back to these novels. In this eighth and final book of the series, a young nanny is found hanged in a barn at her employers’ remote home on the island, following a rumored affair with the husband. Perez must sift his way through a family’s most deeply hidden secrets and visceral resentments—the deadly ‘fire’ of betrayal. But the stakes of the investigation are also high for Jimmy’s own personal relationships, and he, too, risks being burned as he unravels the mystery. 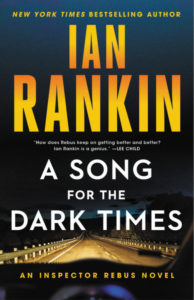 Ian Rankin, A Song for the Dark Times

Incredibly, this is the twenty-third novel in Rankin’s iconic Rebus series, featuring the eponymous murder squad detective. Set in Edinburgh, Rankin’s books have a gritty, urban feel that’s the antithesis to Cleeves’ bucolic crofts and moors in the Shetland series. Yet both sets of novels are as Scottish as haggis and neeps, and both writers are masters at characterization, with Edinburgh crime boss Cafferty often just as much of a draw to readers as Rebus himself.

In this latest book, Rebus is offered a chance to atone for his sins as a father when his daughter’s husband goes missing, and she finds herself the prime suspect in his disappearance. The push and pull between Rebus as ‘detective’ and as ‘dad’ lend a uniquely personal twist to this thriller. 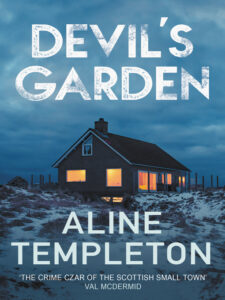 You will definitely need a strong glass of Drambuie, your warmest slippers and a roaring fire to make the most of Aline Templeton’s latest cozy. DCI Kelso Strang is sent to a tiny rural Borders town in Devil’s Garden. Ostensibly to investigate allegations of police corruption, although things soon become far more dark and deadly than Strang could have imagined. Violent snow storms mirror the chaos of a community torn from within. It doesn’t get much more Scottish, cozy or character driven than this. 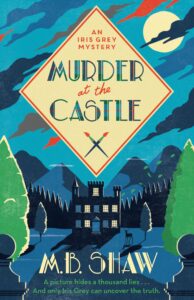 M.B Shaw is the pen-name of New York Times bestselling writer Tilly Bagshawe. A teenage single mother at 17, Tilly won a place at Cambridge University and took her baby daughter with her. She went on to enjoy a successful career before becoming a writer. As a journalist, Tilly contributed regularly to the Sunday Times, Daily Mail, and Evening Standard, before turning her hand to novels. Tilly's first book, ADORED, was a smash hit on both sides of the Atlantic, becoming an instant New York Times and Sunday Times bestseller. She now divides her time between the UK and America, writing her own books and the new series of Sidney Sheldon novels. 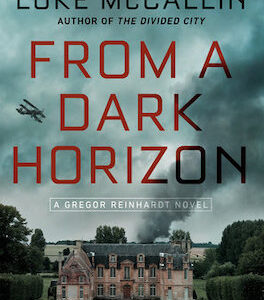 Reinhardt led Gelhaus back to the Méricourt farmhouse. The captain peered in and around, muttering as he crouched to one knee...
© LitHub
Back to top