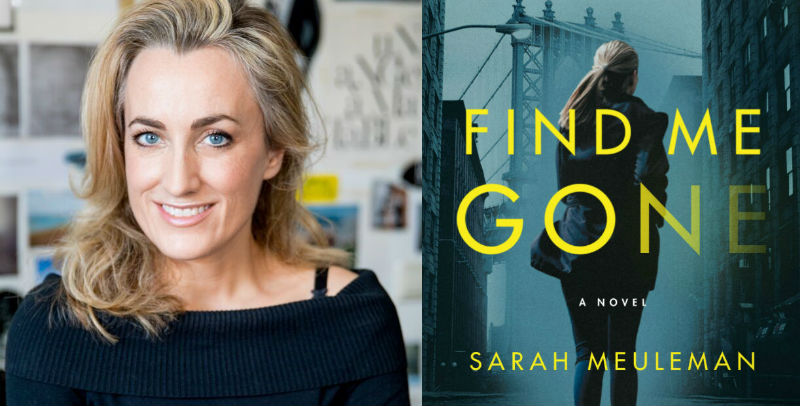 The Belgian Author on Her Fascination with Disappearances

In Belgian reporter Sarah Meuleman’s debut novel, a woman goes missing. Ten, actually. The disappearances happen on three levels: first, there are the six girls kidnapped in the 1990s by the murderer and pedophile Marc Dutroux. The story threw Belgium into a state of panic and shock. Meuleman’s protagonist, Hannah, starts high school the year Dutroux gets caught, but she’s not thinking about him much. She’s too excited about her new school, her new boyfriend, her new life. She feels untouchable—until her best friend, Sophie, disappears.

Years later, Hannah lives in New York, where she’s just quit a glamorous Carrie Bradshaw-style columnist job to write a biography of three female authors who disappeared: Agatha Christie, Barbara Follett, and Virginia Woolf. But the more she writes, the more she thinks about Sophie. Soon, Hannah is haunted by her old friend, unable to work. She needs to go back to Belgium and track Sophie down.

I spoke with Sarah Meuleman via email about best friends, disappearances, and the specter of violence. Like Hannah herself, she ranged through a wide variety of cultural worlds, invoking Agatha Christie, Nabokov, and the Kardashians.

Lily Meyer: What are your most powerful memories of adolescent friendship, and how did they inform Hannah and Sophie’s relationship?

Sarah Meuleman: Like Hannah and Sophie, I attended a Belgian Catholic girls’ school and wore a dark green uniform. It was a strange affair to be living in a very modern society, singing all the Madonna and No Doubt pop songs, and at the same time being so separated from boys most of the time. The way that pupils divided themselves into pairs, in close friendships that bordered on romantic relationships, was something I have personally experienced and had never really read about. I wanted to describe that special sort of attachment in this novel.

LM: What was the first seed of Find Me Gone? Did it begin with the girls’ friendship, the idea of Hannah’s book, or something entirely different?

SM: First, there was the friendship. Two very different girls, finding each other, being close as young children can be, with a complete trust and confidence in each other. Then one of them begins falling in love. What happens next? It feels so unfair to Sophie, who relies for her safety on her best friend.

LM: Then where did Hannah’s book come from? How did you weave the novel’s sections—Hannah’s past and present, and the three writers’ lives—together?

SM: I find it interesting how easily we are shaped and inspired by the lives and stories of people we have never even met. We presume to know artists and celebrities through watching them on TV or reading about them. Hannah looks for guidance in the lives of these famous writers, wanting to solve something in her own past through the stories and ideas of Agatha Christie, Barbara Follett and Virginia Woolf. I wanted to weave the lives of these writers through Hannah’s life, which meant that the writers became characters in my book.

LM: Have you ever wanted to write a book about Christie, Follett, and Woolf yourself?

I think we look to discover things about ourselves, or even change them, through other people’s stories.

SM: I’m very fascinated by disappearances and this will probably not be my last book about a person who vanishes. However, I would never want to write a biography, like Hannah does. For me, the most important aspect of writing about other writers isn’t the biographical facts, but the question: what do we look for in ourselves when we take the time to dive into the lives of others? Why are we so fascinated by the Kardashians? Why do we take the time to read any biography? I think we look to discover things about ourselves, or even change them, through other people’s stories. Personally, I feel more able to explore this idea in fiction, though I incorporated it in Find Me Gone by bringing Christie, Follett and Woolf back to life.

LM: As a crime writer, what’s your relationship with Agatha Christie’s work?

SM: Agatha Christie is a love affair for me. I started reading at an early age, and when I was about ten and had read all the books in my bedroom, I snuck into my parents’ room to take their books. There I discovered my mother’s Agatha Christies. Christie was my first step from the world of Roald Dahl into adult literature. What a discovery! Perhaps the sneakiness of stealing the book from my parents’ bedroom added to the momentum. My father, by the way, happens to be an avid Stephen King fan, and after reading the Christies, I went straight to King. I’m sure the more gruesome aspects of my books are the responsibility of my father’s reading tastes.

Today, there are still few things that can relax me as much as re-reading one of those Agatha Christies. What I especially admire about Christie is her ability to plot. It’s a very specific art, creating a watertight, convincing, yet surprising plot. In all honesty, it can be a terribly frustrating thing to do. The element of surprise was especially important to me in Find Me Gone. When I read Christie biographies during my research for the book, I could totally identify with her struggles to plant just the right clues, and figure out the right twists and storylines. It’s torture, but of the most rewarding kind.

LM: Before your Agatha disappears, she thinks, “The truth does not matter when she is writing”—is that true for you?

SM: I like it that you say: “your Agatha” because in a way she is mine, and she’s also Hannah’s Agatha. Yes, this is something I truly sense when I’m writing: the truth doesn’t matter. At least, not as long as my fingertips are moving across the keyboard. When I’m behind my laptop, I’m in another universe, my characters are the real characters, and what they experience, I experience. It’s a lie, I know. But the truth, the world outside the writing, the real world, doesn’t matter at that moment. It’s quite an intense state of being. My boyfriend often has to drag me out of the zone and remind me that there’s a real world, with real appointments to keep and real dishes to wash. He summons me to stop, not unlike Archie does for Agatha. Once I’m really into a story, I don’t want to stop.

LM: Find Me Gone is clearly a novel about gender; in nearly every chapter there’s a moment when a character has to choose between conventional femininity and what makes her happy, or when she finds herself forced to submit to a man’s control. In what ways did you set out to explore a particularly female experience?

SM: If you talk about sex, it’s inevitable to talk about gender and power. I deliberately wanted to write about how Hannah and Sophie, two girls in the nineties, find themselves in the middle of a country in turmoil because of a sexual scandal at the exact moment when they begin exploring their own sexuality at the same time. I wanted to show how Hannah and Sophie deal with that sexuality in their individual ways.

LM: Would you say that Find Me Gone is about sexual abuse, or not? What is the difference between writing about abuse and writing about the threat of abuse?

SM: What’s the difference between a woman feeling harassed and a woman being harassed? It’s a terribly complicated and very topical question. To me it’s not about the abuse, it’s all about power versus freedom. I think all of the women in Find Me Gone would love to feel and be free. They are not exclusively limited in their freedom by men; they limit themselves too, as we all do. That’s why it would be a shame to talk about the book only through a gendered lens. To me, the book is not just about women struggling; it’s about people struggling.

LM: You wrote two versions of this novel in Dutch—what were the changes you made, and why did they feel necessary?

SM: The rewriting of the first version was actually a playful plea. Literature is still a bit stiff, I think, compared to the other arts. In music you get constant remixes, in theatre a play is never the same from one series of performances to the next. But literature… You finish a book and that’s it! The book is ready, shelved, the writing set in stone. I wanted to shake that up. So, using all the thoughts and ideas that had been going through my mind after the release of the novel, I created a new version. Maybe it’s just my way of saying that literature can be dynamic and a novel is never finished. Author Vladimir Nabokov rewrote many of his novels and he described the process beautifully. “My pencils,” he said, “will always outlast their erasers.” I hope mine will too. 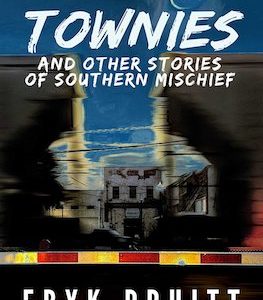 Despite weather warnings, Sam McCarthy woke up early, drank a cup of coffee, then started for his morning walk. He carried...
© LitHub
Back to top