Australian country towns are often poor, isolated and drought-stricken. Even the prosperous ones, gifted by climate and industry, can struggle due to their lack of services, social divisions, and vast distances from neighboring towns.

When I began writing my second novel, And Fire Came Down, I needed a setting that would mirror the story. My battered hero, a deaf PI, has to confront his own dark past, so I wanted something claustrophobic and intense. No surprise, then, that I set it in a country town under threat of bushfire. The surprise came when it won the 2018 Davitt Award for best crime novel from a shortlist that contained—wait for it—four other novels set in a rural town.

From Kenneth Cook’s 1961 Wake In Fright, to Jane Harper’s breakout debut, The Dry, Australian crime writers have been using rural settings for decades, but there’s been a huge surge in recent years. And no wonder. Small towns are like large families, so have all the ingredients of a great crime novel: secrets, history, and the tension that comes from rubbing up against the same people every day. Couple that with economic hardship and evocative scenery and you’re set to go.

With a landmass similar in size to the United States, the Australian landscape is wide and varied. Recent novels have ranged from the red dust roads of Broome in Dave Warner’s Ned Kelly Award-winning Before It Breaks, to the cold and misty Tasmania of Lynne Vincent McCarthy’s dark psychological thriller, Lonely Girl. The books are just as diverse, including anything from unusual crimes (abalone poaching in Jock Serong’s atmospheric Quota); quirky detectives (fish and chip shop owner in Sue Williams’ Rusty Bore series); and torn loyalties (Aoife’s Clifford’s compelling Second Sight).

Here’s a taster of some of the rural crime fiction Australia has to offer. 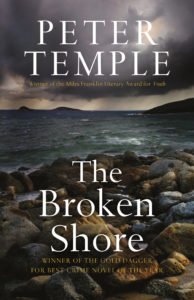 The Broken Shore by Peter Temple

The Broken Shore is one of those rare things—a novel beloved by readers, reviewers and award-givers alike. Told through the eyes of the contemplative and wounded, Detective Joe Cashin, the novel centres on a police investigation into the murder of local landowner with an apparently blameless past. Set in the windswept ‘broken shore’ of western Victoria, Temple uses his customary light touch and biting wit to write about a class system Australia isn’t supposed to have, and the racism we won’t admit to. 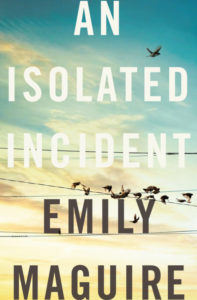 An Isolated Incident by Emily MacGuire

An Isolated Incident is a psychological thriller about the murder of a young woman in the small town of Strathdee. The narration alternates between the victim’s sister, Chris, and a young reporter who arrives in town to report on the case. Faced with an insatiable media, Chris tries to makes sense of her loss and the knowledge that anyone in the close-knit town could be the killer. Lyrically written and offering deep insight into the aftermath of violence, An Isolated Incident, was nominated for numerous awards in Australia and is currently taking the UK by storm. 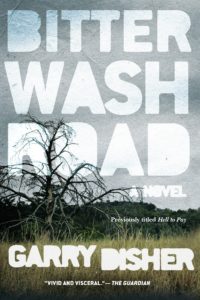 The rural South Australian town of Tiverton is a place of grain silos, dust and struggling farmers. Constable Paul Hirsch, a recently demoted detective, is banished there to see out his days. A despised whistle blower, Hirsch is ostracised by the townspeople and his fellow officers alike. An isolated man in an isolated community. When the body of a local teenage girl is found dumped by the road, Hirsch might just get the chance to redeem himself. Or he might not. Internal affairs are after him, evidence is planted against him, and a bullet cartridge is left in his letterbox. 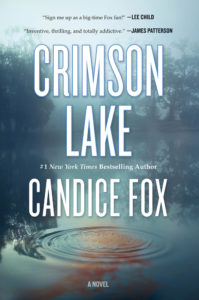 Some readers might know Fox from her co-writing turns with James Patterson, but she’s also written a number of solo books. Shortlisted for the Ned Kelly and Sisters in Crime Davitt Awards, Crimson Lake is the first novel in a series. It follows the exploits of former detective Ted Conkaffey, who holes up in the far north Queensland town of Crimson Lake after being wrongly accused of the abduction and rape of a young girl. The town is hot, humid, and crocodiles lurk in nearby swamps. Conkaffey teams up with Amanda Pharrell, a PI with with a penchant for rhyming, who spent ten years in prison for killing friend. Together, they investigate the disappearance of a local writer. Crimson Lake is often laugh out loud funny, but the thing that makes the novel is the relationship between the damaged and very different Conkaffey and Pharrell. 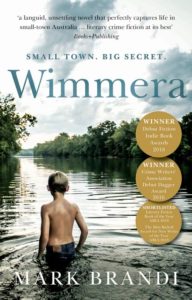 Moody and evocative, Wimmera has won multiple awards, including the CWA’s Award for unpublished manuscript. Set in Victoria’s dusty wheat belt, Wimmera is unusual in Australian crime fiction, in that it’s set in a real town—Stawell. It begins with the discovery of a long-hidden body and follows the story of childhood friends Fab and Ben. Their apparently idyllic childhood of yabbying and playing cricket has undercurrents of darkness and things quickly get worse when a newcomer befriends one of the boys. Spanning twenty years, Wimmera is about untold secrets and the hold our past can have on us.

This all makes rural Australia seem like a dark and dangerous place, and I don’t want the tourism board after me, so I should probably add that Australia is a wonderful place to visit. You’ll find more great crime fiction, a laid-back welcome and stunning scenery. Oh, and some of the deadliest wildlife in the world. 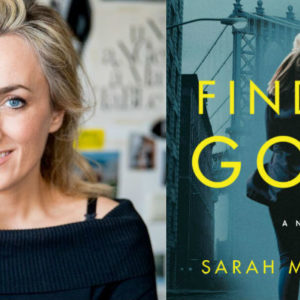