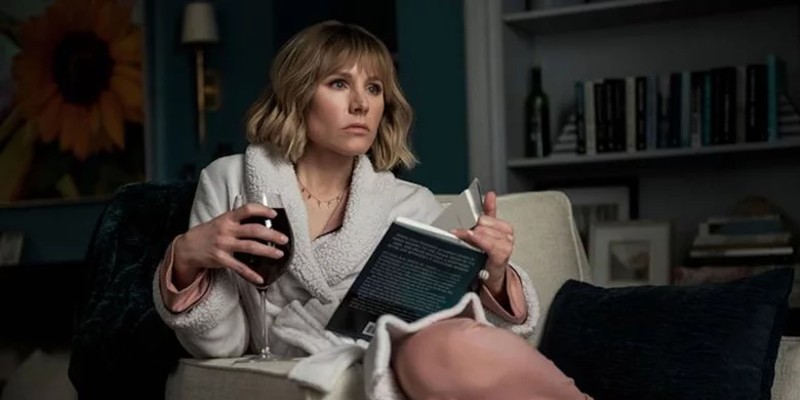 The new show has viewers asking: "What the hell am I watching?"

Back in 2011, Saturday Night Live spoofed the Lifetime network’s original movies with a game show for suburban moms of troubled teens called “What’s Wrong with Tanya?” When the host comments that “Mary-Jo-Beth Jo-Jo” from Pleasanttown (Anna Faris) has a perfect life, Mary-Jo-Beth wearily raises a glass of wine and murmurs “Perfect… from the outside.”

What used to be a working formula for Lifetime has now become big bucks for publishing, and many of the elements from the SNL skit—suburban setting, a crime that may or may not have happened, amateur sleuthing, alcoholism—reappeared in Paula Hawkins’ 2015 best-seller The Girl on the Train, followed by several subsequent best-sellers by other authors (The Wife Between Us, A Simple Favor, Then She Was Gone, and of course The Girl in the Window, just to name a few). The set pieces have all come together to form their own subgenre, one without a commonly accepted name, though ‘women’s psychological suspense,’ ‘female psychological thrillers,’ and ‘domestic thrillers’ have all been tried out as handles. They’ve also been lumped together imperfectly as the books with “girl” or “woman” in the title.

The genre has become so inescapable, on screens large and small as well as in bookstores, that a send-up more ambitious than “What’s Wrong with Tanya?” was inevitable, and Netflix did the honors, giving us the eight-episode miniseries The Woman in the House Across the Street from the Girl in the Window, which the description on the streaming service helpfully tells us “clocks in at under four hours.” Kristen Bell plays the main character, embodying several qualities found in the novels of Hawkins and her ilk; protagonist Anna Whitaker is an unreliable narrator (she begins her voice-over in a British accent, dropping it after a few sentences), a heavy drinker, and a woman wrestling with a profound trauma that ended her marriage and gave her an overwhelming fear of the rain. Within a few minutes the series gives us all the information viewers need to identify this story’s proper genre. Anna’s neighborhood of Canterbury Hill is an immaculate slice of suburbia, and it’s also utterly bland. Her large house is flawless in its decor, though neither Anna nor anyone else cleans or maintains it. Anna occupies her time staring out her window while slurping her way to the bottom of comically large glasses of red wine.

All of this could be the framework for a barrage of broad parodies and gags, like the Naked Gun movies or Mel Brooks’ films, but the jokes are doled out sparingly, and often with subtlety (one of my favorite running gags is the handyman, Buell (Cameron Britton), seen in almost every exterior shot installing a mailbox in front of Anna’s house, over the course of several days; we later learn in passing that Buell has been working on that mailbox for over two years). Long stretches pass by of Anna staring out her window at her new neighbors, enforcing the ominous mood, and making it hard to call the show a comedy, or at least a conventional one. What exactly is this show, then, and why would someone want to watch it?

For one thing, when it’s funny it’s VERY funny. Buell and the mailbox isn’t the only running gag; there’s Anna making casseroles then dramatically dropping the Corningware dishes–she goes through three in the first episode alone. When Anna describes the trauma from her past, it’s so insanely over the top that I don’t know how Bell gets the words out with a straight face.

For another, there’s the ‘what the hell am I watching’ aspect. By playing their intentions close to the vest, the writer and director make viewers do a little extra work to figure out what’s coming up. It’s tricky to anticipate the plot twists when one isn’t sure if they’ll go in a silly or sinister direction. Case in point is the strange activity that takes Anna’s handsome neighbor Neil (Tom Riley, who must have been bred in the same lab as Sherlock’s Andrew Scott) away from his house at night. Is it something gruesome, or something wacky—or is it both?

Also, the whole production is very well done. The lighting, incidental music, editing, and costumes are all perfectly in tune with the recent crop of suspense movies. The supporting cast consistently sticks to the same tone of heightened tension while keeping it fairly believable. They’re also all a touch flat as characters, following a genre convention that helps in making everyone look suspicious. And then there’s Kristen Bell. Bell has been perfecting her likeabillity for decades, and she is one thousand percent watchable and appealing throughout this straight-faced weirdness, whether she’s brooding in her silent home or collapsing in shrieking terror as rain suddenly comes down upon her. Bell puts so much genuine effort into her pitch-perfect performance that The Woman in the House almost seems like her audition tape for the next Gillian Flynn film adaptation. Within a few episodes, I was invested in the story and Anna’s determined efforts to uncover a killer. And that’s something that the show does so well that I could see it turning some people off–it plays as an almost straight-up thriller and a parody of the same, and viewers wanting either one or the other might get impatient.

Anna’s social-media sleuthing (another familiar convention) into the deaths surrounding Neil, first of his wife and then of his daughter’s teacher, and the seeming murder of his girlfriend Lisa, come across as fairly plausible, as does the arrival of the police when Neil starts feeling harassed–and Anna starts suspecting herself (she’s an unreliable narrator, remember–and her meds-and-vino diet can’t be helping her hold on reality). But for everything the show does to reassure its audience that this is a legit thriller, there’s a moment like an over-the-top sex scene Anna has with a male stripper suspect that resembles a cross between a softcore music video and a NordicTrac workout, and that takes place in every single room of Anna’s house. Plus dialogue that occasionally offers gems like, “Life is for the living… and so are casseroles.”

Everything builds to an ending that is almost beyond description, so I won’t try, but by the time viewers get there, all the overheated drama has given a fair warning of what’s ahead. The strangest thing about all the craziness in The Woman in the House is that none of it would be that out of place in an actual best-selling domestic thriller. It’s as if director Michael Lehmann and his writers decided to let the genre do the work for them, and the only silly thing about the events in The Woman in the House is how seriously everyone is taking them. If this were reality, someone in this scenario would have burst out laughing. 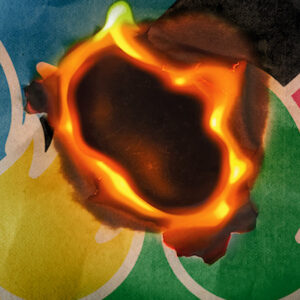 Is it 2022 already? While I’m still holed up at home (as a native-Floridian-turned-New-Yorker, I don’t emerge from my cozy...
© LitHub
Back to top