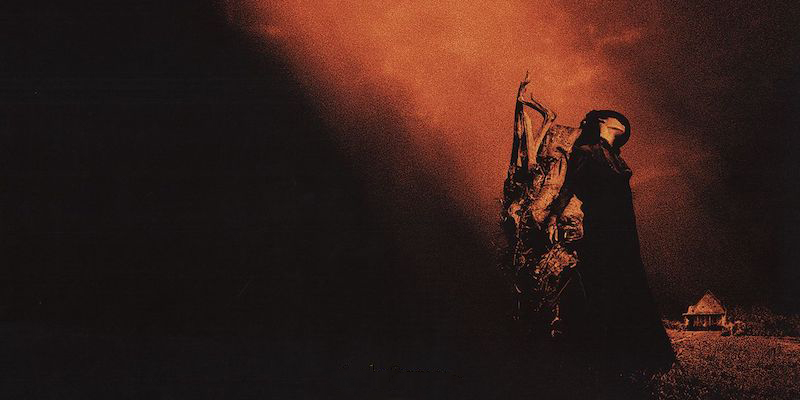 We may not have ruined castles or ancient noble families, but that doesn't mean American Gothic isn't thriving.

Back in college, one of my American Literature professors once argued that the problem with trying to write American gothic fiction is that the country isn’t old enough to have any ruined castles or ancient bloodlines. She had a point, but with ghost stories, you don’t necessarily need ancient history or locales that haven’t changed in hundreds of years. You just need “unfinished business.” A character might die under mysterious circumstances. Foul play is suspected, but the perpetrators are never brought to justice. Or maybe an untimely death stops a character from completing a crucial task or realizing a lifelong goal. In general, something terrible or tragic happens, and the victim of these circumstances suffers so much pain, despair, or outrage that their essence cannot “move on.” A piece of themselves remains—sometimes benign, sometimes dangerous or even murderous.

When a work is labeled a “ghost story,” the reader likely assumes a certain set of tropes—the spectral figure floating through a darkened room or across a foggy landscape; a crumbling, moldy, dank, littered building set on a hill, or on the outskirts of town, or behind a rotting fence; a quirky harbinger of doom who tries to warn the protagonists of the dangers they will soon face; moonlit graveyards; and, perhaps most crucially, a particular history that weighs down the characters with specifically emotional tonnage. Good writers return to tropes like these because they serve as landmarks to orient the reader in the genre—and because, quite simply, they work. Combine these kinds of settings and dramatic situations with an active spectral presence; add an intrepid character or group that hopes to help the spirit cross over and, simultaneously, stop it from wreaking havoc on the living; stir well, and you might have a gripping, plot-driven story.

The “unfinished business” plot, like haunted house and the crumbling tombstone, is a typical yet highly effective device. Study well-written ghost stories with your eye on the plot, and you will likely find the structure of the tales reveals itself: Something awful happens to someone, who dies. Sometime later, their spirit reveals itself to others, peacefully or violently, which leads to the formation of a legend. The tale’s protagonist(s) crosses paths with this specter or its victims. An investigation into the past reveals the nature of the spirit and what it might want, and the main characters either placate it by giving it what it has long sought, or they find some way to force the ghost to move on.

This is, of course, not the only path a ghost plot might follow, but it works. In the stories that critics label “genre fiction,” that plot becomes the main factor in the story. The characters might or might not seem well-drawn and deep, but the plot excites, frightens, tantalizes, thrills.

with ghost stories, you don’t necessarily need ancient history or locales that haven’t changed in hundreds of years. You just need “unfinished business.”

As some readers have pointed out, Herman Melville’s “Bartleby the Scrivener” is, at one level, a kind of ghost story. Bartleby is alive for most of the tale, in which he accepts a job as a scrivener in a New York law office but eventually “prefers not to” work and refuses to leave the premises. But that refusal to leave, even though he has no place in the daily existence of the office, echoes typical ghost-story plots. At one point, the narrator describes Bartleby as “mildly cadaverous,” but more to the point, the pale, thin scrivener drifts through the office, silent and spectral, disturbing clients and the narrator’s colleagues. Though our narrator tries many kind and empathic methods of exorcising Bartleby from the building and his own life—offers to find Bartleby other employment, gentle but increasingly insistent suggestions that the scrivener get back to work or quit the premises, even an offer to take Bartleby to the narrator’s own home—nothing works.

Perhaps even worse, Bartleby haunts the narrator’s thoughts and his conscience. Walking through the streets, riding home in the evenings, the narrator finds his thoughts continually returning to Bartleby—where did he come from? What catalyzed his melancholy? How might he be helped? Even the existence of the story as a first-person narrative suggests that Bartley continues to haunt the narrator, even after much time has passed.

We might apply this same lens when reading texts as different as King Lear (the crazed, deposed version of Lear), Harper Lee’s To Kill a Mockingbird (Boo Radley), William Faulkner’s “A Rose for Emily” (Emily Grierson), and Louise Erdrich’s “Matchimanito” (Fleur Pillager).

Other stories feature the classic “person haunted by the past” plot. When these works are set in the American south—Lee’s novel, Faulkner’s greatest book-length works, many of Edgar Allen Poe’s writings, the oeuvres of Flannery O’Connor and Barry Hannah, and Cormac McCarthy’s Child of God—they are often labeled Southern Gothic. These works often share general Gothicism’s focus on the dramatic and the sordid, on characters’ madness, on a sense of decay or decline in society and the environment. Some critics ascribe magical realism as a characteristic of Southern Gothic, but the hauntings and other outlandish phenomena are often figurative or symbolic. Take, for example, McCarthy’s Lester Ballard, a serial killer and necrophiliac, or, in a still disturbing but less extreme example, Faulkner’s The Sound and the Fury, which charts the decline of the once-great Compson family. The Compsons descend into social irrelevance, poverty, mental instability, and incest as they struggle to reconcile their slaveholding prominence in the Old South with their diminution in the new. There is nothing supernatural about these characters or situations, but their dark tones, sardonic humor, and characters grappling with the sins of the past contribute to a Gothic sense of darkness and degradation. These works utilize hauntings without literal ghosts.

Other works explore different versions of ghosts and hauntings. Toni Morrison’s Beloved is one such. Sethe lives in a “spiteful” house inhabited by both living people and restless spirits, but she is also haunted by her own actions, which, though well-intentioned, lead directly to the literal haunting. This plot reminds us that the past can haunt our characters, but that this kind of haunting requires a present-time emotional anchor—in Sethe’s case, her misery and guilt over the deaths of her children. She is also haunted by slavery; like an unquiet ghost in a gothic novel, the specter of chattel slavery, represented by the slave catchers who find her in the north, returns to destroy her life.

Another Morrison novel, Paradise, suggests that trauma—physical, emotional, or mental—often haunts its victims. This book’s plot hinges, in part, on a group of traumatized women’s attempts to accept their wounds and build something positive in the spaces those traumas carved out. In this book, the characters are haunted by the ghosts of their pasts and of major social ills like sexism and racism.

Some of the best ghost stories combine, as Beloved does, different kinds of hauntings. Stephen King’s ‘Salem’s Lot is ostensibly a vampire story, but the town is also haunted by its past, exemplified by the eerie Marston House. The protagonist, Ben Mears, struggles with his own “ghosts”—his dead wife, a flagging literary career—even as the events of the book ensure he will be haunted by his failures to protect the town.

These are only a few of the ways that we might parse the idea of haunting. The ghost story is a rich sub-genre that can comfortably fit with the broader confines of horror, thrillers, and suspense, but in the hands of a motivated and capable writer, a good ghost tale can take many forms and provide a deep examination of a character’s emotional evolution. Combining genre fiction’s focus on plot with literary fiction’s concern with character yields unforgettable stories. In this sense, ghost tales represent one of the most versatile and exciting forms in all of fiction. 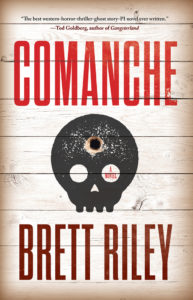 Brett Riley is professor of English at the College of Southern Nevada. He grew up in southeastern Arkansas and earned his Ph.D. in contemporary American fiction and film at Louisiana State University. The published author of a body of short fiction, Riley has also won numerous awards for screenwriting. Riley lives in Henderson, Nevada. Comanche is his debut novel. 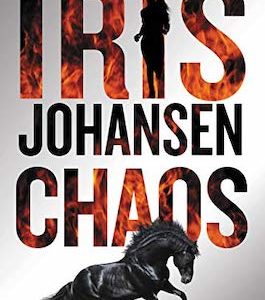 Alisa could see Korgan sitting in the study at his desk drinking a cup of coffee as she paused near the bottom of the staircase....
© LitHub
Back to top